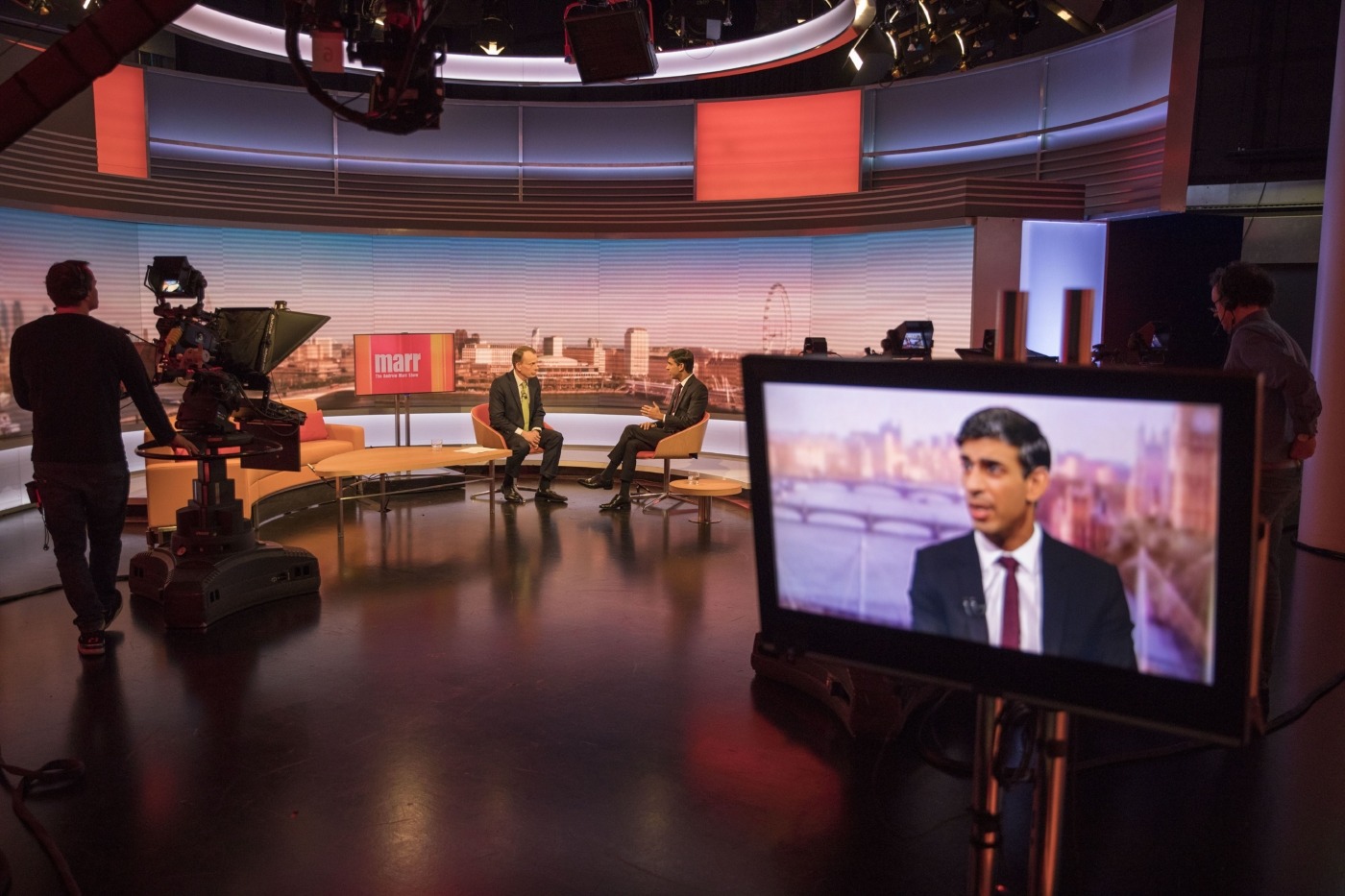 At its peak, the British Empire controlled over 80 countries and territories, extorting cotton, wool, sugar, tea, spices, silk and slaves in return for the prestige and pride that the British thought these colonies gained from their rule. Although Britain still retains sovereignty over 14 territories outside the British Isles, the end of the British Empire to many was marked when Hong Kong was handed over to China in 1997. The 1950s saw the Empire start to wane in power. However, 70 years on, Britain is still reaping rewards of its past actions.

An ever-rising sentiment of patriotism has been held among the British public since the Brexit movement. Self-belief, self-sufficiency and a desire to be independent of any external influences are the dominant motives behind the movement.

An ever-rising sentiment of patriotism has been held amongst the British public since the Brexit movement.

Despite this rising trend, the name on the tip of every Brit’s tongue during this coronavirus pandemic seems uncharacteristically foreign – Rishi Sunak. The Chancellor of the Exchequer broke onto the scene when the announcement of his first budget took place on the 11 March 2020. A little over a month later, most are touting him to be the next British Prime Minister.

The name on the tip of every Brit’s tongue during the pandemic seems uncharactaristically foreign – Rishi Sunak.

Since 1721, Britain has seen 77 individuals hold the post of Prime Minister. A common ground can easily be identified amongst the 75 men and 2 women who have held the post – their white ethnicity. So how is it that amidst a widely held nationalist sentiment and after almost 300 years of ethnic tradition that a man of Indian origin is now the nation’s favourite politician?

Rishi is the son of an NHS GP father and local chemist shop owner mother, both of whom emigrated to the UK through East Africa from Punjab. He has been educated at some of the world’s finest universities, attaining a PPE degree from Oxford and an MBA from Stanford. Upon completion of his education, he worked at American investment bank Goldman Sachs in California before moving back home to the UK to work for a London based hedge fund management firm. His prosperous career continued when he launched his own investment firm, Theleme Partners, with former associates which opened with an initial investment of 536 million GBP. Sunak later married the daughter of Indian business tycoon N. R. Narayana Murthy, whom he met when studying at Stanford. He was appointed Director alongside his wife in his father-in-law’s investment firm, Catamaran Ventures UK Limited, before resigning 2 years later to focus on his political career.

Rishi contested the UK general election from Richmond and won with a majority of 35.6% of votes. Having been elected MP of Richmond, he worked as a member of the Environment, Food and Rural Affairs Select Committees before being re-elected as MP with an even larger majority. A brief stint at the Ministry of Housing Communities and Local Government was followed by an appointment as the Chief Secretary to the Treasury. After a third victory as MP of Richmond, Sunak was promoted to the second most powerful political position in Britain, Chancellor of the Exchequer, following the resignation of Sajid Javid from the post.

Having only assumed office on the 13 February 2020 as the Chancellor of the Exchequer, Sunak would have just started settling into his new office before the coronavirus pandemic started to gain traction. Only 39 years old, a tender age in comparison with other politicians, doubts were cast early on over his ability and experience to keep the nation on its feet during the storm that was about to ensue.

Doubts were cast early on over his ability and experience to keep the nation on its feet during the storm that was about to ensue.

It is said that adversity does not build character, but reveals it. A more accurate quote could not be found that describes how he has handled the situation so far. Sunak proposed an unprecedented response to the coronavirus situation. “The government is going to pay people’s wages”, he said when he addressed the nation. His covenant of doing whatever it takes to battle the storm was not the exact reassurance that the British public expected, but one that they desperately needed. Having initially delivered his calmingly eloquent speeches adjacent to the Prime Minister, he was forced to take center stage when Boris Johnson himself was taken ill by the coronavirus. Many contemplated whether he would shine in this trying situation or succumb to the pressure. In a sense, it was his audition for the role of Prime Minister, one for which he wasn’t given the opportunity to prepare.

Sunak proposed an unprecedented response to the coronavirus situation.

But this wouldn’t be the first time that a person of non-white ethnicity is being hailed a British national hero. As of recent, two instances come to mind, albeit in the sporting world. In 2018, the English national football team gave the country their best result – 4th place – in decades at the most prestigious international football competition, the FIFA World Cup. Out of the 23-man squad, only 12 players were of full English white ethnicity. Kyle Walker, Danny Rose, Raheem Sterling and Ashley Young are all from originally Jamaican families. Jesse Lingard and Marcus Rashford derive from the Caribbean Islands, St. Vincent and the Grenadines and Saint Kitts and Nevis respectively to be more precise. Fabian Delph and Ruben Loftus-Cheek are of Guyanese origin. Danny Welbeck has his roots in Ghana and Dele Alli in Nigeria. Trent Alexander-Arnold has a family of American nationality.

This wouldn’t be the first time that a person of non-white ethnicity is being hailed a British national hero.

In 2019, England won the twelfth edition of the Cricket World Cup, their first ever tournament win in the competition. Questions arise as to how victory eluded them for 44 years, given that they’re attributed with founding the game. But one doesn’t have to look much further than the composition of the team. Out of the 15-man squad, only 8 players are of full English white ethnicity. Jason Roy has South African heritage, as does Tom Curran. Adil Rashid and Moeen Ali originate from Pakistan. Jofra Archer was born in Barbados before moving to England. The man who brought it home himself, Ben Stokes, came to England at the age of 12 from New Zealand.

Although the sentiment that Britain took everything valuable from its colonies is widely held, it is quite arbitrary. A nation that stands in stark contrast to other ex-British colonies is Singapore. Whilst most countries rushed to cover up evidence of British rule post-independence, Singapore has, in fact, embraced it. The streets of Singapore can be seen littered with Victorian architecture amongst a sea of postmodern skyscrapers. Its reputation as the ‘emporium of the East’ has seen its economy flourish, with excellent standards of healthcare and education. The nation is also a reasonable heavyweight on the world stage, an uncharacteristic trait for countries of its size.

With leaders of giants US, UK, India, Russia and China coming under scrutiny more than ever before from the very people who elected them, Sunak’s rise to popularity is a breath of fresh air. A new breed of modern-day leaders seems to be emerging since Justin Trudeau’s election as Canada’s Prime Minister in 2015, a firm favourite amongst the people of his nation. At a time when Indian politics is struggling to find leaders of any sort amongst its youth, let alone, one with such effortless flair and finesse, Rishi Sunak seems to stand out as the one that got away. Whether Rishi Sunak is a diamond in the rough or a diamond already, it seems likely that he may soon prove to be the second Kohinoor that the British have taken from India.