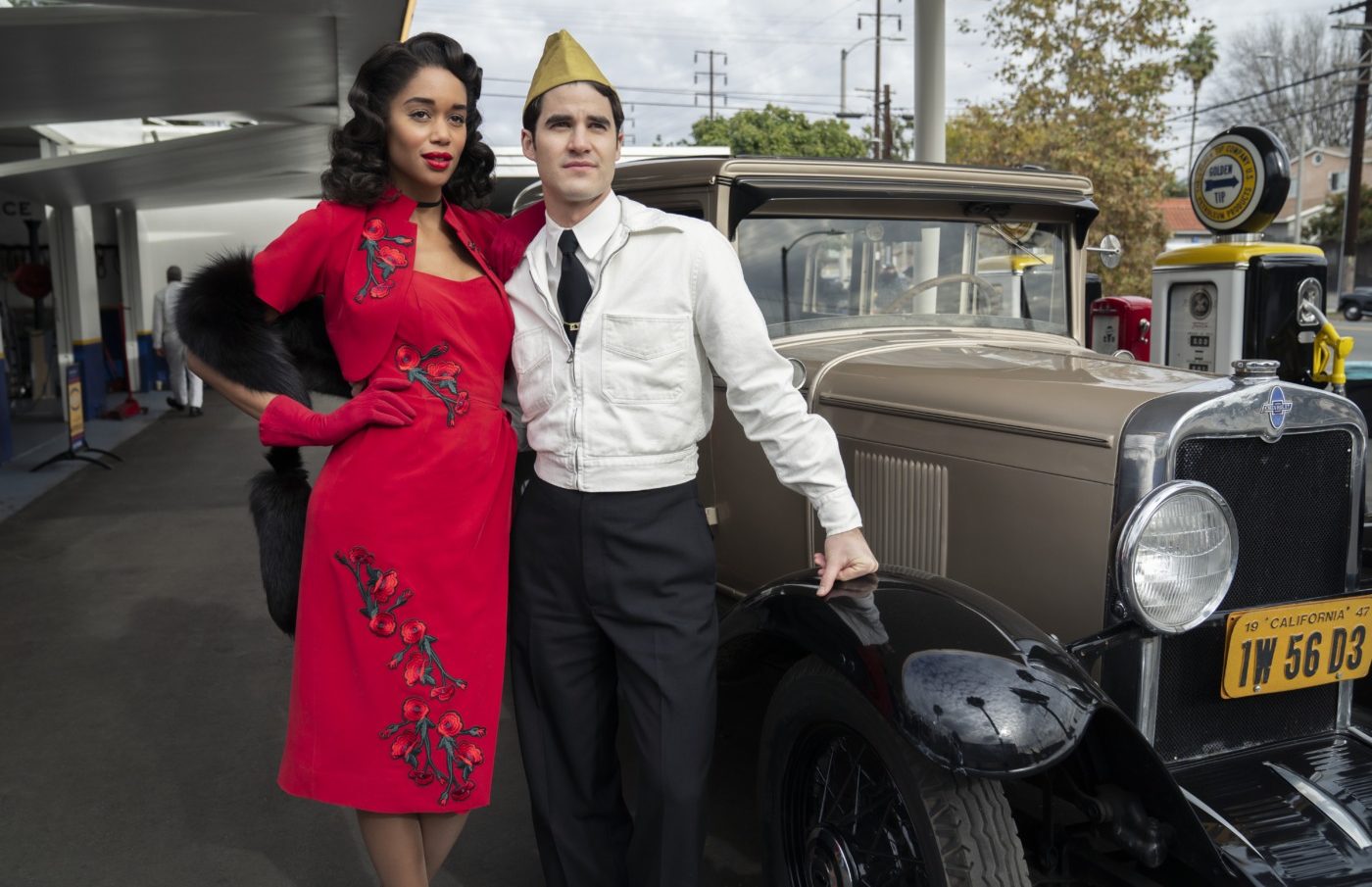 ‘Hollywood’: an exposé of the post-war American film industry

Watch any film from the Golden Age of Hollywood, stifled by the Motion Picture Production Code and the wholesome American image, and it’s easy to believe that the people who lived in these times reflected their cinematic depictions: mild-mannered, prudish, and with the velvet overtones of a refined Trans-Atlantic accent. However, Netflix’s latest series, Hollywood, flips that idea on its head.

Meet Jack Costello, a serviceman turned background extra hard up with renting troubles and failed acting gigs, who gets scouted to work for a gas station servicing a very special clientele. Oh yes. Those italics are used for a reason. It’s kind of like Diary of a Call Girl, if Billie Piper was a 1950’s movie extra who gets wrapped up in the most controversial film in Tinsel Town – and of course, with a jaw chiseled by the gods.

Hollywood is Ryan Murphy’s latest creation. You might recognise that name. He’s the artistic force behind some of the 21st century’s campiest series: Nip/Tuck, The Politician, Pose, and not forgetting the juggernauts of Glee and American Horror Story. To say he’s a titan of the TV industry is an understatement. Murphy is the Wizard of Oz behind small screen magic.

The show gives you far more than tongue-in-cheek: the 18 certificate rating gives you the tongue, the cheek and all of the NSFW details in between

The creator has always had a knack for combining raunchy humour with darker plotlines, and Hollywood’s exposé of the seedy underbelly of the film industry, which follows the making of Meg, a film itself about the damaging effect of Hollywood, is no exception. The show gives you far more than tongue-in-cheek: the 18 certificate rating gives you the tongue, the cheek and all of the NSFW details in between.

And whilst some of the show’s more serious topics are undermined by its unrelenting humour – most notably, male prostitution – it does handle the dramatic aspect of the show well: it particularly excels in it’s presentation of racial discrimination. Jeremy Pope, who plays Meg’s writer Archie Coleman, depicts the struggle for black creatives to break into the industry excellently. And while not a main character, modern audiences can relate to Queen Latifah’s funny and defiant portrayal of Hattie May Daniels, the first black actress to win an Oscar.

This is the first instance of the show borrowing from real life. Any fan of Old Hollywood will notice resemblances between the show’s main plot lines and sensational rumours of film’s past, particularly in the focus on gay relationships, which is presented with humour, honesty, and at times, touching tenderness.

Hollywood brings to life other stars too, ranging from an unhinged Vivienne Leigh to Anna May Wong, the Chinese-American actress rejected for a whiter model in a sad but common example of industry white washing.

As Murphy told the New York Post, Hollywood is his way of “giving some people who were dealt a terrible hand by Hollywood a happy ending”

Hollywood has its real villains – most notably, Henry Wilson, a talent agent played by Jim Parsons in what was for me the show’s best performance. While on paper, his struggles with his own sexuality should lead you to empathise with him, Parsons’ tyrannical and frenzied portrayal makes you pray that he gets a brutal comeuppance. (No spoilers, but you won’t be disappointed.)

This is definitely a show where the men shine. David Corenswet, Hollywood’s lead, is set for big things, and AHS actor Dylan McDermott makes a memorable appearance as gas-station owner Ernie West. Younger female leads pale in comparison: Mrs Castello is forgettable and Camille’s character, played by Lauren Harrier, has about as much depth as a spoon – particularly disappointing given the importance of her role. Instead, it’s the older women that keep the show spunky and entertaining. Murphy did well by scoring Holland Taylor and Patti LuPone, whose skill carry the weight of the less experienced actors.

As Murphy told the New York Post, Hollywood is his way of “giving some people who were dealt a terrible hand by Hollywood a happy ending”. This could explain the show’s finale, which, without giving too much away, wraps up all of the loose ends in a rather unconvincing yet crowd-pleasing package – and one that also indicates that Netflix’s latest limited series won’t have a follow up.

It’s short enough to binge within a few days, but offers enough references to real life characters and events to get you lost down a Wikipedia black hole

Hollywood, whilst not Murphy’s prize creation, will likely be remembered as one of Netflix’s best series this year – it’s short enough to binge within a few days, but offers enough references to real life characters and events to get you lost down a Wikipedia black hole. Where it truly shines, however, is in its depiction of how minorities, from gay men to black women, fought for acceptance in post-war America: with the #MeToo movement and #OscarsSoWhite still in troubling memory, the show reminds us that it’s a battle yet to be won.