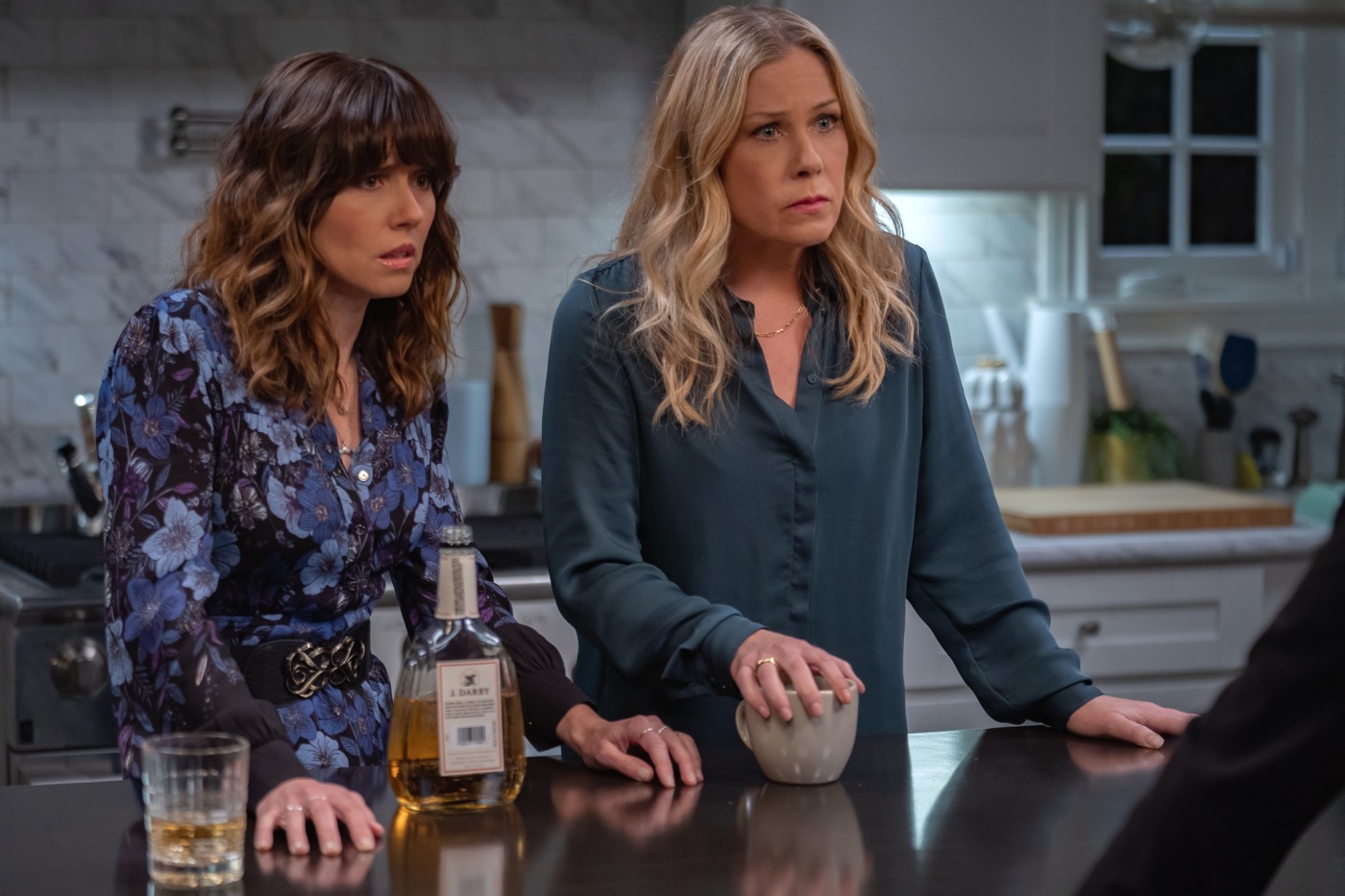 ‘Dead To Me’ season two was a bit dead to me

By Lauren Nicholson
May 27, 2020
Posted in Points of View, Reviews, TV, TV Picks

When I heard Dead to Me was being renewed for a second season I was beyond ecstatic. I had just watched the first season in one sitting and the cliff-hanger was probably one of the best I’ve seen on TV – apart from The OA. Season two was just as witty and clever, but plot wise nothing this season even came close to the first’s ending. It didn’t have me on the edge of my seat, and unfortunately most of the plot was pretty predictable this time.

The show began with a strong start: the introduction of Steve’s identical twin Ben was unexpected and the fact the brothers are complete polar opposites added to the twist. Straight away the humour of the show resumed – my favourite part of season one had to be the end scene of Steve’s body in the pool with ‘It’s a Good Day’ playing in the background. Amusingly dark. But after this the show went pretty downhill.

It didn’t have me on the edge of my seat, and unfortunately most of the plot was pretty predictable this time

Some of the parts of the plot used to drum up tension really just made me dislike the characters instead. The storyline of Charlie stealing Steve’s car had me feeling a bit angry towards Charlie rather than anxious he was going to get caught. In fact, I don’t think I would have been upset if Charlie had been charged for murder. And oh god, don’t get me started on Parker. I want to say Jen having to pay her a ridiculous sum of 1,000 dollars to take down an Instagram photo was a bit too unrealistic, but then again have you met our current generation?

The realism of the show is what first drew me in – not only does it tackle losing a loved one in a fresh way, but also touches on coping with domestic abuse through Judy, among other issues. I must also applaud season two for Judy and Michelle’s relationship: it didn’t feel like it was just included so the show could achieve representation points. It worked really well and was essential to the plot.

I must also applaud season two for Judy and Michelle’s relationship: it didn’t feel like it was just included so the show could achieve representation points

Yet what also wasn’t realistic this time was the police presence. The humanisation of Detective Perez is a brilliant example of character development, but her final decision in the show really felt out of character to me. She spends most of the two seasons suspicious of and bitter towards Jen and Judy and when she’s finally given the opportunity to show she was right to be, she just lets them go. While I can understand the reasoning behind her decision, as a police officer she must know covering up crimes or hiding evidence is only going to make things worse. Her part in protecting Jen then just seems a bit silly.

However, the most infuriating part of the show had to be Jen and Ben’s relationship. For one you can’t even make a ship name from it – Jen combined with Ben just makes “Jen” or “Ben”. I am a fan of self destruction on TV, it just makes me feel a bit better about my life, but this was next level. Even though I did predict it would happen, it still felt like one of those ‘surely this can’t be happening’ moments. I think I lost a bit of respect for Jen too – not even the murder did that.

The plot has come in a full circle now and had me thinking “really they’re doing this again?”

The ‘cliff-hanger’ also didn’t do much for me this season. It felt shoved in at the last minute and more like an excuse for another season, especially as Ben was the driver, but hopefully they can explain this in season three. It didn’t feel shocking to me and instead made me sigh. The plot has come in a full circle now and had me thinking “really they’re doing this again?” Sort of like how season three of 13 Reason Why has you wondering how the show is still being renewed.

Regardless, I will still be watching season three of Dead to Me (and four of 13 Reasons Why) in the hope that the show can redeem itself. It was a bit dead this season plot wise, but not as dead as Steve that it can’t win me back again.