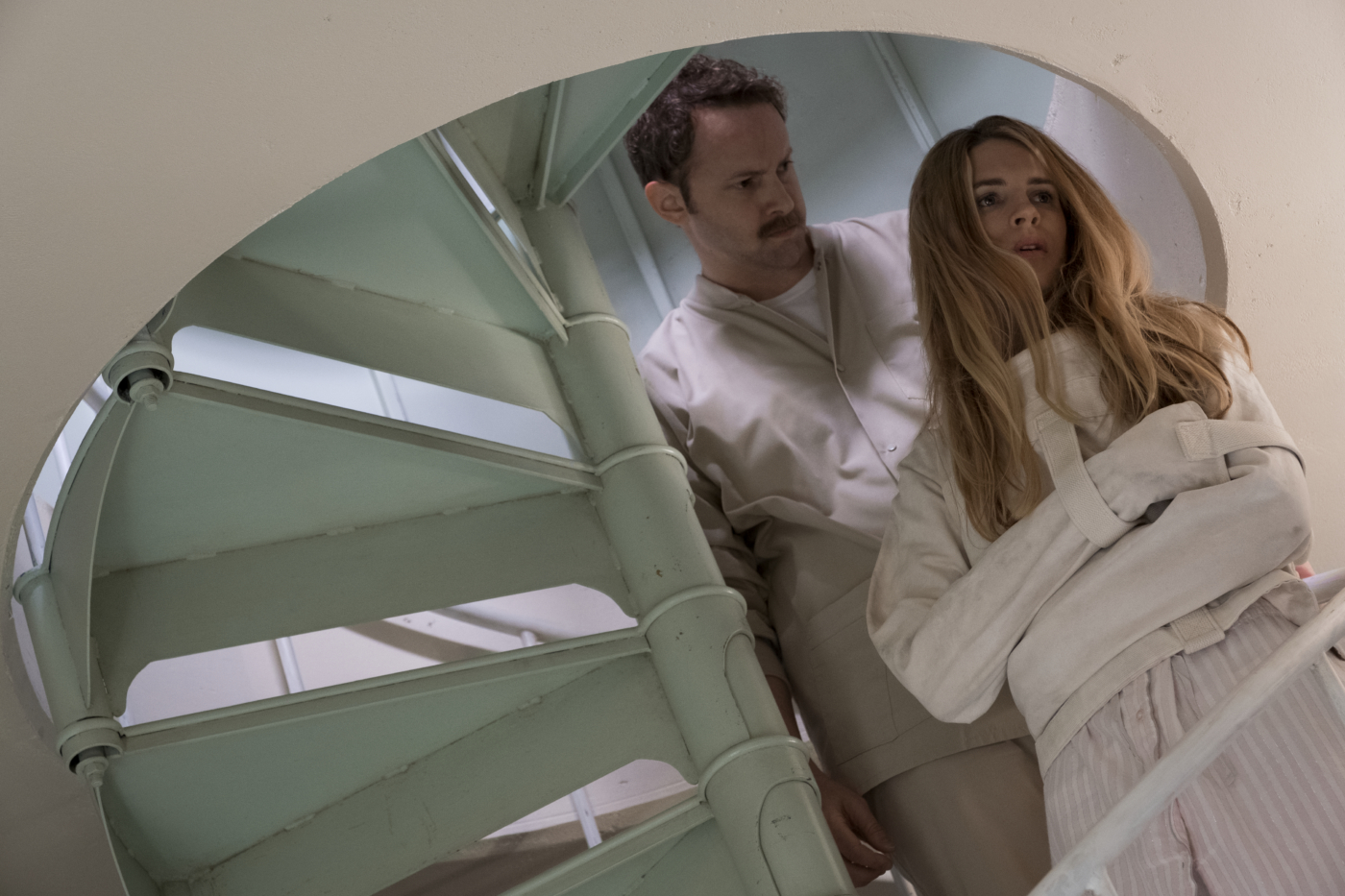 You probably hear everyone say this about their favourite TV show, but The OA is really something special. Everything about the show is beautiful, from the visuals to the acting. The aesthetics of the first season are just incredible. Somehow the producers even manage to make what should be a creepy basement, look somewhat pleasing. They play well on the motif of water too, from the school bus that plunges into an icy lake to the small trickling stream some of the characters drink from to survive.

Minimalism aids the visuals a lot too. One of my favourite scenes from season 2 is when one of the characters, Steve, performs the Movements (a powerful dance-like sequence) on a beach. The music is so subtle and soft that you can hear Steve’s breathing, the beach waves and even hints of the wind. You watch day turn to night and it is just so calming, but underneath it all, the scene is anything but that. The shots of Steve’s face are just heart-breaking; his emotions are so raw and believable. Yet, you don’t even need to see tears to know how distraught he is, and so it is undoubtable that Patrick Gibson is a brilliant actor. Every time his forehead creases and every time he closes his eyes, you can feel the emotion in his acting. I just couldn’t look away.

The shots of Steve’s face are just heart-breaking; his emotions are so raw and believable

The plot is just incredible as well. You start the show completely confused and this feeling doesn’t really go away, even at the end of the season or into season 2. But it is what kept me hooked throughout. We learn about Prairie’s story at the same time as the four other main characters, and this is almost comforting, that someone else is just as baffled as you are.

I won’t spoil anything, but even when something seems obvious, the show twists reality and leaves you even more lost. Here’s a subtle taste of the show: season 2 features a talking octopus called “Old Night.” He definitely haunted my nightmares for a bit. I’m not entirely sure how anyone thought of the idea, perhaps some not so legal substances were involved, but somehow The OA just made it work. It really didn’t seem out of place at all.

Yet the show doesn’t just rely entirely on fantasy. Each of the characters have their own very real demons they are battling with outside of the main plotline; such as Steve’s temper and lack of a drive for education, or Buck’s father rejecting him because he is transgender. We even see Prairie’s struggle to maintain a relationship with her parents after so long. All these are very real issues and bring The OA’s story much closer to home. It even makes it seem somewhat possible, no matter how unbelievable everything may seem. Perhaps that is what makes it so chilling and unforgettable.

This is added to by the cliff-hangers at the end of each season, which just makes me even more upset at the show’s cancellation, especially since the creators revealed having already planned out the plot beyond season 3. Not only Love is Blind, but clearly Netflix is blind as well if they choose shows like that over The OA.

My favourite fan theory suggests that the show’s cancellation is just playing on the fact the characters end up in a dimension where The OA is being filmed at the end of season 2. However, it has pretty much been a year since the second season was released and its cancellation announced. I doubt the producers would have been able to hide the filming from the media for this long. Regardless, The OA will always be one of my favourite shows for how unique it is, and so far no other has come close enough to claim its crown.