Durham University has announced its plans to allow students to return to collect their belongings from their accommodation, causing accusations that the university was “U-turning” on previous information given.

In an email sent to all students on 22 May, the university addressed the concerns of students who privately rented accommodation this academic year and planned to return to Durham for their belongings. Students returned home for Easter vacation and could not return as a result of the UK’s lockdown.

Those living in college accommodation have been asked to book collection slots from 27 May onward. The deadline for students to return for their belongings is Friday 10 July.

The email also addressed those who are physically unable to return to Durham before the deadline, particularly international students who have now returned home, and suggested that they may wish to use a courier service to collect their belongings.

The university will dispose of any possessions that remain uncollected in person or via private courier before 10 July.

However, the “Consent to Terminate (Licence) Agreement and Pack up Room” form, which has been accessible on the university’s website since 23 April, previously stated that left belongings from students would be covered under their policy for an “unlimited period of time during the policy period”.

This is a hugely important email with key information that directly contradicts information previously sent to students, therefore, it’s understandable that many of them will be confused and distressed by this sudden U-turn

Caragh Evans, JCR President of Collingwood College, told Durham’s student newspaper Palatinate: “I think a few things weren’t thought through properly and that would be due to a lack of proper student consultation.

“Students seem to be expected to drive here and back in one day, which would be unreasonable.”

Evans commented that the timed release of the email “left college officers and Common Room Presidents to take the brunt of many questions late in the evening as it is impossible for us to not respond to students when they contact us through social media”.

“This is a hugely important email with key information that directly contradicts information previously sent to students, therefore, it’s understandable that many of them will be confused and distressed by this sudden U-turn,” Ms Martin said.

Ms Martin also told Palatinate: “Ultimately the U-turn was a betrayal of trust. I’ve had international students tell me they feel like they’ve been thrown under the bus. The whole thing just shows a lack of care and compassion.”

The Environmental Community of Durham University (ECO DU) has also criticised the plans. The group found fault with the “dangerously callous approach” of the university regarding the environmental implications of this decision.

The group spoke out against the decision to dispose of any possessions not collected by the deadline, arguing that “a huge amount of belongings (were) possibly being sent to landfill”. 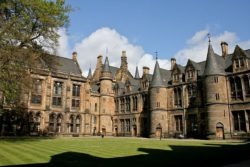 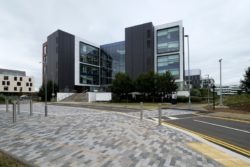