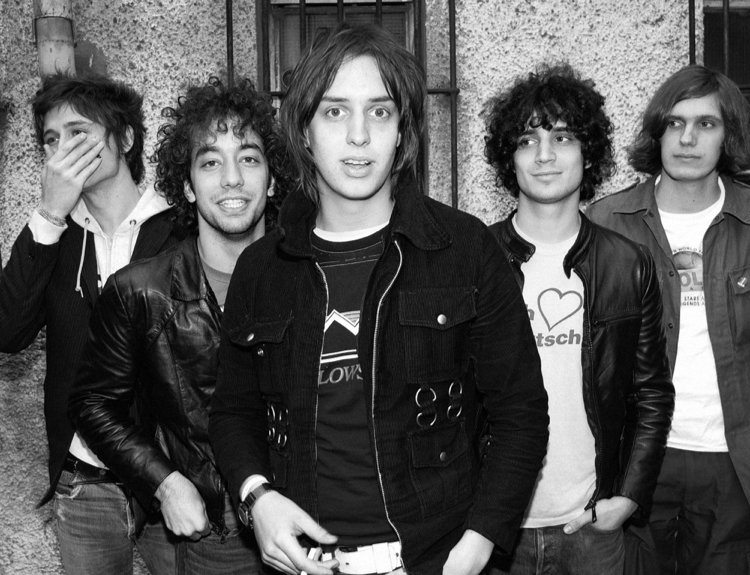 The Strokes, New York’s early noughties rock rebels with a storied two decades under their belt, return after a seven-year hiatus on The New Abnormal: an 80’s inspired rock and roll romp through influences and sounds they tried before but never quite mastered – until now.

The record’s predecessors, 2011’s Angles and 2013’s Comedown Machine, were recorded under fractious conditions, with frontman Casablancas recording separately from the rest of the band due to intra-group tensions. This manifested in The Strokes’ inconsistent and washed out records that failed to live up to their lofty new directions. The band is now well and truly back together, reunited in both sound and spirit, with the poppy electronic sounds toyed with on Angles finally pulling together a fully realised project.

The New Abnormal opens with ‘The Adults are Talking’, with the New Order-esque bass and guitar riffs presenting a bouncing energy complimented by the song’s drums, kicking off the project in a simple but stylish manner.

Casablancas’ crooning vocals on the track melt into the mix and the dreamy chorus is as infectious as it is melancholic. The call and response created between Albert Hammond Jr and Nick Valensi’s guitars in the post-chorus bridge is perfectly executed and produced, drenched in reverb with opposing panning creating a woozy surround sound.

Despite the lush and carefully placed instrumentation, it is truly Casablanca’s vocal talent that makes The New Abnormal something more than a pure 80’s homage, using his signature straining mid register, as well his insanely consistent falsetto, all along with the crooning tone that cemented the band as the cornerstones of cool at the turn of the millennium.

The album often oversteps the boundary between inspiration and recycling

The New Abnormal never hides its 80s pop and stadium rock influences, playing into the Van Halen keyboard and guitar sounds on ‘Brooklyn Bridge to Chorus’. However, the album often oversteps the boundary between inspiration and recycling. The ‘Bad Decisions’ chorus compares nearly note for note to that of Billy Idol’s Dancing with Myself, which once noticed mars an otherwise excellent song.

‘Eternal Summer’ bears more than a passing resemblance to Psychedelic Furs’ ‘The Ghost in You’, though this time its not egregious enough to collapse the enjoyment of the track – which is, in fact, fantastic.

The guitar line recalls that of an Angles’ stand out, ‘Machu Picchu’, but this time with more variety. The bass also plays a more significant role than in your average Strokes track, with a groovy and unusually complex part in the chorus/ breakdown.

Casablancas pushes himself into unfamiliar territory in these sections, adopting a more aggressive vocal delivery a la Richard Butler or Joe Strummer, providing an effective punch to the song, complemented by the suddenly staccato of Valensi’s instrumentation and Hammond’s screeching guitar.

The New Abnormal is filled with far more of that original energy, producing a more focused project than their two preceding records

‘At the Door’, when released as the first single for the album, filled me with scepticism, as its stripped-back production – which relies heavily on synthesisers rather than the band’s traditional instruments – led me to believe this may be the direction for the entirety of The New Abnormal.

The slow build and dreamy vocals are too washed-out for their usual energetic sound, the absence of which was the true failure of Comedown Machine. However, nestled within a full album of bouncy pop-rock tunes, ‘At the Door’ is a welcome moment of restraint whose sound only gets more intoxicating with every listen, taking all the right leaf’s from The Voidz’ book, Casablancas’ prolific side project of recent years.

‘Why are Sunday’s so Depressing’ is as humorous as it is stylish, coming the closest to a classic Stroke’s sound: it would have fitted First Impressions of Earth if the guitars were a little more distorted and the vocals less restrained. Although The New Abnormal is filled with far more of that original energy, producing a more focused project than their two preceding records, some songs fall a little flat. ‘Not the Same Anymore’ is rather monotone and exits the memory faster than it should, while ‘Brooklyn Bridge to Chorus’ borders on grating with its stabbing synths, forced catchy chorus and shoehorned adlibs.

While this album is far from becoming the crown jewel of The Strokes discography, it is a welcome return to the energetic form that they built their image upon

Fortunately, the album finishes strong with the stylish ‘Ode to the Mets’, whose sound closest fits the profile of Comedown Machine thanks to its church organ synths and lilting guitars: however, it manages to stick the landing much better than the majority of the previous release.

The New Abnormal is a well rounded and fun set of 80s tracks that sit somewhere between homage and pastiche while still remaining original, it’s only crime being its failure to cover the tracks of the album’s borrowed melodies. While this album is far from becoming the crown jewel of The Strokes discography, it is a welcome return to the energetic form that they have built their image upon.