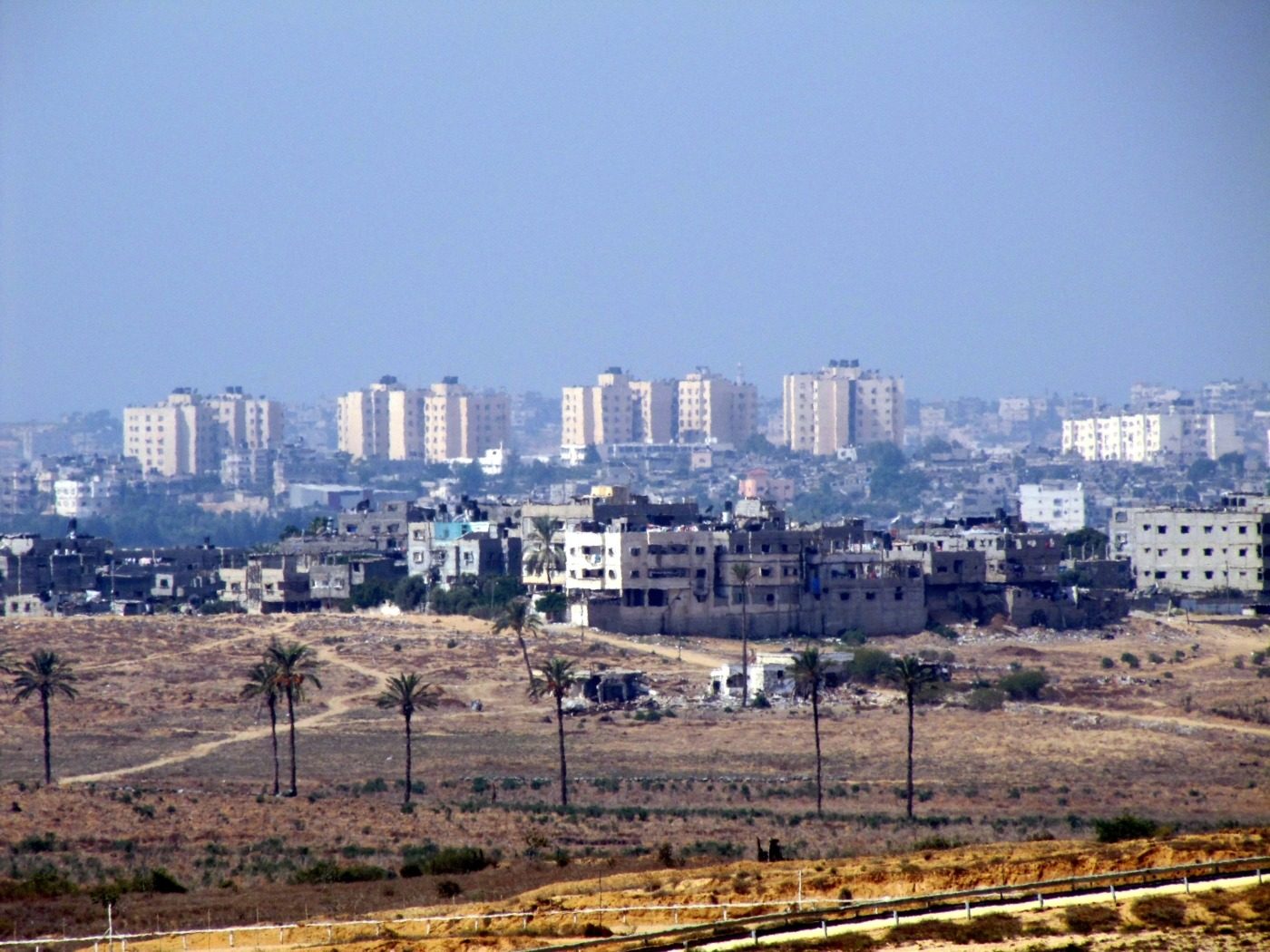 When faced with the nihilism pervading current discourse around the Israeli-Palestinian conflict, one struggles to imagine that a viable, peaceful solution is possible. Less than three decades ago there was strong optimism regarding the potential for an agreement. This optimism has since faded away, and in its place has emerged profound scepticism. Mainstream political sentiment between Israelis and Palestinians has polarised to such an extent that it is nearly implausible to imagine how, even in the instance that their respective leaderships reached a deal, either domestic constituency would accept it.

In the mid-1990s when negotiations were at their peak, there were vocal minorities staunchly opposed to making the array of concessions that an agreement would entail. On one hand, the Israeli right baulked at the prospect of relinquishing historic Judea and Samaria, which constitute the West Bank. On the other, hard-line nationalist and Islamist elements within the Palestinian body-politic perceived any recognition of the Israeli state as anathema. Nevertheless, there was still a majority amongst both the public and political elites in favour of a two-state solution. What happened?

The “Deal of the Century” recently put forward by the Trump administration is lucidly illustrative in this respect. An array of attempts have been made by past US Presidents to mediate a solution to the conflict – the most concerted of which came from Bill Clinton, in the form of the Oslo Accords – yet none have been so careless and brazenly one-sided as the current offer.

An array of attempts have been made by past US Presidents to mediate a solution to the conflict.

The Oslo Accords were agreed between Yitzhak Rabin and Yasser Arafat, the Israeli Prime Minister and head of the Palestine Liberation Organisation (PLO), in 1993. This saw Israel consent in principle to the establishment of a Palestinian state for the first time since the initiation of the occupation. The resulting ‘Clinton Parameters’ tentatively agreed to by Rabin and Arafat would have seen between 94 and 96% of the West Bank’s territory (along with the Gaza strip) return to Palestinian control. The retained clusters of land encompassed 80% of the Israeli settler population. Alternatively, the so-called “Deal of the Century” accords the Palestinians only 70% of the West Bank, with the remainder being annexed to Israel. Crucially, the Deal wouldn’t uproot a single settler, while incorporating “the vast majority of Israeli settlements into contiguous Israeli territory” in spite of their illegality regarding prevailing international law.

The “Deal of the Century” accords the Palestinians only 70% of the West Bank, with the remainder being annexed to Israel.

What can explain such a shift? In conjunction with what is considered the most pro-Israel US administration yet, Israel’s settler population has dramatically increased since Oslo. In 1992, there were 100,000 settlers living in 123 settlements in the West Bank.  At that point in time, this figure already posed a headache for negotiators of a prospective peace deal, as many right-wingers were hostile to the prospect of any Jews being forcefully removed from their historic lands. Fast forward to 2017, and the number of settlers had swelled more than four-fold to approximately 413,000.

The settlers have since emerged as a key interest group in Israeli society and politics, in particular wielding immense influence within the right-wing. A recent anecdote perfectly exemplifies the extent to which this is the case: while the forces of the political right have largely coalesced around the Trump plan, there have still been dissenters claiming that the plan doesn’t go far enough. Ayelet Shaked, a senior figure in HaYamin HeHadash, one of the parties in the Yamina alliance that sits to the right of Netanyahu’s Likud party, expressed reservation over the plan’s provision for a Palestinian state. Many of the settler leaders publicly concurred, expressing concern over a scenario in which a rightist government would recognise a Palestinian state and hence codify Israel’s lack of sovereignty over the West Bank in its entirety.

Just as crucially, the country’s proportional electoral system necessitates that any prospective government be constituted by parties collectively attaining at least 50% of the popular vote. As a result, it is much more difficult for mainstream parties to either dismiss or subsume parties on the fringe, whose backing they often need to construct a viable coalition. Israel’s relatively small base of religious Zionists constitute a crucial component of Netanyahu’s electoral coalition. This grouping – much of which constituted by settlers – perceives Jewish sovereignty over the entire West Bank as an irreconcilable imperative.

For every ultraorthodox and religious-Zionist party, less than 20% of their voters would accept the establishment of an independent Palestinian state, according to Haaretz newspaper. This means that the parties whose support is necessary for the establishment of a rightist government don’t agree with a two-state solution.

For every ultraorthodox and religious-Zionist party, less than 20% of their voters would accept the establishment of an independent Palestinian state, according to Haaretz newspaper.

While the aforementioned groups have seen their political sway increase over the last few decades, their stalwart opposition toward any concessions regarding the Palestinians isn’t new.

Less static, however, has been sentiment among Israel’s political mainstream, which has shifted substantially to the right. Haaretz reported that only 34% of all Israeli citizens supported a two-state solution. Even among voters for the centrist Kahol Lavan opposition party, only 57% voiced support for a two-state solution, showing how the constituency for peace has narrowed.

What about the Palestinian side? A poll taken shortly after the release of the “Deal of the Century” found that 94% of Palestinians rejected it, with 64% going as far as suggesting that violence was the only appropriate response. Additionally, support for a two-state solution amongst Palestinians, at 68% in 2008, has since plummeted to 39%. Mahmoud Abbas, the president of the Palestinian Authority (PA) which presides over the West Bank and leader of the Fatah party, rejected the deal and issued a “thousand no’s” to it in response.

94% of Palestinians rejected the deal of the century, with 64% going as far as suggesting that violence was the only appropriate response.

Some commentators on the Israeli right would insist that even if the Palestinian public rejects Trump’s plan, economic incentives from sympathetic Arab states could force them to swallow it regardless, such as Oman and the UAE. Saudi Arabia, Egypt and Jordan, on the other hand, which are more powerful players whose involvement would be necessary if the Trump plan were to attain meaningful legitimacy in the Arab world – opted to abstain entirely.

Diplomatic realities notwithstanding, even if these nations threw their weight behind the Deal, this still wouldn’t account for the assured opposition of Iran and its various proxies. If the political leadership in the West Bank and Gaza (Fatah and Hamas respectively) were perceived by their subjects to acquiesce to a one-sided agreement which they themselves rejected, said leaders would see their credibility and authority decimated.

How about in the Gaza Strip? In the improbable scenario whereby Hamas also acquiesced to the Deal, the various other jihadist groups operating in the territory would use it as an opportunity to erode the regime’s credibility and bolster their own support. Among these is the aforementioned PIJ, which benefits from Iranian backing and regularly fires volleys of rockets into southern Israel. Over the last several years Tehran has sought to bolster its presence throughout the Middle East via the cultivation of powerful proxies.

Officials in Jerusalem aren’t blind to the political reality on the ground, and perceive Hamas’s continuing rule to be in their country’s interest. This fact was laid bare when Israeli politician and ex-defence secretary Avigdor Lieberman revealed that Yossi Cohen, the head of Mossad (Israel’s equivalent of the CIA), had visited Qatar in February to lobby for the continuation of financial aid to Hamas. This might seem paradoxical,  but what are the immediate alternatives for an Israeli government that has zero intention to either annex the territory or provide it with full independence? It could either allow the Hamas administration to collapse, which would in turn push Gaza toward anarchy and empower even more radical groups, or maintain the precarious, but ultimately stable, status quo. As in the West Bank, politics in the Gaza Strip is delicate as is; imposing unswallowable compromises would almost certainly backfire.

The Israeli government could either allow the Hamas administration to collapse, or maintain the precarious, but ultimately stable, status quo.

As put by US official Aaron David Miller, there is effectively “zero chance of reaching a conflict-ending accord, as neither Palestinian Authority President Mahmoud Abbas nor Netanyahu were willing or able to make the decisions required to achieve one”. It is easy to ridicule Trump’s “Deal”, but it is nevertheless symptomatic of the times; any settlement palatable to a broad cross-section of society on one side will inevitably alienate and enrage those on the other. Barring some unforeseen, momentous event which irrevocably shifts the political landscape, don’t expect a durable Middle East peace to emerge any time soon.