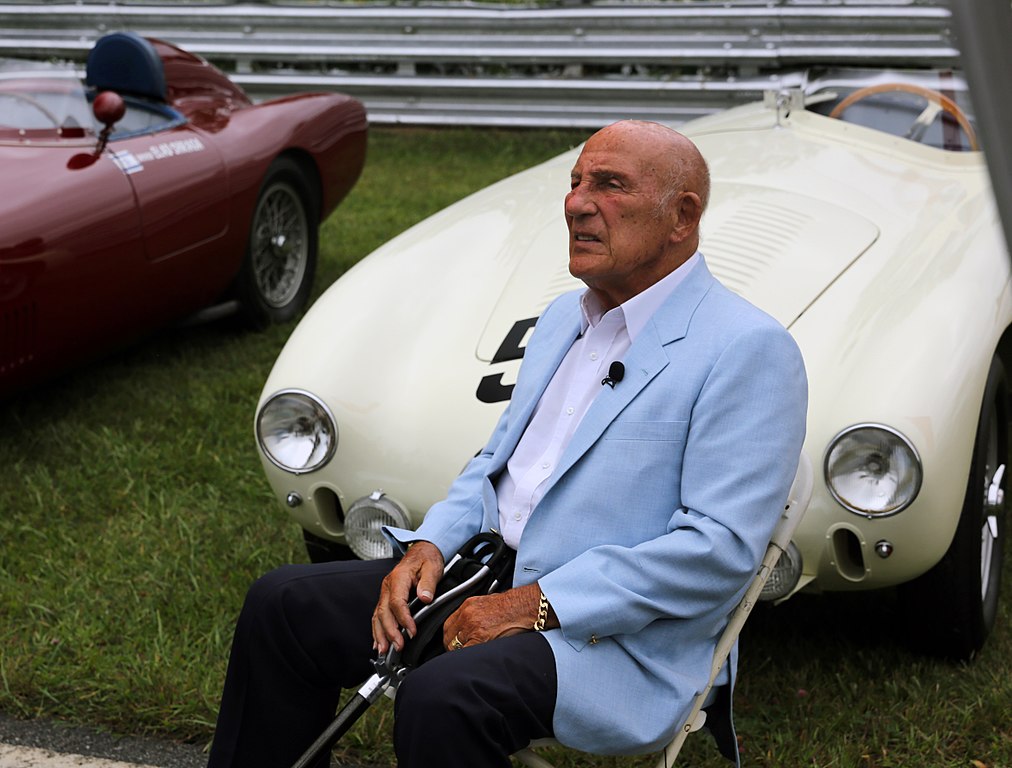 It’s rare that the death of a sports figure casts a shadow over the entire sport – such was the stature of Sir Stirling Moss, who died after a long illness aged 90. Moss is a name that is almost synonymous with Formula1, his loss a sad day for the sport. Born in London in 1929, the son of a dentist, Moss would go on to become one of Britain’s most iconic sportsmen and the greatest driver of his generation.

Moss began racing in 1948, having put down a deposit on his first car with winnings from horse-racing bets. He then raced in F1’s romantic age, the 1950s and early 60s, in a short but stellar career. He started 66 races and won 16 of them, a record for an Englishman until 1991. He made the history books in 1955, becoming the first British driver to win a home Grand Prix at Aintree.

Even though his contemporary rivals acknowledged he was the best, he never won the World Championship – he was runner-up four times and third on three further occasions. Part of this was a reliability issue, with the machinery letting him down in two seasons he should have won. It was, in part, due to his determination to drive for English privateer teams; Moss famously turned down a request by Enzo Ferrari to join his team after the 1961 Monaco Grand Prix.

Moss’ failure to secure the World Championship throughout his career was also linked to his respect of fair play. He won the most races in the 1958 season and, in the Portugal Grand Prix, his nearest rival Mike Hawthorn was disqualified for being pushed up the pitlane. Moss complained the punishment was too harsh, and Hawthorn was awarded six points; he beat Moss to the title that year by a single point.

Moss was badly injured in a crash at the 1960 Belgian Grand Prix, missing most of the year, although he recovered to win the season-ending US Grand Prix. He was no stranger to injury – driving cars at 200mph with comparatively poor brakes and little protection, he lost teeth, and broke both of his legs, his back, his shoulder and his skull.

He was comatose for a month, partially paralysed for six and out of racing for a year

His final season in F1 is widely regarded as his greatest, with his skill helping his under-powered Lotus mount a serious title challenge against the dominant Ferraris. Sadly, this would be the end of Moss’ F1 career – in April 1962, he crashed at Goodwood at a speed of 140mph. He was comatose for a month, partially paralysed for six and out of racing for a year. He did try to mount a comeback, but Moss was forced to retire from the sport he loved.

Moss remained a major figure in the sport well into his 80s, with his views regularly sought on matters of the day, later becoming a good friend of Lewis Hamilton. He was knighted in 2000, and continued to appear at classic and historical car events, but much of his time was spent in his Mayfair home. He spent 134 days in hospital after suffering a chest infection while on holiday in Singapore in December 2016, finally retiring from public life in January 2018 because of ongoing health problems.

The world of motor racing has been paying tribute to Moss. Damon Hill said: “No-one ever regarded Moss as anything less than one of the greats. He launched all the other careers of British racing drivers who went on to become world champions, of which he was sadly denied”.

Moss’ achievements and talent continue to set the standard

Former team boss Eddie Jordan praised Moss’ impact: “He was one of the greatest drivers ever. He was the one person that transcended the sport.”