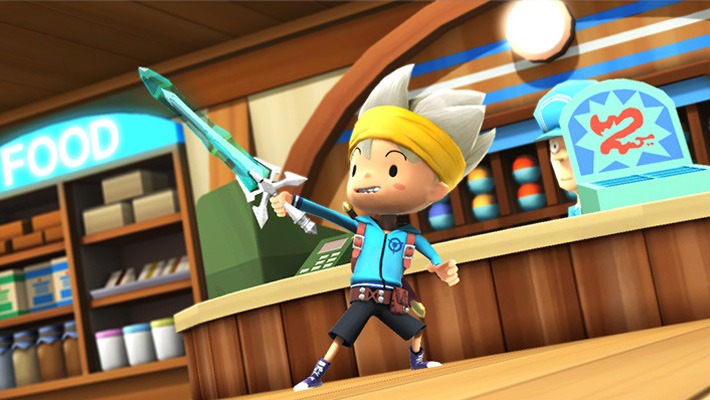 It’s a bit of a running joke that I only ever play things that are puzzle games, or that look like their target audience is ten-year-olds. True to form, I picked up a copy of the adorable RPG Snack World: The Dungeon Crawl – Gold on the Nintendo Switch, and have been mostly enjoying myself. Now I’ve finished the game, I can confirm that it is a generally fun and hilarious experience, although the need for grinding and a lack of challenge weighs it down towards the end.

Snack World is set in the adorably named Tutti Frutti Kingdom, and sees you take control of a young hero who is suffering from amnesia, a common trope in RPGs. You help the Royal Family face off against an evil Sultan hoping to resurrect a Deodragon that will devour the Kingdom and everyone inside it. This manifests itself in a series of dungeon quests, some of which drive the story, racking up loot and gaining experience as you do. There’s not much more depth to the story which is a bit of a shame, but as the whole experience is so charming, I found it hard to be annoyed.

Snack World’s combat system is pretty intuitive, with battles that take place in real-time, forcing you to engage with opponents. There’s a lot to think about, including your choice of weapon, known also as Jaras, ranging from swords and axes for close-combat to wands and bows if you fancy fighting at range. These come with special attacks that use up your Jara Points. Each weapon has benefits or issues with certain enemies, so it is critical to plan ahead if you are to succeed.

The enemies are one highlight of Snack World, with most of them based around really tenuous puns. I particularly enjoyed the Ogre Actor, a Shakespearean enemy who dies in a hugely dramatic fashion. If you defeat enough of an enemy, they can eventually be recruited to your team, at which point they are added to your list of ‘Snacks’. You can then use your new pals in quests, either as Party Snacks, where they join as your partner, or as Pocket Snacks that enable your hero to physically transform into them and use their skills.

There are lots of extra characters to recruit, too, taking your Snack database to over 250 Snacks. I actually found filling this list more enjoyable than the main story. The other major objective in Snack World is the accumulation of loot, most of which is used to craft gear or upgrade your clothing as your progress through the game. There’s a lot of luck involved early in the game, and I was stuck for a long time because my retries of levels did not grant me the materials I needed, frustrating me immensely. When I learned that it is possible to auto-select the best Jaras for each mission, it transformed the experience into a grind. If you follow the game’s difficulty recommendations, tackling certain quests only once you reach a certain level, it rarely poses much of a challenge.

Some of these flaws were easy to gloss over because of the game’s charm. The art style is imbued with character, with the world and its inhabitants always endearing to look at. Coupled with cracking lines and double entendres, Snack World’s hilarious script indicates this game really isn’t for kids, no matter how it looks. Some of the jokes don’t hit the mark (there’s an admirer of the princess who is far too creepy), but the humour is definitely far more hit than miss as far as I’m concerned.

Snack World: The Dungeon Crawl is a fun and engaging game—there’s a lot of longevity, although it risks feeling repetitive after a longer period of play, and is never particularly difficult to even a moderately experienced player. I’d recommend this for those who want to play a game that, above all else, is concerned with being fun, but don’t be surprised if this food-based game feels a little stale as you progress.