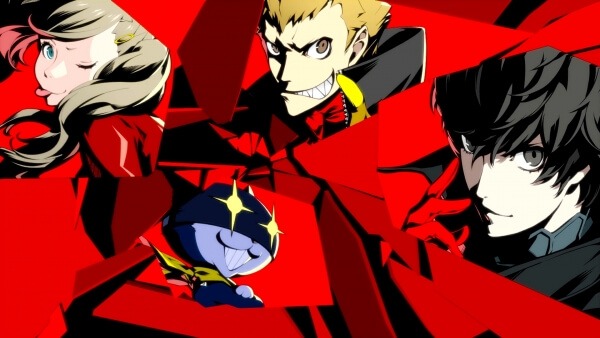 Atlus’ 2017 masterpiece Persona 5 has found new life on the PS4 with an enhanced version aptly named Persona 5 Royal. At its core, Royal is still the same fantastic Persona 5 experience.

The story still has the same general beats and twists early on, and the gameplay remains as solid as ever. The graphics have been enhanced for Royal, making them look even more vibrant than the original version, and there are some new music tracks that are a joy to listen to.

Being an enhanced version, there are some new additions to the gameplay that were not present in the base game. Two new Confidants have been added that allow the player to interact with two brand new characters, as well as gain new abilities for use in battles and exploration.

The Palaces, that act as Persona 5’s dungeons, and their respective boss fights, have been adjusted both to address previous balance issues and to incorporate new areas accessible through the new grappling hook ability. The upgraded Palaces also included the addition of a brand-new original dungeon to play through later in the game.

Atlus has achieved a seemingly perfect balance between new additions that enhance the brilliant base game, while not trampling on what made the original so fantastic

In the original version, Persona 5 took place over the course of two school terms yet, in Royal, a third is accessible once certain conditions are met. An optional side mode called the Thieves’ Den is available, where you can rewatch cutscenes from the game, listen to music, look at various pieces of concept art, play the Tycoon mini-game, and fulfil the conditions of the new in-game achievement system.

A lot of what Royal adds are small but very helpful quality of life improvements. There is much more to do at nighttime from a much earlier point, allowing you to manage your time better. There have been quite a few changes to the battle system too, allowing for combat to be even smoother and quicker than in the original, This includes the addition of further benefits to the Baton Pass system and special Showtime attacks, where two members of the cast perform a super powerful and stylish attack that can decimate foes.

The huge dungeon that players explore over the course of the game, Mementos, now has reasons that merit exploration in the form of Flowers and Stamps – collectables that allow you to get rare items and increase Experience, Money and Item rewards from battles. This serves as a much-appreciated upgrade over the original release, as Mementos was just a huge area explored only to advance the plot. Now, I’m actually interested in exploring it and completing side quests there just to see what I can find.

On the story side, many characters who originally appear late in the story are now sprinkled throughout the early game, leading to an improved build-up and more unity amongst the party members. There are also several previously text-only lines that are now fully voice-acted, which is a great bonus. These changes make me feel that if I went back to play the original version, I would seriously miss everything Royal introduced, making me wonder why these were not incorporated into the original version.

I feel confident in calling Persona 5 Royal the definitive experience already, not just story-wise, but also gameplay-wise. Atlus has achieved a seemingly perfect balance between new additions that enhance the brilliant base game, while not trampling on what made the original so fantastic. If you’ve yet to experience Persona 5 in any form, you can’t go wrong with starting with Royal.