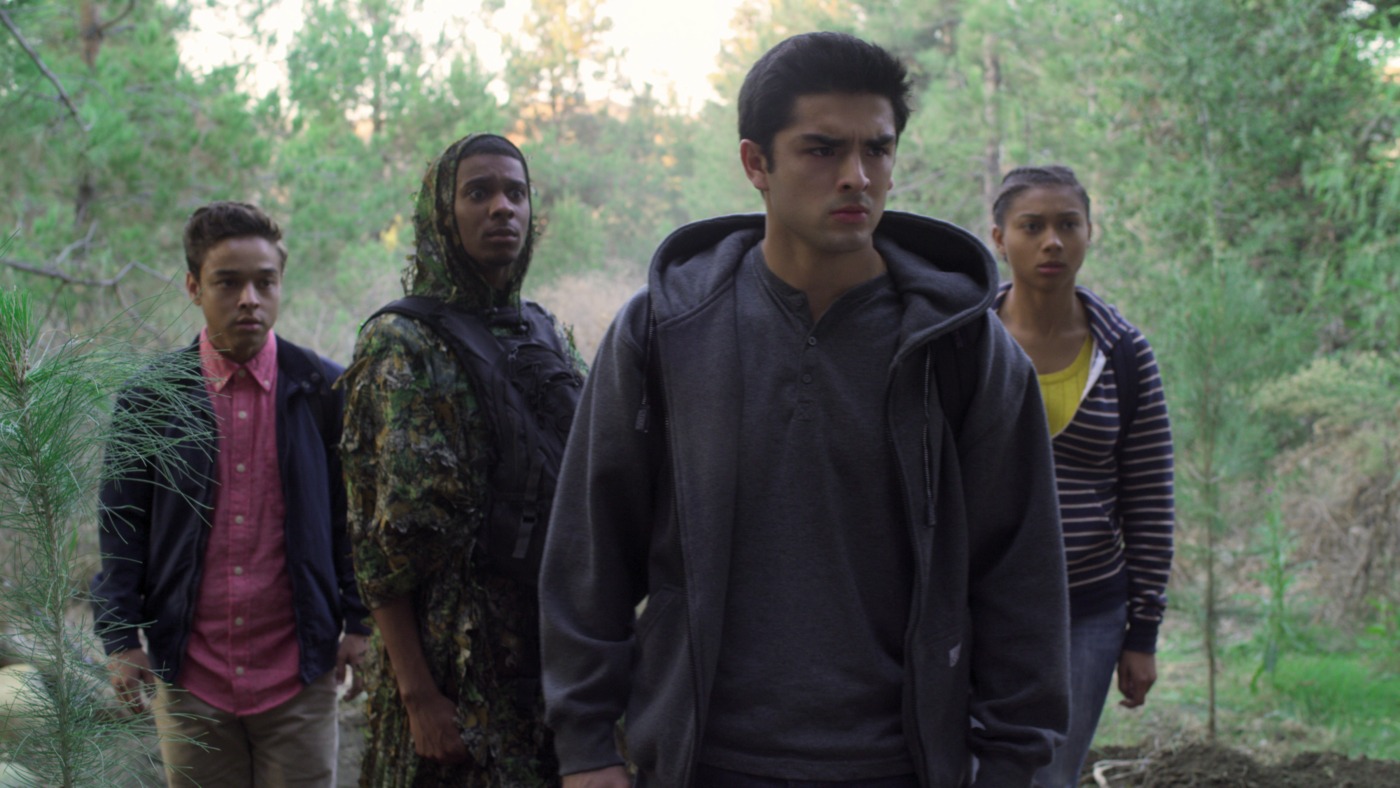 Netflix’s On My Block recently released its third season this past March, and as we delve deeper into the lives of the Freeridge gang the show centres around, it’s no better time to reflect on why On My Block deserves a greater limelight in the world of teenage high-school comedy-dramas.

The typical teen drama lacks diversity and representation, to say the least. We as Brits tend to retain this imagined ideal of American life, where everyone lives in white-picket-fenced houses in clean-cut neighbourhoods in California and drives a Range Rover by the time they’re 16. But do we ever hear about the poverty and disparity entrenched in the melting-pot culture of the ‘Land of The Free’? According to the U.S. Census Bureau’s American Community Survey, Los Angeles is amongst the poorest major cities in the States. Life there is not as glamorous as Hollywood may have you think.

The series succeeds in intertwining more hard-hitting, realistic problems while still maintaining the more benign elements that come with adolescence

On My Block takes place in the fictional rough inner-city L.A neighbourhood of Freeridge, ruled by the two rival gangs, The Santos and The Prophets. We see the core-four, Monsé, Ruby, Jamal and Cesar, tackle high school and try to help Cesar navigate life after being jumped into The Santos, led by his older brother, Oscar, also known as Spooky.

In doing so, we still get a light-hearted, funny take on teenagers trying to get to grips with academic life, homecoming dances, family and relationships, but with a certain twist. It represents a wider majority of America by imitating more marginalised groups in society through art and entertainment, not just middle-class white families.

The series succeeds in intertwining more hard-hitting, realistic problems while still maintaining the more benign elements that come with adolescence. Subtle references to life in rough neighbourhoods and racial issues are successfully sprinkled in throughout the storyline, without making it so obvious that the entire plot seems centred around social issues, providing the perfect balance of relatability and reality.

What keeps me coming back to the Netflix Original, especially during times of lockdown when I’ve exhausted the Netflix playlist, is its sharp wit and tear-jerking humour. Each character has their own way about them that will make it impossible for you to choose a favourite: whether it be Monsé’s sarcasm, Jamal’s dramatic outbreaks or Jasmine’s unapologetic sass, there’s a bit of everything that will never make for a dull or dry moment.

It’s about time we saw a series that incorporates the classicality of American-style TV programmes with the hard-hitting realities of all walks of life in the States. Whether it be 14-year-olds matching gun types to the sound of their shots in the distance, school dances getting shut down because of gun possession, boys getting jumped into gangs on every street corner or parents being deported from the country, for once, the day-to-day struggles of working-class kids are given a platform, and something a wider audience of viewers can relate to, or at least be educated by.

A huge part of the reason why On My Block ranks top of my list is the way it educates, enlightens, revealing the naivety of cultural appropriation. One episode sees the group of friends make their way to the neighbouring town of Brentwood on Halloween to avoid the danger of their own streets. The group find themselves at a Halloween party of a middle-class guy of their age, dressed up as a Santo, with a tear drop painted on his cheek and a cap reading “Freeridge”. After seeing the group get antagonised by Brentwood’s prejudiced ways, Cesar calls on Spooky to pick them up, who then gets face-to-face with the obnoxious teen clad in his distasteful Halloween ‘costume’, as the real-life version stands before him, putting him to shame. Spooky proceeds to lick his thumb and wipe off the boy’s drawn-on tear, as his own tattoo remains intact, declaring that his is “real”. In return for their troubles, it lands the group with the jackpot, a stash of full-size chocolate bars, unlike the fun-size ones in Freeridge, which makes it a successful Halloween, ending a hard-hitting scene with the perfect playful twist.

The day-to-day struggles of working-class kids are given a platform, and something a wider audience of viewers can relate to, or at least be educated by

The show upholds the gang-culture glamorised by naïve bystanders as a harsh, inescapable reality perpetrated by institutional racism, poverty and classism, asserting how it is nothing to be mimicked or desired by those who are otherwise privileged. For a diverse, gritty yet witty take on a teen sitcom-come-drama with a soundtrack that will have you Shazam-ing every other song, On My Block is not one to miss.

‘Upright’: comedy and sorrow balanced on a knife’s edge