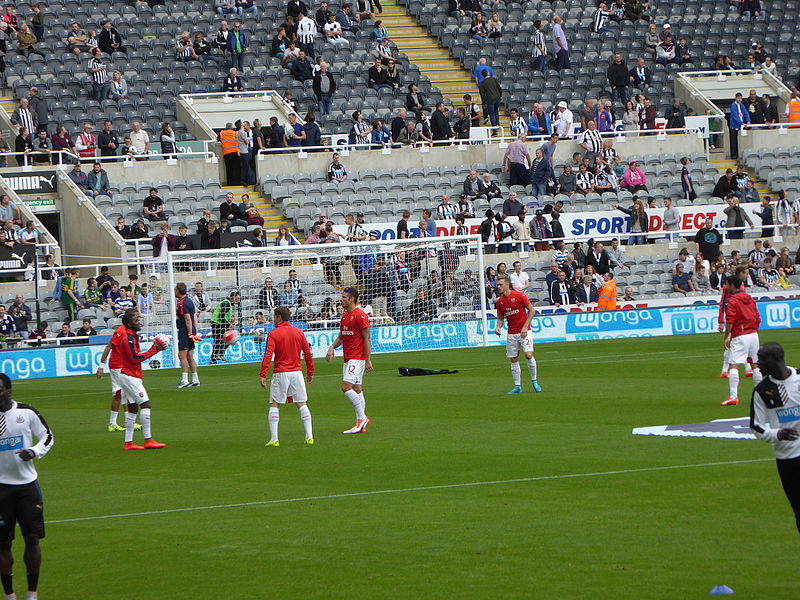 As the COVID-19 pandemic sweeps the globe, we’ve generally seen all of society band together to work as one. But there’s a huge PR situation developing at the heart of football which is leaving a sour taste in the mouths of many. A number of Premier League clubs have been forcing wage cuts on their non-playing staff, using the government’s furlough scheme to bail them out, while the multi-million salaries of their players are currently untouched. How will this crisis play out, and can football recover from the PR disaster?

After the clubs’ decision, the Government waded into the debate. Health Secretary, Matt Hancock said that player’s fees ought to be up for discussion, calling on them to do the right thing, “take a pay cut and play their part”. Sports Minister, Nigel Huddleston said: “It is absolutely right that a reduction of players’ wages is on the table when there are lower-paid staff at some clubs being furloughed” – meanwhile, his opposite number, Kevin Brennan described footballers’ actions as part of a “moral vacuum”. Mayor of London, Sadiq Khan also weighed in, telling BBC Radio 5 Live: “Highly paid football players are the people who can carry the greatest burden and they should be the first one to with respect sacrifice their salary.”

However, it’s unfair to completely vilify the footballer community. As Sadia has written, sports stars are doing an awful lot for people during the COVID-19 crisis, and many footballers have come out against the decision to furlough non-playing members of staff. Several players and managers have already taken a voluntary drop to their pay, and Crystal Palace winger Andros Townsend has hit back against Matt Hancock’s accusation that players are the villains in this scenario. Newcastle’s Danny Rose said that players’ backs had been put against the wall, and that although many were happy to take a cut, but that they wanted to make sure the money was going in the right place. Former England midfielder, Jermaine Jenas agreed, adding that players’ “main concern is what is happening to this money. They are happy to put money into a pot, rather than it just vanishing.”

Top-flight clubs have agreed to propose a 30% cut in order to protect jobs, but the Professional Footballers’ Association (PFA) has urged its members not to agree to agree reduction or deferral in wages without consultation. The PFA has also suggested that a wage cut would prove harmful to the NHS, saying: “The proposed 30 per cent salary deduction over a 12-month period equates to over £500 million in wage reductions and a loss in tax contributions of over £2000 million to the Government.” The PFA chief Gordon Taylor has urged players to hold firm and reject proposals to see their wages cut, a position receiving a lot of criticism.

The talks have also provided a worst-case scenario that would see the cancellation of the 2019-20 season, resulting in the loss of more than £1 billion in lost TV rights payments, match-day revenue and sponsorship income. Player wages account for about 60% of total Premier League expenditure, but players don’t understand why they should lose out to help billionaire club owners contend with these losses. In a meeting on Saturday, the players wanted to be sure that staff at their clubs would receive 100% of any footballer wage cut, that it would go to the EFL and non-league clubs, or that it would help fund “the real heroes” of the NHS – when this couldn’t be confirmed, talks about a cut essentially ground to a halt.

The PR disaster is huge and obvious, with clubs forcing their lowest-paid staff onto government support so footballers’ multi-million salaries can be paid

Public opinion is turning against footballers, and they will likely soon find themselves in an impossible position. They may be right that a wage cut would realistically only help the clubs’ owners but, as wealthy and high-profile individuals, they will inevitably face flack. The PR disaster is huge and obvious, with clubs forcing their lowest-paid staff onto government support so footballers’ multi-million salaries can be paid – if players don’t take a cut, they will seem incredibly out of touch, particularly as many European football teams have already made the move to temporarily reduce players’ salaries.

The in-fighting is not a good look for football, and a resolution needs to come soon. Footballers may not like it, but that resolution must involve them taking a hit or they will lose massive public support. At a time in which we’re all encouraged to be more selfless, this crisis in football is absolutely the worst look possible. Football needs its players, but it also needs its fans too. If progress isn’t made, it may find it has few fans on its eventual return.