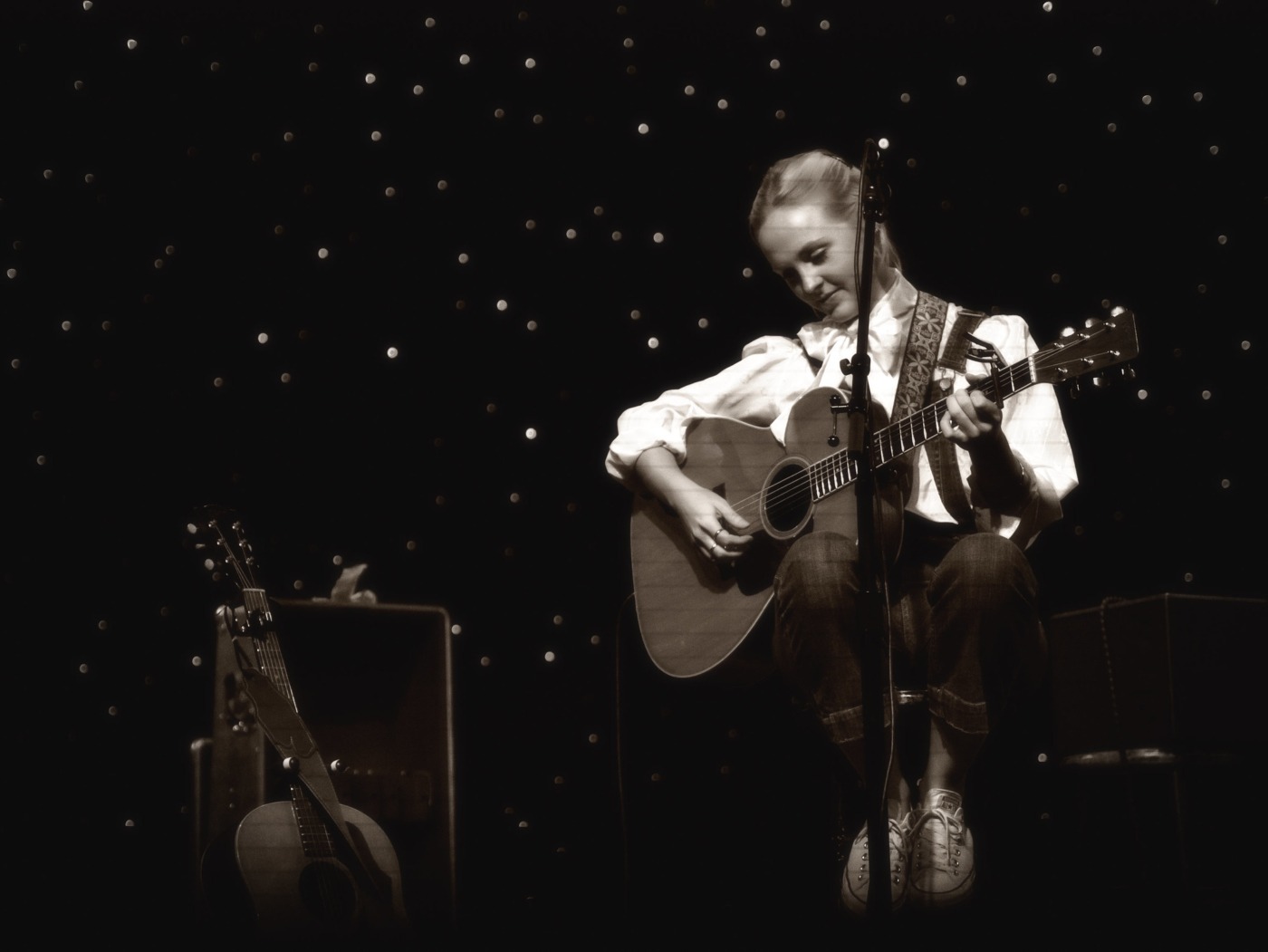 Laura Marling’s ‘Song For Our Daughter’: motherhood, strength and vulnerability

Folk singer-songwriter Laura Marling has bucked the current trend of postponing album releases by instead bringing forward the release of her new record, Song For Our Daughter, to distribute its joy and its goodness when we need it most. For that, I am eternally grateful. Although Netflix shrinks the hours faster, music keeps daily life refreshing in isolation, especially when its as good as Song For Our Daughter.

On social media, Laura Marling revealed some of her intentions behind the work. She professes that this album is an affirmative whisper in the ear of young women. Laura Marling is articulating the truths she fought so hard to instil in herself, against a strong current from the society that negated them. “Stay low” she urges, “keep brave.”

The lyrics are casually delivered, at times only two steps from spoken word poetry, full of vocal hooks. Marling has cast her spell

The first three tracks are attention-grabbing, with a faster tempo and the kind of charm to make you kick off your shoes and dance. ‘Strange Girl’ is particularly upbeat: but its the first single, ‘Held Down’, that stands out to me. It’s dreamlike, easy-listening but holds so much emotional potency. I’m hooked by the first sultry line “I woke up, it was four in the morning, clear as all hell that you’d already gone”.

The drumbeat and bassline give this song it’s energy, while reverbing guitar riffs and synth notes feel like a siren call, pervading the song’s layers. The lyrics are melancholy but hold strength within them, and that comes in part from Marling’s distinctive voice. The lyrics are casually delivered, at times only two steps from spoken word poetry, full of vocal hooks. Marling has cast her spell.

an unpretentious talent for revealing the ways of the heart

After the first three tracks, the album slips into a lucid dream. These songs are slower and softer. There is pure simplicity in Marling’s songwriting, and it complements the emotional honesty of her work. Most of the album is crafted from little more than beautiful words and an acoustic strumming pattern or a piano accompaniment, reminiscent of Simon and Garfunkel’s charm: an unpretentious talent for revealing the ways of the heart. This is best represented in ‘The End of the Affair’; it’s choral backing and a constant, whispering synth note lend all that is required to accompany Marling’s trademark fingerpicking and storytelling.

‘Song For Our Daughter’, the ballad from which the album takes its title, strays from the intimate expression that as we see in ‘Blow By Blow’ and ‘Hope We Meet Again’, and instead tells a more public narrative. She makes clear allusions to the ‘Me Too’ movement, with the poignant line repeating throughout – “do you remember what I said, the book I left by your bed, the words that some survivor read”. The album truly feels like a catalogue of emotional lessons.

Marling reveals one of her intentions behind the album was for us to explore the complicated trauma of what it means to be a woman in today’s society. How do we distinguish what womanhood is in music? There is a societal imperative against progression from girlhood to womanhood; loss of youthfulness, loss of fertility, is still perceived as a social disintegration.  It is a blessing, then, to hear music that feels like it has been written by a woman, through growth.

There has to be a safe space for emotional vulnerability, entwined with strength. Song For Our Daughter provides that space

While distinctly her own style, Song For Our Daughter is Marling’s most accomplished work to date. It is unified, refined and fresh.  Previous works like A Creature I Don’t Know and Once I Was An Eagle also heard Marling experiment with a variety of different influences, but her latest album seems to mark an unmistakable coming of age.

Marling’s new story calls to mind the transformation seen in other female songwriters, like Florence Welch. Welch, like Marling, has recently taken greater producing responsibilities on High As Hope, stepping out of her comfortable metaphors to talk plain-faced about the modern experience of love and loneliness. As a listener, hearing women like this owning up unapologetically to their feelings and faults never fails to empower.

Song For Our Daughter does not aim to make a show of unshakable female strength: it is a vulnerable album, but this emotional honesty is what makes a mark on the listener. Florence Given might toss her hair and tell Marling and Welch to “dump him” – valid advice, but we need both kinds of role models. There has to be a safe space for emotional vulnerability, entwined with strength. Song For Our Daughter provides that space. There is a strength in laying your truth bare, on your own terms, in your own words and through your own artistic vision.

Aren’t we lucky to have musical mothers like these?