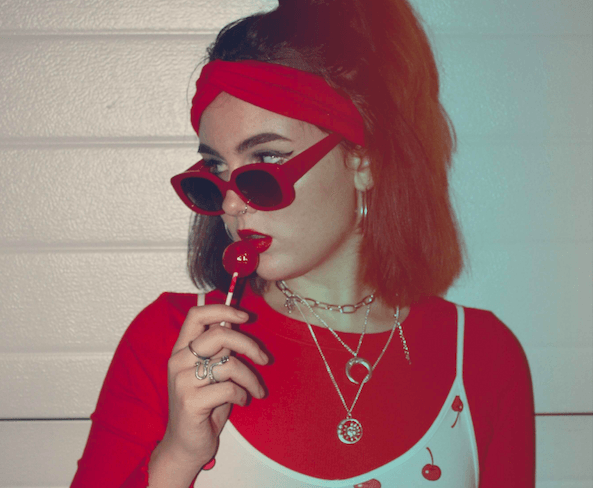 By Aurelia Lorimer
Apr. 9, 2020
Posted in Fashion throughout the decades, Lifestyle

The 1990s is a decade defined not just by the high-end fashion industry, music or film business but by a shift in culture informed by the attitudes of the youth. A desire for change from the sexually conservative and maximalist ’80s was realised among the masses. Calvin Klein saw the 90s as “less about flash and more about people in the streets, the environment. People are becoming real.” It gave rise to new forms of beauty, rave culture as well as Britpop in the UK and grunge, pop, R&B and hip-hop in the US.

This was the era of supermodels like Naomi Campbell, Cindy Crawford, Linda Evangelista, Christy Turlington, Claudia Schiffer and Tarjana Patitz but paradoxically also of a gritty realness that opposed the contrived beauty of the ‘Glamazons’. Five of these supermodels were captured in the iconic British Vogue 1990 cover, shot by Peter Lindbergh, setting the tone of their ‘super’ status in fashion culture.

In conversation with Vogue, Crawford explains “we weren’t photographed with a ton of hair and make-up; we were quite undone” and that the fashion trends and style of magazine models of the 1990s compared to the 1980s were “refreshing and new.”

Designer Gianni Versace famously had Campbell, Crawford, Evangelista and Turlington sing George Michael’s iconic Freedom in his 1991 Fall/Winter show finale – a moment that truly solidified the groups ‘super’ status. However, the late arrival of Kate Moss to the supermodel scene was the catalyst for the emerging grunge, anti-fashion scene.

Moss represented an alternative form of beauty and embodied the relatability of the regular teenager, with her bowed legs and short height, compared to the flawless 5ft10 models that dominated the runways. Yet, like the designers and photographers that contrived the ‘supermodel’, the alternative image of Moss was largely built by photographer Corinne Day and Calvin Klein.

Marc Jacobs admired Moss’ image and with his ambition to reflect the youth’s style, he showcased his grunge collection for Perry Ellis Spring/Summer 1993, which caused a riot within the industry and lead to him being fired, despite being widely celebrated shortly after.

Over in the States, Kurt Cobain and Courtney Love were the power couple of grunge, sporting a ‘rough-around-the-edges’ exterior with their scruffy hair, plaid shirts, dresses and tattered looking clothes. Moss and Cobain both explored the very edges of what was considered socially acceptable, blurring the boundaries of gender.

Outside the rock scene in America existed an unapologetic R&B and hip-hop fashion community. Biggie, Snoop Dogg, Tupac, and Puffy wore oversized everything from dungarees and snapbacks to chains and bucket hats. Girl groups like TLC and Destiny’s Child were also composing staple outfits consisting of crop tops, bandanas and sporting brands such as Hilfiger and Fila. These have interestingly made somewhat of a comeback in the streetwear styles of today.

UK bands such as Oasis and Blur embraced their British identity with the birth of Britpop, producing the anthems of the decade. Oasis’ style was as symbiotic with the 90s as their rock ‘n’ roll behaviour. The band donned tracksuits, football tops, leather and denim jackets, parkas, staple sunglasses, that iconic haircut and were always seen with a cigarette and a pint in hand.

Where Blur and Oasis identified with the 90s scene of drugs, sex and alcohol, the Spice Girls represented an increasing demand for fun lightheartedness. Shaking up the male-dominated UK charts, they promoted girl power while wearing mini dresses and skyscraper platforms. Their fashion sense is still idealised today. Trendy teens can often be seen around the streets of London wearing baby doll mini dresses and skyscraper boots.

Films of the 1990s relayed a much more realistic image of everyday fashion. Commonplace in classic films like Clueless and 10 Things I Hate About You were choker necklaces, scrunchies, slip dresses, sunglasses, shoulder bags, cutesy hairstyles, cardigans, crop tops and checkered print skirts which were all worn with an element of layering. These identifiably ’90s items were incredibly iconic so it’s no wonder this kind of style is still prominent in fashion trends today.

I am in awe of the sheer variety and classic identity-fashion that came out of the 1990s. This is the reason that this decade will always have my heart.