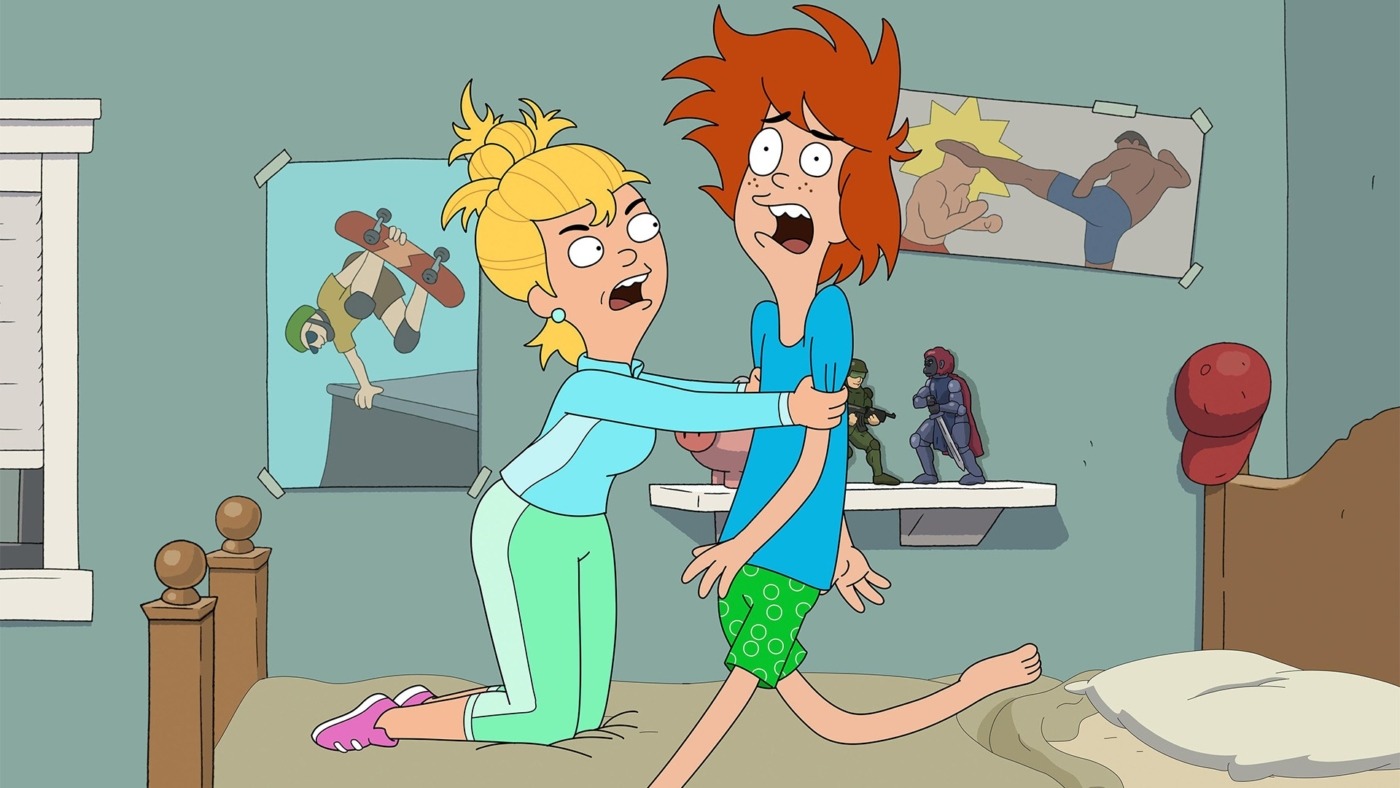 Fox has a new animated sitcom, and it has a lot of comedy pedigree behind it – it’s co-created by Amy Poehler (Parks and Recreation) and Julie and Mike Scully (The Simpsons), and boasts a lot of the madcap random charm of Family Guy. Duncanville is only into its first few episodes and it’s worth a watch, even if there is a lot of room to build.

Duncanville follows a 15-year-old boy called Duncan (Poehler), who is decidedly average and managing to navigate his way through life, although his decisions are controlled largely by his hormones. He lives with his family – his traffic warden mother Annie (also Poehler), Gulf War vet Jack (Ty Burrell) and his two sisters Kimberly (Riki Lindhome) and Jing (Joy Osmanski). The dysfunctional family are embroiled in numerous incidents in their small town – in many ways, the very motif of the animated sitcom.

Duncan’s essentially a good kid and a generic teenager, neither of which are particularly engaging character traits

The biggest issue with the show at the moment is that its lead character Duncan is not very interesting. He’s essentially a good kid and a generic teenager, neither of which are particularly engaging character traits, and he only ever feels tangentially involved in the stories. The first episode is initially based around Duncan learning to drive, but the plot thread just peters out and Duncan is too uninteresting to even really care about this (he doesn’t even care about it himself). We need more to Duncan, as ‘average’ and ‘horny teenager’ don’t go particularly far, or we need to gravitate away from him.

Fortunately, there’s a stronger stock of supporting characters, and they flesh out Duncanville’s universe nicely. I thought Burrell was the standout as Jack, a man so desperate for the approval of his wife and children that he spirals quickly and frequently, but Lindhome and Osmanski are also fun as his sisters – I hope they get more to do in future episodes, and there’s the potential to build on them and do more interesting things than the character of Duncan suggests. This is not to suggest that all the other characters are good (Duncan’s friends are far too generic for me, and Wiz Khalifa plays a cool teacher who barely features), but there’s enough there to hold your attention. And it certainly helps that the animation style is bright and expressive, meaning that we feel some degree of emotional range.

The seeds are there for either of these styles to be successful, but it needs to decide, because the humour whiplash is a bit jarring

Duncanville is a joke-heavy show, and it probably has a 50-50 success rate with its gags. Some of the more random gags are great because of how daft they are (a sudden appearance by the Popemobile is one example), with many of them being explained as part of Duncan’s ‘vast imagination’. I hope that the show doesn’t just attempt to echo the cutaway humour of Family Guy, but those gags are its best material. Its character beats, from an awkward erection sequence and Jing’s insistence that she’s going to marry her brother, don’t land quite as they should. The seeds are there for either of these styles to be successful (does it want to be more Family Guy or The Simpsons?), but it needs to decide, because the humour whiplash is a bit jarring.

Despite my gripes, two episodes is not nearly enough to fully judge, and I’ve no doubt that Duncanville is going to continue to grow (hopefully, towards its more interesting characters, but we’ll see). The show is relatively charming and it has the potential to become something special, but it has a few teething problems to get through first. For the moment, though, consider me tentatively sold on Duncanville.