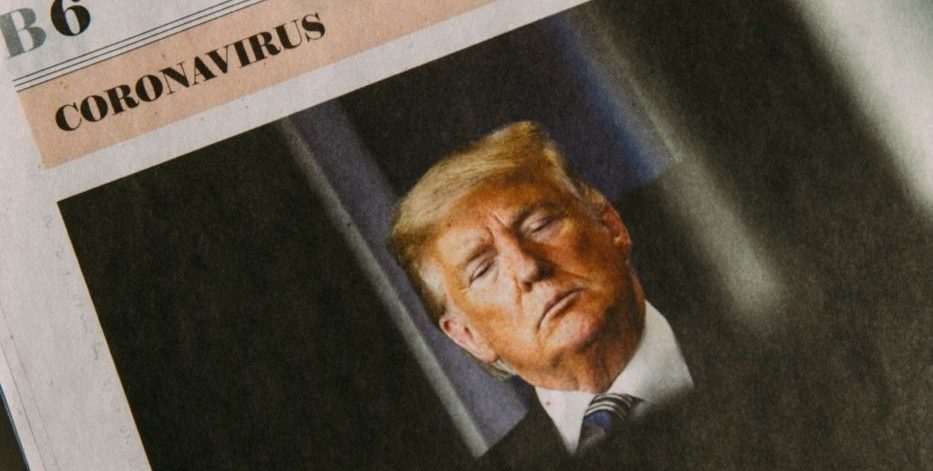 It’s been well-documented that President Donald Trump has a contentious relationship with the American TV news media. Trump rose to the top on a platform that involved slating many networks and anchors as ‘fake news’, a tactic that has been heavily criticised as the President diminishing his critics. The news networks, for their part, have never concealed their dislike of the President and, in their hostility, have reported some dubious stories of their own. With the Covid-19 outbreak sweeping across America, there’s arguably never been a better time for a ceasefire, but the TV news media can’t do it – for them, Covid-19 is simply another weapon to bludgeon Trump.

A recent survey looked all major American institutions, and asked Americans how much they approved of their work during the coronavirus. Only one institution had a net unfavourable rating, and that was the news media, with just 44% approval. There was a huge party split – 61% of Democrats thought the media was doing a good job, compared to only 25% of Republicans. This is perhaps indicative of a mainly Left-leaning media attacking the President.

With the Covid-19 outbreak sweeping across America, there’s arguably never been a better time for a ceasefire, but the TV news media can’t do it

Trump’s favourability rating is at 60% – although his actions may not be the most effective (I’ll leave that to your judgement when this crisis is over), but his daily press conferences and his attempts to be presidential are resonating with a public in need of leadership. In response to Trump’s positive reception, the TV news have been openly opining on not showing the briefings at all, depriving the country of the most up-to-date information on the virus. ABC News reporter Jonathan Karl said that there’s a “legitimate debate” over covering the briefings – he was far less overt than MSNBC’s Rachel Maddow, who said that “if it were up to me, and it’s not, I would stop putting those briefings on live TV”.

The media has framed this as a fact-checking issue. As MSNBC’s Chuck Todd said at the start of one press conference, “these briefings have a tendency to veer in a lot of different directions, not all of them are informative or relevant in the midst of this crisis. So we will listen as the President talks and we will make sure we’re giving you a fact and putting what he says in context on the other side. If it veers too much off, we will break in – we will break off and come back [to the studio]”.

The TV news have been openly opining on not showing the briefings at all, depriving the country of the most up-to-date information on the virus

Fact-checking is all well and good in principle, but there are a lot of issues with this crisis – there’s so much that we don’t currently know about Covid-19 that it’s hard to realistically confirm a lot of statements. And, importantly, can we really trust a news network that openly despises Trump to put his statements ‘in context’? They’re operating from the premise that these briefings are beneficial for Trump, effectively replacing his rallies, and that needs to be mitigated – it’s hardly a neutral starting point. If they only care about facts, why are they also cutting off people like the CDC’s Dr Anthony Fauci, just because he shares a platform?

It’s more than just briefings, however, with every Covid-19 story framed through a lens of Trump being a problem. The TV news has amplified the presence of New York governor Andrew Cuomo, who is presiding over the worst-affected area and constantly criticising Trump’s efforts to assist (interestingly, these briefings are covered live as national news, despite being a specific regional story). However, Gavin Newsome, California’s governor and vocal Trump critic, has received minimal coverage as he praised the President’s interventions. CNN’s Chris Cuomo used his own Covid-19 diagnosis as a means to slate Trump, spreading a lie that the President had described the virus as a “hoax” (a word Trump in fact used to describe Democratic claims he wasn’t taking the virus seriously). They run as major news the story that a man has died after consuming a fish tank cleaner that contains a small quantity of the drug Trump has touted as a potential cure, without contextualising it in the slightest, and gleefully shouting that Trump has blood on his hands.

With the Covid-19 pandemic sweeping the globe and billions of people stuck at home, there’s never been a more important time for an informative TV news media

As people are stuck at home, watching their TVs, there shouldn’t be a sycophantic media, uncritically reporting the government’s every word – statistics, policies and leaders should all be questioned. But there’s an astonishing lack of critical thinking demonstrated by the TV news anchors – in Trump’s briefings, they put forward questions that are based on false information, and then suggest the answers are not newsworthy. And, despite using their TV time to question Trump’s response to the virus and the statistics he provides, the media displays a striking lack of interest in pursuing China’s claims. Indeed, the breaking news by US intelligence services that China had most likely lied significantly about its Covid-19 numbers wasn’t even covered.

With the Covid-19 pandemic sweeping the globe and billions of people stuck at home, there’s never been a more important time for an informative TV news media. It’s a shame that the industry is blinded by its hatred of Donald Trump that it can’t even provide us that.