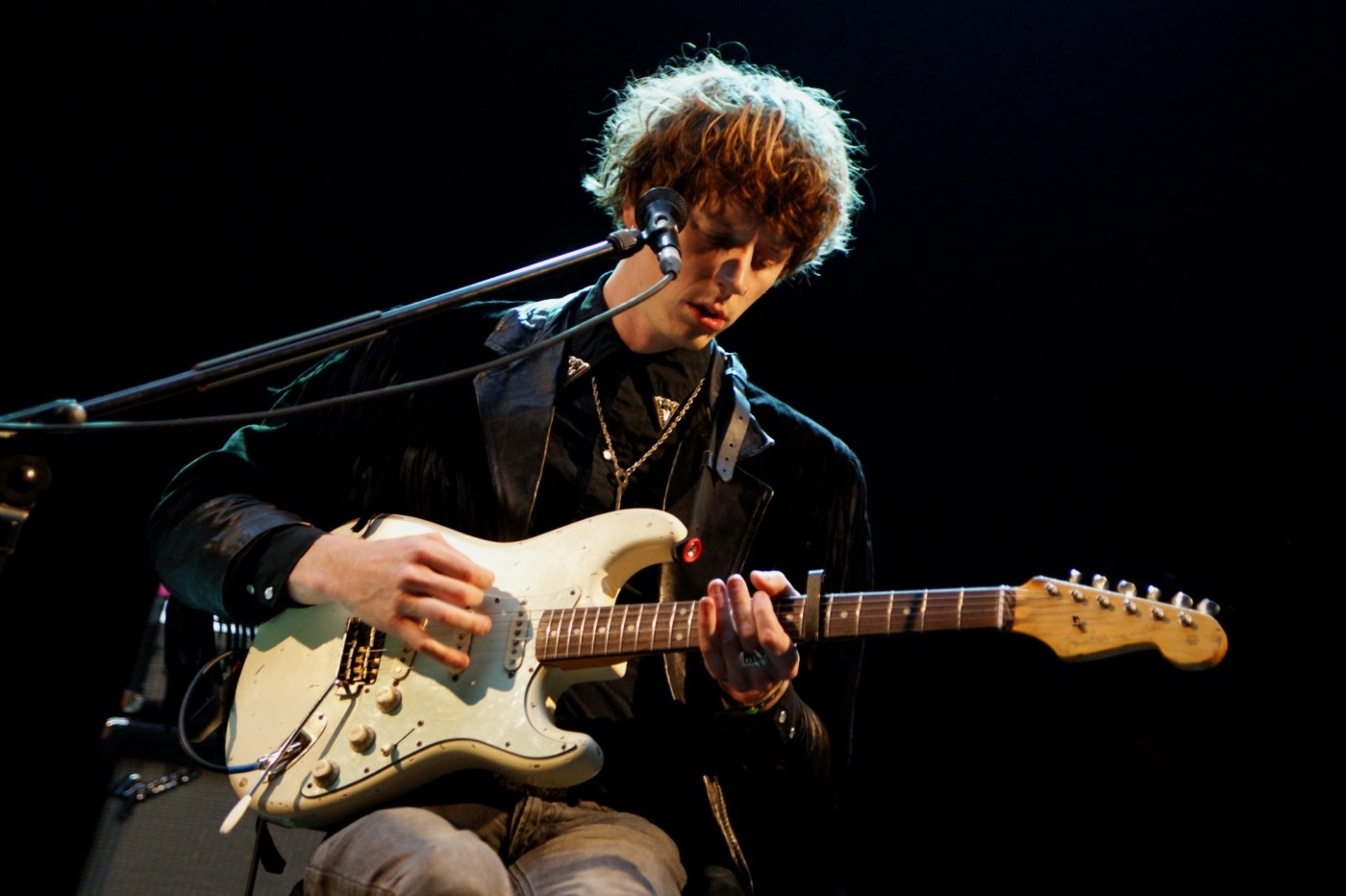 Are we defined by fear? This is what Mystery Jets ask throughout ‘Endless City’, a track driven, like much of their new album A Billion Heartbeats, by an iambic drum following the records eponym. The London-based band mark their tonal departure from previous work while creating a sound that both builds upon their last record, Curve of the Earth, and reflects their earlier stuff. This song rounds off the first half of the album, depicting the energy of a big city in an effort to move away from the introspective nature of its predecessor and show us London as it was in 2017, the heart of a nation divided on all fronts.

If their last album was Mystery Jets seeing everyone around them grow and wondering if they were doing something wrong, A Billion Heartbeats encourages us to instead look at the things that motivate us. The subject of fear is used to provoke an emotional response in the deeply personal bridge of ‘Hospital Radio’ but also to remind us to think about our own lives: the intention isn’t to put us down but to encourage us to realise and express if we are unhappy with the way things are and know that we can do something about it.

This record is politically relevant at a time when focuses and concerns are naturally elsewhere, but frontman Blaine Harrison’s personal reflections in ‘Hospital Radio’ are perhaps the most pertinent part of the record. With the widespread impact of COVID-19 putting serious strain on the NHS, it is no surprise that the song’s easy guitars and softer drumbeat can be equal parts poignant as they are soothing. In any case, the track further solidifies the record as a portrait of the moment and the state of the nation as it currently is.

Beyond its messages, A Billion Heartbeats is triumphant, putting punch back into the Mystery Jets’ refined sound. Drummer Kapil Trivedi powers the record’s march through the loud protests and broken family gatherings of a Britain more in need of hope than ever. What he manages to inspire is a sense of rhythm that mimics both the sounds of within, the heartbeat, and of all around, the marches, and this gives the songs a sense of direction that never lets the listener lose focus.

Jack Flanagan’s talents as a bassist are, unfortunately, hardly explored. While the instrumentals are layered with rhodes and synth parts, bringing together powerful mixes that aren’t afraid to push the vocals into the background – like how the voice can become a muffled sea of chants at a march – the entire album lacks a particularly convincing bass-line to act as a foundation for its intricate tracks. However, Flanagan does also lend his talents to some of the many guitar parts that keep Heartbeats dynamic and gives it its rich, varied sound.

The mystique of ‘Cenotaph’ reminds us that the very notion of protest, putting your voice behind a message or movement, can feel surreal but, enduring the right transition, we can all make a difference – “every exit is an entrance somewhere else”. ‘History Has Its Eyes On You’ achieves a similar effect: the gentle feeling evoked coupled with the song’s lyrics create the album’s most reflective moment, encouraging the listener to think back more than is allowed elsewhere on the album.

Heartbeats’ greatest achievement, however, is ‘Petty Drone’. The album’s second song, it remains the track that compels me most to go back and listen again to what is an enjoyable yet demanding record

Mystery Jets’ bold key changes are what makes ‘Screwdriver’ the authoritative opener it is, as well as ‘Campfire Song’, the second half’s most captivating track. Heartbeats’ greatest achievement, however, is ‘Petty Drone’. The album’s second song, it remains the track that compels me most to go back and listen again to what is an otherwise enjoyable yet demanding record. Without forgoing the album’s themes, it is somewhat of a sonic departure, starting off as an absorbing rock track with persuasive percussion and gradually evolving into an equally powerful and haunting song.

Heartbeats’ lyrics, through which the majority of its protest themes are explored, will leave you conflicted by the time you arrive at the ‘Wrong Side Of The Tracks’. What the album’s closer does, beyond seeing the listener off with a slow and reassuring song suggestive of a Coldplay tune, is clarify that the confusion is okay, that the conflict is only natural, and the future isn’t something glorified by hope. It is shaped by it.