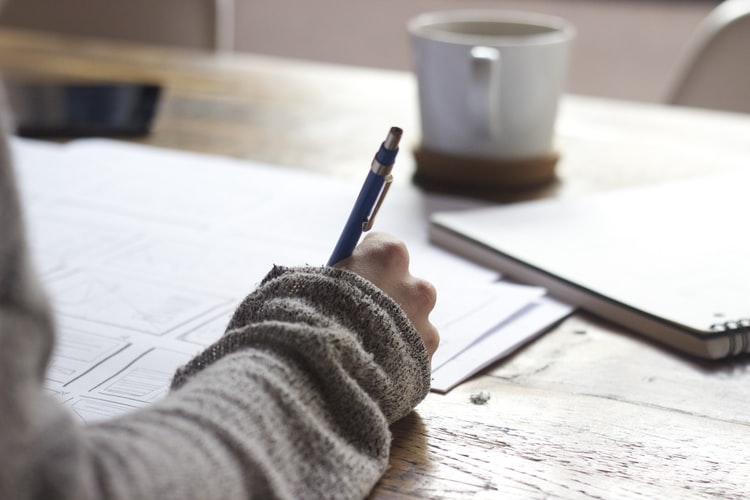 Why is Britain’s education system underperforming?

Education comes in all shapes and sizes. The transference of knowledge is timeless and universal, though sadly remains inaccessible to many across the world. Recently, I saw the film ‘Jojo Rabbit’, based on a young boy in Nazi Germany. His form of education is none other than the Hitler Youth, which delivers all kinds of vile, morally repellent propaganda about the German government. The level of dogmatic, unchallenged orthodoxy is quite frightening, though it can be regarded as a form of education. While Britain’s education system is in every sense superior, there are questions being raised about its quality in the modern world. With the UK outside the top 10 countries for reading, according to the PISA tests, it suggests standards are slipping. However, in order to decide how education should be measured, it is important to grasp the purpose of an education system.

With the UK outside the top 10 countries for reading, according to the PISA tests, it suggests standards are slipping

At sixth form, I recall attending a talk by the former Archbishop of Canterbury Rowan Williams, now Master of Magdalene College, Cambridge. During the talk, he argued that the purpose of schools was to create conversation between teachers and pupils. In a sense, this is the foundation of education. Schools should be about informing children of the key knowledge within their society, providing information on English, history, geography as well as scientific skills. It is no wonder that these are the core parts of the curriculum, given they are necessary for learning about one’s sense of place and grasping context within society.

Education should also offer people the chance to think for themselves. It should involve children analysing information, working out ideas and arguing their case. We cannot be spoon fed everything; that is simply not reflective of daily life. Whether it’s classroom debates, group presentations, writing essays or just completing one’s homework, the education system should provide ample opportunity for children to develop as individuals on their path to adulthood. A key measure of any education system is not simply in the academic results but whether children have developed personally and emotionally.

Of course, within our society, education will inevitably link to future employment opportunities and the path to work. From the early days of secondary school lies the inevitable careers advice meeting with multiple workshops attended on careers and the workplace. Even choosing GCSEs involves a consideration for the future with the wrong decision meaning a whole pathway is cut off. This consideration for adulthood should involve greater teaching of domestic tasks like cookery, managing one’s finances and entering the housing market, for they are matters that will universally impact us all.

It is only by determining the purposes of education that the quality of any system can be judged. The statistics would suggest Britain’s performance leaves a lot to be desired. With the UK just inside the top 20 on maths and science in 2018, according to the OCED, our education system cannot be regarded as world class. Despite the ideals for the purpose of education, our nation consistently falls behind China and Scandinavian countries that have leading education systems. While, of course, such test results only reveal so much, it doesn’t inspire optimism. Whatever the UK is doing, it clearly isn’t delivering the educational results.

With the UK just inside the top 20 on maths and science in 2018, according to the OCED, our education system cannot be regarded as world class

Could technology play a part in the UK’s poor educational standards, relative to other countries? According to the BBC, 50% of 10-year-olds own a smartphone while 24% of 3-4-year olds own a tablet. There is every potential that, instead of learning and doing work, they are simply distracted by their technological devices. We are all guilty of this, however much we try to avoid procrastination. But it is too simplified. Firstly, technology ownership among children, for better or worse, has increased globally. The situation is hardly unique to Britain. Furthermore, the matter of technology ownership lies not with schools but parents. Whatever peer pressure exists, parents choose to buy the devices for their children. Schools should have effective sanctions in place for individuals caught using a phone during the school day, as well as embracing the educational assistance technology can provide.

The ability of education to deliver for children and allow them to flourish has to be linked to funding. And wherever you look, cuts have been implemented. “Sure Start” centres, introduced under the New Labour government, used to be a beacon for disadvantaged families by providing employment training, a place for young children to develop and enhance their life chances. At their peak in 2010, there were 3,600 centres with a budget of nearly £2 billion. However, according to the Observer, over the last decade, between 500 and 1,000 centres have closed while others have had to reduce the extent of their services. In 2018-19, 1.8 million children benefited from Sure Start compared to 2.2 million in 2014-15. Early years services have generally seen a 62% cut in their funding as local governments have prioritised where to allocate resources. Early years education is vital to mitigate the economic and cultural divides facing individuals. Given the funding for it has been cut, it is little wonder that performance later in education has so diminished.

The situation is similar at primary schools. Though this education funding wasn’t cut during the years of austerity, the funding provided wasn’t enough to match the rate of inflation. According to the National Education Union, extra funding designed for disadvantaged pupils was used more generally to plug holes where money was needed. Linked to this funding is the general stress of students, particularly those in primary school taking SATs tests. According to the Guardian, 82% of primary school leaders in 2017 saw an increase in mental health problems among children, especially in the run up to exams. If there is, in real terms, reduced funding for the classroom, teaching and exam preparation, there should be little surprise that children feel unprepared for national examinations.

According to the Guardian, 82% of primary school leaders in 2017 saw an increase in mental health problems among children, especially in the run up to exams

Is funding everything though? A system could have all the money in the world. If it is ineffective at delivering a high standard of education, nobody will benefit from it. Since 2010, the government have heralded academies and free schools as visions for educational excellence in the 21st century. Academies are run by multi-academy trusts (Mats), who receive their funding directly from central government instead of the local authority. The reduction of local bureaucracy was supposed to increase standards. Yet, according to the Guardian last year, 64% of pupils at Mats reached the government’s standards in reading, writing and maths compared to 66% nationally, suggesting they are not the new forces for educational brilliance.

Free schools have a similarly mediocre performance. By 2018, according to the Daily Telegraph, nearly 400 free schools had been opened with another 300 in the process of opening. Free schools are defined by their autonomy from local authorities: they can be set up by anyone, funded by central government but free to alter their curriculum, staff pay and school terms. While greater flexibility for charities and community groups to enhance education sounds promising, the reality isn’t as enticing. The National Audit Office have delivered a damning verdict on free schools, stating vast amounts of construction delays with buildings falling into disrepair. Academically, the Guardian reported that only 77% of free school pupils reached the expected level in maths compared to 80% nationally. While every form of education can be expected to have teething problems, these statistics reveal academies and free schools haven’t managed to transform Britain’s educational prospects.

By 2018, according to the Daily Telegraph, nearly 400 free schools had been opened with another 300 in the process of opening

One of the great debates of the 2020s will be the future of further and higher education. Ever since Tony Blair aspired for 50% of young people to attend university, the educational aspiration has been completing A-levels and attaining a degree at the expense of all other qualifications. This is neither sustainable or desirable. We are individuals; the academic route isn’t suited to everyone. According to the National Education Union, government cuts to further education of over 10% combined with rising demands has meant 34% of colleges have dropped STEM subjects while 77% had increased class sizes. Given that smaller class sizes inevitably deliver better results, thanks to tailored teacher attention, it is, again, of little surprise that standards are falling. Recently, the Guardian reported that universities are having to turn away students from overcrowded lectures, instead making them to watch classes online or in a separate overflow theatre, thanks to the volume of students. With results falling at primary level, the future isn’t bright regarding the UK’s universities remaining world class.

Thankfully, the government have begun to recognise that A-levels and a university degree don’t serve all. While students shouldn’t be put off from going to university because of tuition fees, education policy analysts must recognise that a technical, vocational route for learning is a perfectly suited and legitimate route for many. It will not only deliver them better employment opportunities but also take account for different styles of learning. Aware of this, the government have introduced Technical levels (T-levels) from September 2020, that are a recognised equivalent to A-levels. They will allow pupils to complete learning alongside working in an industry. This will only be beneficial for all parties involved. It will allow students to have a recognised qualification and clear path into their future choice of work. It will also offer employers the security of having workers who have been trained from a young age and hold a government recognised qualification.

Education debates will always form a vital part of the political and social discussion. Schools, colleges and universities are a recognisable feature of every town and city. The allocation of funds as well as the style and ethos of teaching will never stop inciting argument. British society is all the greater for it: disagreement and challenges should triumph over settled orthodoxies at any time. Any form of education, however, must consider the mental health of pupils. While some forms of stress, like before an interview or taking an exam, can benefit our performance and demonstrate passion, many other forms of stress are incredibly damaging and harm one’s academic performance. No exam grade is worth a soulless personality. Academic excellence and a stable mental health mustn’t be mutually exclusive. When approaching future education policy, politicians must have that philosophy at their heart.

Gallery image with caption: Online learning: the future of education or the death of student experience?

Gallery image with caption: Sex education: how should it be taught?

Gallery image with caption: How is coronavirus reshaping education?