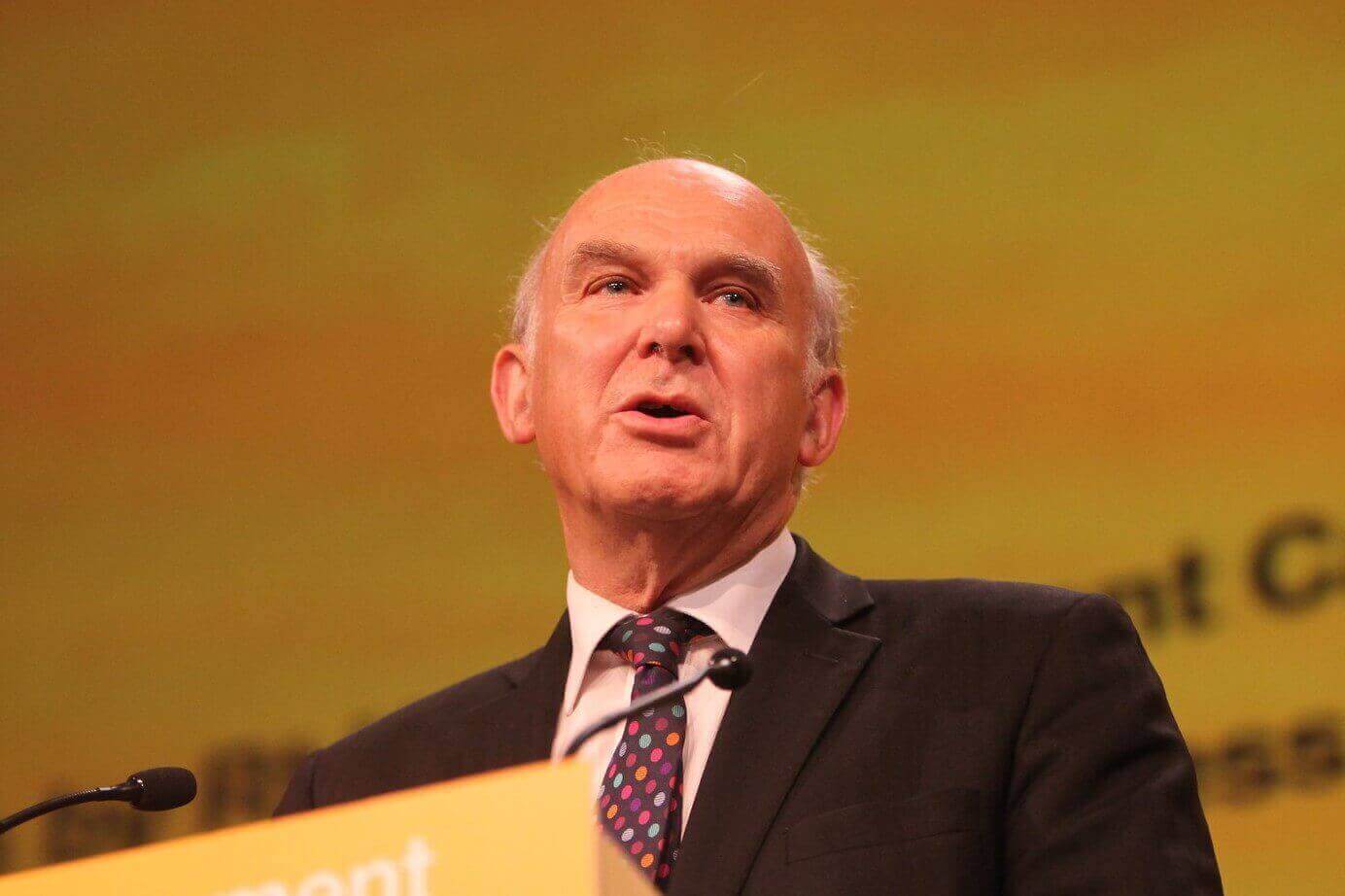 While “university campuses have been quite hard left”, a British government of the same nature is “never likely”, Sir Vince Cable told Warwick students during his talk at the University.

Sir Vince spoke about the loss of a ‘middle ground’ in politics as well as the repercussions of the 2008 financial crisis on the future of Britain, under the invitation of Warwick Politics, Philosophy and Economics (PPE) Society, on Monday 17 February.

It marked the third time that the former Cabinet minister and ex-leader of the Liberal Democrats had visited the University.

He currently holds a post at the London School of Economics and Political Science (LSE) as a Professor in Practice for the Institute for Global Affairs (IGA), where his role includes “drawing upon his experience in international economic relations and developing markets in particular”.

The Boar interviewed the former MP prior to his talk on what he believes the government’s plans are for universities, where students stand in the current political climate and his takeaways from Brexit as well as December’s General Election.

He went on to say that the government is “under pressure to put more money into schools, which are suffering”.

“Universities are not high profile. They’re reasonably well funded, because of the fee loan system,” he told The Boar.

Some bad mistakes were made. It was not necessary to go for the early election and we were winning the argument in Parliament

He went on to highlight how universities might be able to benefit from the division of the Universities Minister brief into separate universities and science ministerial roles in the recent cabinet reshuffle.

Despite the move potentially taking the focus off of higher education within the government, it could be beneficial by making more money available for research, he added.

“The one thing that [Dominic] Cummings and [Boris] Johnson are keen on, is putting more money into science research. That’s something [that Warwick’s] science faculties will probably have access to,” he said.

When asked whether students and universities play a role in the “polarisation” of politics – the main topic of interest of his talk – Sir Vince answered that universities have “just the opposite effect”.

He stated that, while he believes “traditionally, university campuses have been quite hard left”, institutions “should have a moderating effect”.

He contended that despite this phenomenon on campus, the “hard left” is “not where the public is, you’re never likely to get an ultra-left government in Britain, so it’s not connected with reality”.

“I’m intrigued by the fact that, you know, British politics hasn’t really changed in 200 years. The only thing is the replacements of the Liberals by the Labour Party.

“I think the Labour Party’s outlived its sell-by-date but the question is what replaces it,” he said.

He argued that, amidst what he perceives as a decline for the Labour party, people may become “disillusioned” with Brexit, questioning “where they will then turn”.

Sir Vince associated the UK’s departure from the EU with the Liberal Democrats’ result in the 2019 election, which returned one less seat than the previous year. He explained that the party “did badly for a variety of reasons”.

The “first big reason” was that the general election “was a Brexit election, about Brexit”, and the Liberal Democrats held the “anti-Brexit vote” while “division” occurred “with and within” the Labour party.

“There was a big split on the anti-Brexit side and the Tories, who had got the pact with Farage, they just cleaned up,” he said.

“The second reason is fear of Corbyn. Certainly in relatively prosperous areas where we need to win quite a lot of seats like Winchester and Cheltenham, which we were on track to win, a lot of people saw that we weren’t going to win the election outright and they were terrified of Corbyn, so they voted Tory.”

“I think some bad mistakes were made. It was not necessary to go for the early election and we were winning the argument in Parliament. We could have hung on and campaigning on the message of revoke was a mistake, alienating people,” he told The Boar.

Returning to the topic of his talk, the political “middle ground”, Sir Vince said that he sees the rise of far-right populism as the greatest threat internationally, as opposed to the far left.

“I’d say in France, they’ve had the National Front, in Germany, they have the Alternative for Deutschland, Trump in America, Sinn Fein has come up in Ireland, the Democrat Party in Sweden, which is a kind of anti-immigrant party, and in Britain it has taken the form of Brexit,” he contended.

Within the UK, he argued: “There is a vast majority of people in this country who don’t like the Tories, don’t like what they stand for, and are not socialists.

“That requires the parties […] to offer some alternative. It’s not going to be easy, but I can see a way through.”

Sir Vince’s speech was largely concerned with similar issues, since his retirement from front-line politics has allowed him to speak “more freely”.

He spoke on the effects of the 2008 global financial crisis, mainly the dissolution of the “centre-ground”, noting the stagnation of wages and erosion of public services via austerity as key contributing factors for the recent success of populist movements.

In addition, on the issue of Brexit, Sir Vince mused on the failure of so-called “remain” parties at the last election, as he claimed that they were divided while “leave” parties were united.

He then suspected that the financial effects of Brexit will behave more like a “slow puncture” than a “catastrophic blow out”.

Echoing his statements during his interview with The Boar, Sir Vince expressed fear over the re-election of Donald Trump and the potential election of Marine Le Pen, suggesting these events may energise right-wing populism worldwide.

Finally, he pondered the question, “where do we go from here?”, concluding that local government and popular protest movements like Extinction Rebellion may facilitate a return of “centre-ground” politics.

During the question and answer session following the talk, Mr Vince was criticised by two audience members.

One disagreed with his view that austerity was an “inevitable” policy following the financial crisis, while another challenged his views on Brexit, arguing that it would reclaim the UK’s sovereignty.