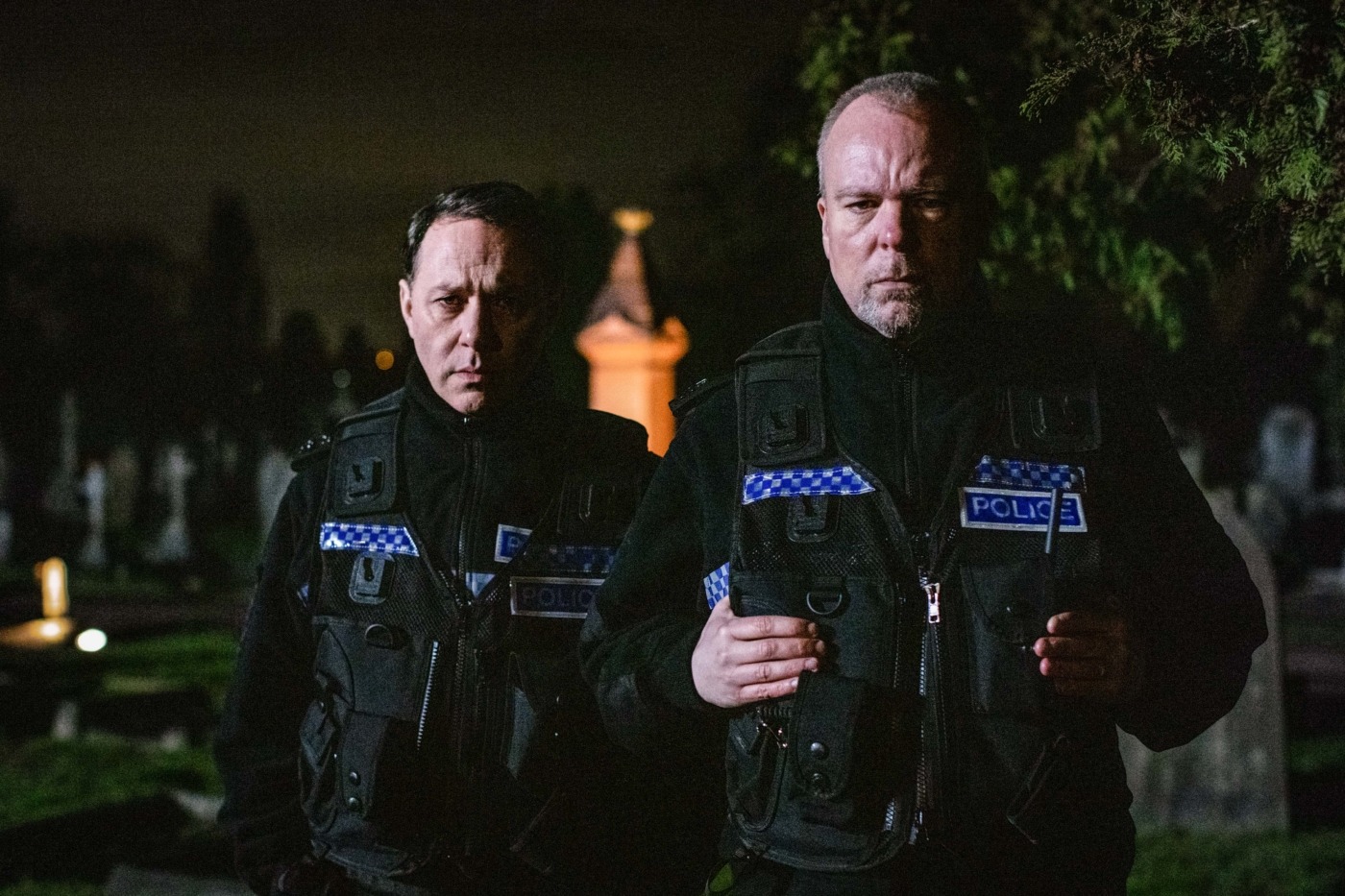 The end has come – another quality run of Inside No 9 has now wrapped up. Our final episode, ‘The Stakeout’, appears to be a police drama but, with this show, can anything ever be quite that simple? This is a compelling character-driven episode with a conclusion that may or may not work for you.

The episode follows two police officers, PC ‘Thommo’ Thompson (Steve Pemberton) and Special Constable Varney (Reece Shearsmith) as, over three nights, they conduct a stakeout in a local graveyard. Although they attempt to kill time with riddles and silly games, it’s clear that something is amiss in the partnership. Thommo’s former partner, PC Dobbo, died in mysterious circumstances while on duty, and SPC Varney is asking a lot of awkward questions about the incident, what exactly went wrong and where the missing forensic evidence has gone. What did happen to Dobbo, and will the quest for the truth prove fatal to the two officers?

‘The Stakeout’ initially appears very simple – a two-hander set entirely in a police car, allowing Pemberton and Shearsmith to bounce off each other with their well-established screen chemistry. There are a lot of character moments in which Thommo and Varney just chat, playing games imbued with a lot more meaning than they first appear, and it’s really impressive that the two can hold our attention when very little actually ever happens. Even in the more police procedural moments of the episode, we’re concerned less with the action than we are how our characters respond, and we do care.

It should be stressed how atmospheric the whole episode feels, with the trappings of the graveyard and the surrounding night cuing us into the fact that something wrong may be afoot. I (completely unjustly) haven’t mentioned it all series, but I’m going to single out Christian Henson’s lovely string score, again adding to the sense of dread. Even as we begin with the trappings of a police procedural, we suspect so much more.

“The ending raises far more questions than it answers”

I want to dwell, as ever in a review of Inside No 9, on the ending. I was initially very annoyed by the final five minutes because they seemed so out of nowhere, as if to twist for a twist’s sake. On reflection and after rewatching ‘The Stakeout’, it’s clear that that’s not an entirely fair judgement, as a lot of groundwork is laid (enough that a lot of people online guessed in advance, which I found very surprising). Even still, despite the seeds being there, I remain unsatisfied, and I think that’s because the ending raises far more questions than it answers. However, my mixed reaction here is testimony to how compelling the rest of the episode is, as I was very engrossed in the drama, and these faults are things that I’ve reflected on – I was gripped throughout.

‘The Stakeout’ shines because of the chemistry of its two leads and writers, who do more in half an hour than many people can fit into an entire series. Much though I’ve complained about the ending, it shouldn’t detract from how solid this episode is, and how engaged I was in what happened to the two characters. We wrap up with a high in a series that has been full of highs.

“We’ve seen a quality run of six episodes, all different and not a dud among them”

And I want to end on a little reflection on the fifth series of Inside No 9 itself, and sing the praises of a wonderfully inventive and compelling show. We’ve seen a quality run of six episodes, all different and not a dud among them (as well as some that could arguably stake a claim to the show’s best episode ever – ‘Death Be Not Proud’, I’m thinking of you). In the few moments the show has stumbled, that’s all down to its ambition and its ever-constant desire to surprise. We’re lucky to have a show like this on air and, with news that it has been recommissioned for a sixth series, a new run can’t come soon enough.

Thinking Out Loud: ‘Inside No 9’s most experimental instalment yet 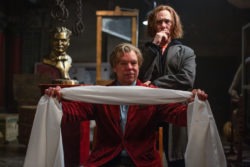