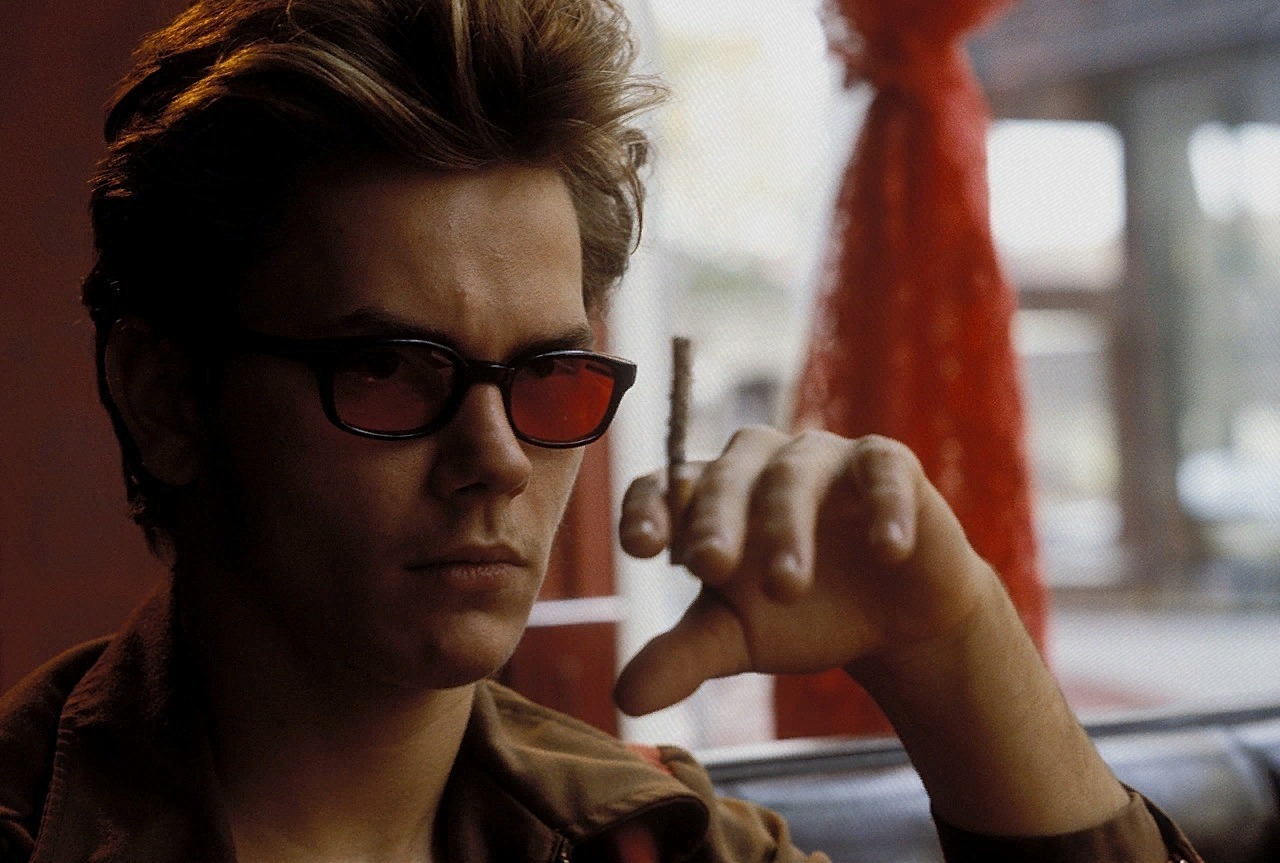 “Run to the rescue with love and peace will follow”, said Joaquin Phoenix as he ended his speech for Best Actor at this year’s Oscars. He was quoting his older brother, River Phoenix, a man so full of beauty and talent who was taken from this world before he ever really got a chance to show us how truly great he was. But what River left behind is immeasurable.

The eldest of five siblings, River was born to what he would describe as ‘hippieish’ parents. In what could be determined as an unusual childhood, the family moved around a lot, joining the Children of God cult, which they eventually became disillusioned with. Upon leaving, the surname Phoenix was chosen as an act of rebirth.

The world’s first major exposure to River came with Stand By Me. For a child actor, River showed immense talent; whereas another actor might have portrayed his tough character just like that, River offered a shell that would eventually crack, opening up to show a sensitive, scared boy. This sensitivity would serve him well, earning a Best Supporting Actor nomination for his role in Sidney Lumet’s Running on Empty, here playing the son of criminal parents constantly on the run from the law and on the move. It’s not far-fetched to suggest real life served some inspiration for his performance, and it is certainly one that holds the film together – at times, staring at his delicate face is enough to elicit tears.

His standout role, though, will always be My Own Private Idaho. Portraying a gay street hustler, it proved River wasn’t afraid to venture into material that others would consider too ‘taboo’. The film is essential to the ‘New Queer Cinema’ canon.  It wasn’t just indie cinema either. His role as a young Indiana Jones during the prologue of The Last Crusade is sheer magic. The transition between the young and adult Indy portrayed by Harrison Ford is practically seamless. Like any young star, River could easily have made his performance about himself, making an attempt to turn this iconic character into his own. Yet he doesn’t, instead remaining truthful to Ford – his performance doesn’t simply come across as mimicry. You don’t see River Phoenix and then Harrison Ford, you see Indiana Jones and Indiana Jones only.

And perhaps that is what made River the actor he was. I don’t think anyone would’ve complained had he followed through with an egotistical approach to his work. Yet River never succumbed to the demon of ego. He chose roles to become a character, not to make the character become him – he was practically a young character actor in a teen heartthrob’s body. And, if we’re being honest, he’d probably despise the label of teen heartthrob.

River never succumbed to the demon of ego

He didn’t bask in his own desirability or fame. He was outspoken with his beliefs, and hoped to use his celebrity to make a difference. A staunch vegan before it became trendy – and actually crucial – he saw it as our duty to protect animals. If the infamous story is true, he once ran out of a restaurant crying when his girlfriend ordered seafood. He was a sensitive soul, never clamouring for the limelight, perhaps preferring anonymity, yet found that if the light was going to shine anyway, he might as well use it for good. In a world where you can’t go a week without a celebrity preaching about a cause, River set the precedent, and it felt like he did it not because it would make him look good, but because he thought it was the right thing to do.

It is perhaps a curse that every young, talented and attractive actor is compared to River, in a way that no one had been since James Dean. Timothée Chalamet is probably the closest we’ve gotten so far in contemporary times, with his perfect hair and immediate screen presence. I’m a firm believer that had River not died on that fatal night in 1993, Leonardo DiCaprio (as talented as he is) would not have the same career as he does today. It’s not hard to see River in Titanic or The Beach.

He was outspoken with his beliefs, and hoped to use his celebrity to make a difference

River didn’t limit himself to acting. A passionate musician, he was the frontman of the alternative rock band Aleka’s Attic. Differing from most actors who fancy themselves musicians, River’s band is actually good. Whereas a contemporary actor like Ansel Elgort’s musical ventures come across as pretentious and self-congratulatory, Aleka’s Attic felt like another method of creative expression.

At the age of 23, Phoenix tragically died of an overdose. Like Dean before him, he was gone far too soon. We can only imagine what great things he would have accomplished, yet his legacy, and what remains, is inarguable. River Phoenix was the kind of actor, the kind of person, the world needed, but didn’t deserve. He lives on and feels present because of the person he was. He’s missed everyday.