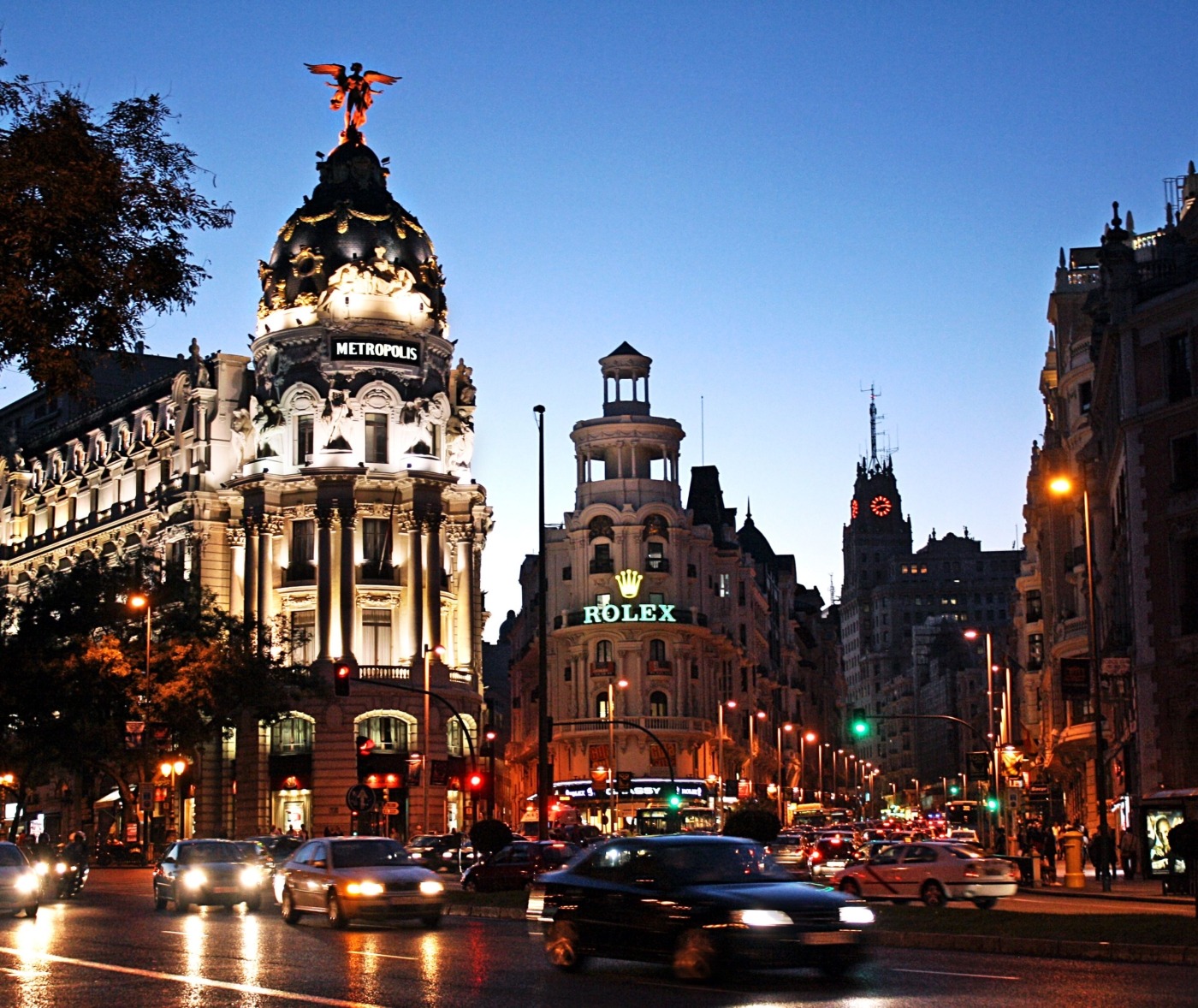 Music of the World: my hometown Madrid

With the rise in popularity of Reggaeton amongst Spanish speaking regions, Madrid has certainly not been one to miss out on the Latin trend, making it one of the most listened to genres in Spain’s capital city. Nevertheless, musical influences in Madrid are constantly changing, which has, in turn, created a dynamic, complex and diverse music scene throughout time.

Since the early days, Madrid has been regarded as a musical melting pot due to the Roman, Jewish, Moorish and Visigothic communities who resided there, who had a great influence on Madrid’s musical traditions. The most popular is the “Chotís”, which emerged in the 19th century and has become an emblematic element of the city’s festivals, such as in “Día de San Isidro”, which commemorates the patron saint of Madrid. Having emerged in the South of Spain, Flamenco has also always been extremely relevant in Madrid’s traditional music scene. In its strictest sense, this genre is made up of folkloric variations of the Andalucia region as well as the Romani communities in Spain, and its presence dates as far back as 1774.

In the turn of the 20th century, operas were becoming increasingly popular, with some of the most influential musicians of this genre being Madrid natives themselves, such as composer Manuel de Falla. The Teatro Real (Royal Theatre) of Madrid, to this day, is regarded as one of the greatest opera houses in Europe after its founding in 1818 by King Ferdinand VII. This theatre has attracted some of the most famous opera singers in history including Stravinsky and Giuseppe Verdi.

The end of the Spanish Civil War (1936-1939) and the start of Franco’s fascist regime changed the course of the music scene in Madrid. Being under the rule of a dictator, Madrid was a victim of censorship imposed by the authoritarian government. This meant that the explosion of pop music in the 1960s was highly restricted in not only Madrid but in the entire country. From 1960-1977, over 4300 songs were banned due to their blasphemous, sexual and political content. For example, Bob Dylan’s “Just Like a Woman”, was banned as it was considered to have a homosexual subtext. Evidently, there wasn’t much room for musical freedom in Madrid under Franco’s dictatorship, depriving the city of one of the most influential decades for music.

Franco died in 1975, and so, Madrid underwent a transition into democracy. This catalysed a cultural movement in the capital city, known as La Movida Madrileña. This countercultural process was characterized by the freedom of expression, and the transgression of taboos and restrictions imposed by the Francoist regime. This movement resembled the British New Wave, and many musicians from Madrid were pioneers in spreading the movement. Examples of these are rock band Hombres G and singers Victor Manuel and Ana Belen, whose work honoured the newfound freedom of expression in Spanish culture in the post-Franco era.

The legacy of La Movida has lived on in Madrid to this day, as it reminds the city’s inhabitants of the importance of artistic freedom, something that was so desirable yet unattainable just 40 years ago. The traces of this movement are still very visible in Malasaña and Chueca, both neighbourhoods where the La Movida originated, which are famous for their eclectic and eccentric nightlife. You will find bars and music venues which celebrate this era from the aesthetic they present, to the music they play and the drinks they serve, all of which commemorate the city’s most transgressive cultural movement.

In the late ’90s and early 2000s, Spain opened its border to migrants from Africa and Latin America, which diversified the music scene even more. South and Central American communities living in Madrid introduced several different types of Latin music to the city, including Salsa, Bachata and Merengue and African rhythms have become a soundtrack to the urban space, in particular in inner-city areas, such as the neighbourhood of Lavapiés.

Nowadays, music in the city is more diverse than ever. You will hear Reggaeton in every corner, you will be transcended back to the period of La Movida in any old Malasaña bar, Flamenco is undergoing a revival thanks to artists aiming to modernise the genre, the list goes on and on. The diversity of Madrid’s music scene and the history attached to it is equally as fascinating as the electric city itself, which I am proud of calling home.