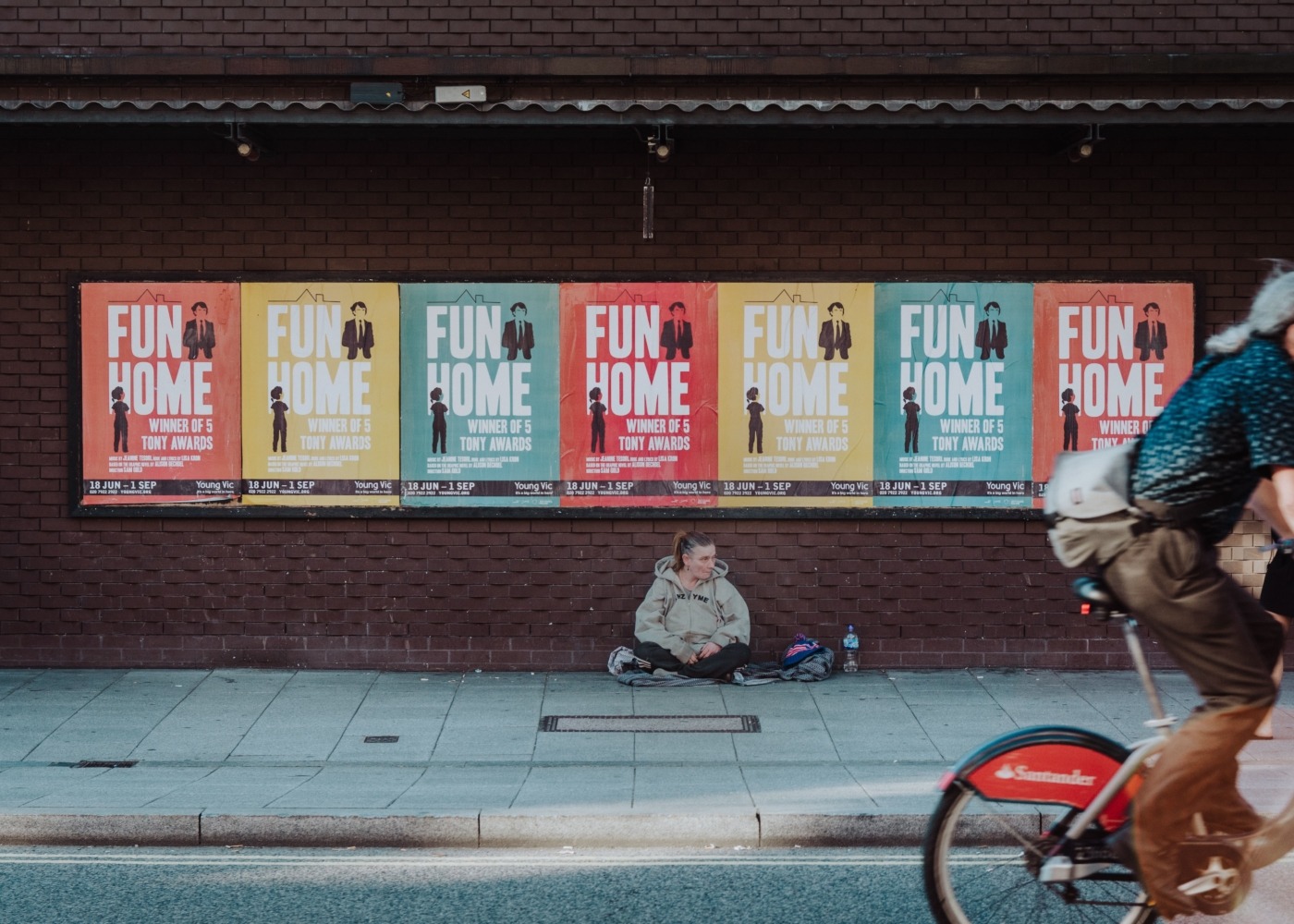 Global crises, such as wars, economic downturns and the Climate Emergency, have always disproportionately affected society’s most vulnerable. The Coronavirus pandemic is no exception. Governments around the world have legislated to mitigate the virus’ impact on people’s health. However, the unforeseen consequences of it are more difficult to implement policies on, as they often affect people on an individual basis.

The daily government updates, culminating in far-reaching powers forcing people to stay inside, are impacting everyone in different ways. While prime minister Boris Johnson told the British public that the government’s instruction for them to stay inside is “very simple”, such sweeping statements evidently cause people to question how such measures will affect their lives, and for some whether they can physically follow the regulations. The latter applies largely to at risk groups, and although the government is arguably making its guidance broad to tackle the crisis en masse, these groups often feel left behind.

While Boris Johnson told the British public that the government’s instruction for them to stay inside is “very simple”, some question how such measures will affect their lives.

Since the outbreak began in the U.K., the elderly have been warned about the potentially serious, even fatal impact that the virus can have on them. This means that by the time the government announced at least three weeks of quarantine on 23 March, they, along with those with “underlying” health conditions, may have already been isolated for weeks. Psychologists warn that the impact of loneliness on this group is most acute, impacting their mental health and encouraging a more rapid deterioration of physical health. The lack of communication that many elderly people receive however, often because of limited technical or social media competence, means many have limited contact with the outside world. They often preferring to be ignorant to the threat in order to maintain their sense of independence.

Deputy Chief Medical Officer Dr. Jenny Harries has been among the medical and government officials warning the public to stay inside, telling them that doing so allows older and vulnerable people to have some “safe space”. The restriction to the home for all but “essential” reasons can be dangerous for the physical and mental health of many groups. Those who require therapy or regular doctors appointments are increasingly having to go without or having them over the phone. Not going outside can cause people to revert to unhealthy behaviours and restrict rehabilitation for a range of physical and mental health issues. Social media is having both positive and negative effects. Many are using it to keep active, connected with friends and following pages promoting positivity and self-care. However a barrage of news on the virus has also made it an echo chamber of dread and hopelessness for many, exacerbating mental health problems for users.

The restriction to the home for all but “essential” reasons can be dangerous for the physical and mental health of many groups.

In another sense, the imminent physical dangers of being confined to the home are becoming increasingly apparent. Women’s Aid have reported that “almost all” recent calls it has received are related to the effects of the outbreak, with some victims experiencing physical abuse for the first time following it. Shocking reports from an anti-domestic abuse charity in China, stating that 90% of cases it has handled during this period were linked to the pandemic, have led British campaigners to call for more support. They cite the closure of schools as exacerbating the problem by forcing vulnerable young people to stay at home with their abusers. Sarah Benson of Women’s Aid highlighted how the virus means that “everyone’s world has shrunk into their homes”. She urges neighbours to watch out for warning signs of abuse, something stricter isolation measures will make more difficult.

Women’s Aid have reported that “almost all” recent calls it has received are related to the effects of the outbreak.

Those without a permanent home are also disproportionately affected by policies calling on people to stay inside. Tube stations, parks and other public spaces, as well as soup kitchens, are being closed nationwide, as they lack the means to provide hygienic spaces for those using them and those working there. The government has pledged an emergency fund for those sleeping rough and those at risk of it, aimed at giving them a safe space to “prevent the spread of the infection”. Campaigners however have highlighted that broader policies around self-isolating have increased social disparity, reducing donations to the homeless and leading to a postponement of Big Issue sales to protect vendors.

The government has pledged an emergency fund for those sleeping rough and those at risk of it, aimed at giving them a safe space to “prevent the spread of the infection”.

Those living in precarious situations, often because of family breakdown or limited income, are also at serious risk. The government recently announced measures to prevent evictions for nonpayment of rent to ensure people maintain accommodation. However, more casual arrangements are more difficult to account for. One case of a paramedic being asked to move out by his landlady, perceiving that his work could bring him into contact with the virus , has recently swept Twitter with a barrage of criticism and calls for greater support of NHS workers. While support of key workers is obviously paramount, this case reflects the dilemmas faced by families, housemates and people in relationships across the country.

The essential work of one person can put the rest of the isolated household at risk, making decisions on how to isolate complicated. Those who need to leave the house, and therefore pose a higher risk of bringing the virus in, such as emergency workers, caregivers, teachers and supermarket workers, are often the ones who need the most support and home comforts when they get home. They may also live with family members who are elderly or have underlying health conditions. For example, an anaesthetist posted that she had to move out of her home to continue working and to protect her husband with cystic fibrosis. Coronavirus is tearing families apart across the world, with many feeling divided between their jobs and protecting their loved ones. The majority however lack the means to isolate family members to different accommodation and living isolated in the same house can cause serious emotional strain on everyone in the household.

Coronavirus is tearing families apart across the world, with many feeling divided between their jobs and protecting their loved ones.

The pertinent part of this crisis is that it has touched every single part of society. No one is living in the same way that they were a matter of weeks ago, and this new reality is gradually becoming more and more distant from normality. Society needs to adapt to this and it needs to adapt fast, but it should do so in a way that ensures that no one is left behind. The only thing that will achieve this is if every single person mobilises to root out the social injustices Coronavirus is exacerbating. Charities and mutual aid networks, which coordinate local volunteers to help the isolated, are sweeping the country and showing that many understand the need to be community-minded during this difficult time.

The key message is that the biggest contribution individuals can make is to stay at home and not be a spreader. The fact that some can never fully isolate makes it even more important for those who can to do so to the fullest possible extent. Whether in or out, people across the world are facing the hardships of this virus, and the only way to overcome them is to think of others in whatever action you are taking, a valuable skill that will hopefully take society through this pandemic and into a brighter future.