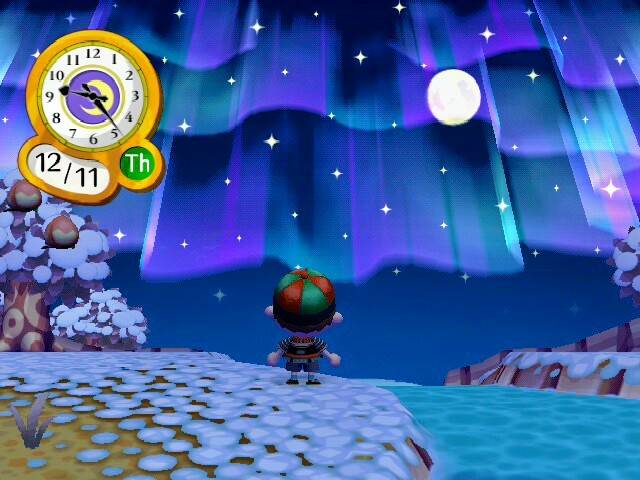 It is not long before we return to the world of Animal Crossing, so what better time to reflect on this curio of a series? How did a title with such little gameplay come to be one of the gaming world’s most recognisable and beloved franchises?

Animal Crossing was initially born of a failed Nintendo 64DD game called Dobutsu no Mori, which had one flagship feature—a system-level real-time clock. It was released in Japan at the end of the N64’s life in 2001, and was quickly buried under the hype for the next-gens, more technically impressive games. However, Nintendo saw that it had a winner, and decided to re-release it on the GameCube. They managed to do so in Japan in 2001, but the localisation process meant we did not see it in Europe until 2004.

The gameplay, insofar as there is any, is as follows: players acquire Bells, a currency that they can use to pay off their mortgage to raccoon shopkeeper (and generally evil capitalist tyrant) Tom Nook. As you progress, your house expands, thus necessitating more Bells. The joy of the game, though, is that you do not need to do a lot—it is often more fun to explore, making friends with the neighbouring animals and seeing what your town has to offer. Slow progress is good because these connections become more meaningful—the village quickly grows to become your village. The fantastic cast of adorable and distinct characters quickly become your friends.

When Wild World was released on the DS in 2005, it refined the formula, making the whole village a full open shape, with a rolling visual style creating the illusion of a full world. The second screen was used for inventory management, and online mechanics were introduced to allow friends to visit one another. The major criticism was the removal of timed holiday events, something done to enable Nintendo to roll out the game across all major territories far quicker than the original, taking three months rather than three years.

Bizarrely, with the core gameplay refined to the point of perfection, Nintendo would later decide to compromise on what makes the games special. The Wii’s Let’s Go to the City kept the village gameplay when it was released in 2008, but it included a new city area that meant you had to leave your rural paradise for city life. Critics also disliked the addition of voice chat during online multiplayer, which again broke the illusion the Animal Crossing series thrives on.

The series next returned in 2013 with the Wii’s New Leaf—you were appointed mayor of the town, a role that proved as easy as Tortimer had always made it look, and the city elements were stripped away. You know had the power to pass bills or build new facilities, minor tweaks which made the game feel more respectful of player’s time than ever before. Many buildings and shops moved to the outskirts of town, freeing up more space, and Nook has moved into the real estate business—another crafty way to hose you down for money.

Slow progress is good because these connections become more meaningful

After New Leaf, we faced a number of spin-off titles, which tried to chart new paths for the franchise and were generally unfavourably received by audiences. The best was 2015’s Happy Home Designer, a 3DS title in which you design houses for villagers based on their requests. That same year we also saw the WiiU’s Amiibo Festival, a party game that was heavily criticised for the need for Amiibo. Nintendo also brought the series to the smartphone in 2017 with Pocket Camp, which updates the villager relationship system but also boasts a microtransaction currency. The franchise also made some cameos in other series—the Villager represented the series alone in Super Smash Bros 4 and was joined by Isabelle in Smash Ultimate. Both of the characters are also available in Mario Kart 8, as is a track that changes forms based on the season.

The Animal Crossing games are fan favourites and normally rank among the best-selling for their respective consoles—there is no reason to expect that New Horizons will be any different when it is released on Switch this year. The gameplay looks to be similar—Tom Nook is back, this time offering holiday packages to a deserted island. It looks like there are more customisation options than ever before, but the game will otherwise be as it always has—another slice of paradise. In a gaming world defined by difficulty, Animal Crossing was never afraid to be sedate and charming, and that is why it has a place in so many gamers’ hearts.