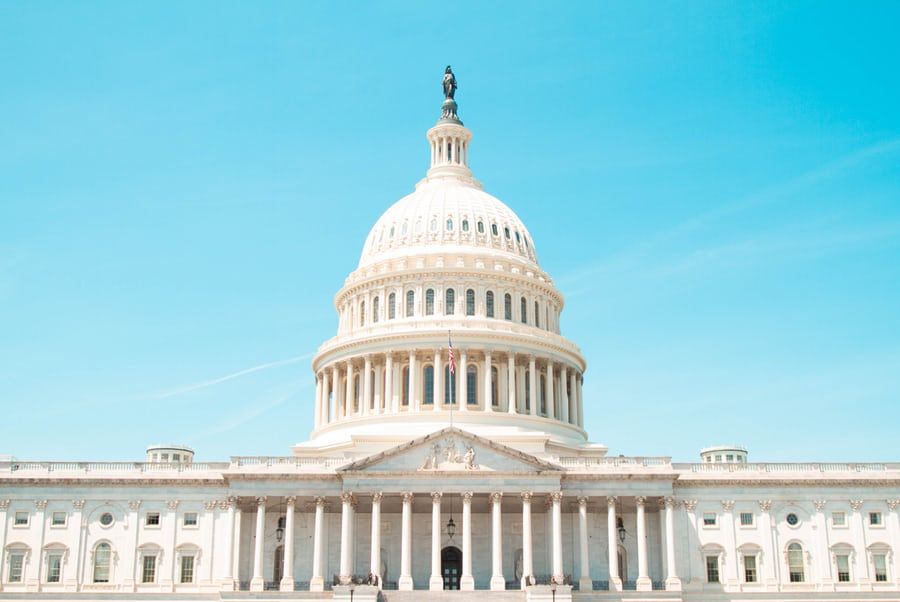 Climate change activism has skyrocketed in recent years and calls from the general public for those in power to take drastic action have become deafening. Yet, whilst most nations have ramped up efforts to combat climate change, the United States has seen a rapid dismantling of previous environmental legislation under the Trump administration. However, with just ten years until the damage caused by climate change becomes irreversible, environmental policies are playing a leading role in the 2020 US Presidential campaigns.

Labelling climate change “mythical” and “a hoax”, President Trump has repeatedly ignored and undermined the advice of scientists. His refusal to acknowledge the detrimental role played by mankind in contributing to global warming, and his regressive actions (including withdrawing from the Paris Agreement, promoting fossil fuels and replacing Obama’s Clean Power Plan with far more lenient regulations), reflect a conscious ignorance towards the realities of climate change. Astoundingly, despite his administration having taken 140 individual steps to reduce federal climate intervention, Trump still claims to be an  “environmentalist” and states that the climate crisis “is very important to me”. He has said very little about the environment in his campaign for re-election; however, his unwillingness to discuss the matter, in conjunction with his record in office, speaks for itself.

Although it is largely assumed that Trump will comfortably win the Republican nomination, he still faces competition from one rival – Bill Weld. Unfortunately, Weld’s environmental promises are equally non-committal, as he claims that “lawmakers should let the market decide when it comes to regulation on climate change”. Both Republican candidates refuse to recognise the magnitude of the threat of irreversible climate change, instead still choosing to prioritise big business. This short-sighted approach can and will have catastrophic effects, and not just for the people of the United States. Unlike social and economic policies, the ramifications of a leader’s environmental policies will not just be felt by the citizens of said nation, they will be felt worldwide. Thus, the pattern of denial emulated by both Republican candidates is not merely a concern for the US electorate, but for everybody.

Fortunately, all three Democratic candidates have proposed far more comprehensive plans to combat climate change. Bernie Sanders’ pledge to assign $16.3 trillion to environmental measures is particularly reassuring, whilst his promise that this “green economy” will generate 20 million new jobs reflects an awareness of the importance of tying environmental policy to expanding business, making his promises economically viable. He has also pledged to ensure that the United States is using 100% renewable energy for electricity and transportation by 2030, if not before. Of all the 2020 candidates, Sanders appears to be promising the most significant environmental action. Given the urgency of the current climate situation, this is exactly the approach that is needed.

The ramifications of a leader’s environmental policies will not just be felt by the citizens of said nation, they will be felt worldwide

Meanwhile, whilst Joe Biden has expressed a similar tenacity in speeches about environmental issues, his policies lack the sense of absolute urgency that is required at this stage of the climate crisis. Despite claiming that the United States faces “no greater challenge” than that posed by climate change, he proposes to allocate just $1.7 trillion of federal investments over the next decade to combat the problem. However, both candidates have agreed to re-join the Paris climate agreement on their first day in office and they share in their recognition that “our environment and [the United States’] economy are completely and totally connected”, reflecting a progressive outlook, that puts the Republican Party to shame.

Tulsi Gabbard’s environmental record reflects a personal passion for sustainability. Having previously proposed a plethora of environmental legislation, much of which has been passed, including the ‘Off Fossil Fuels Act’ (H.R. 3671) and the ‘Water and Energy Sustainability Through Technology Act’ (H.R. 3275), Gabbard has demonstrated a genuine commitment to the environment throughout her political career. However, she has not released a comprehensive plan, nor committed to exact figures for environmental measures, instead appealing to the electorate to trust in her record to date. The absence of concrete promises means that there is little for which Gabbard could be held accountable, a fact that should be particularly concerning to the electorate.

Although the policies and priorities of each candidate vary significantly, there is a clear divide separating the business-led approach of the Republican candidates from the greater sense of environmental concern felt by the Democratic nominees. If placed under yet another Republican government, the United States will continue to serve as an active contributor to the problem of climate change, rather than working towards the solution. Scientists have predicted that we have only a decade left to prevent irreversible climate damage. Therefore, we simply cannot afford another term of the Republican Party’s regressive environmental policies.

As the second-largest contributor to climate change globally, the United States must act now, and electing a president who will work actively to combat the climate crisis is a vital step in the right direction.