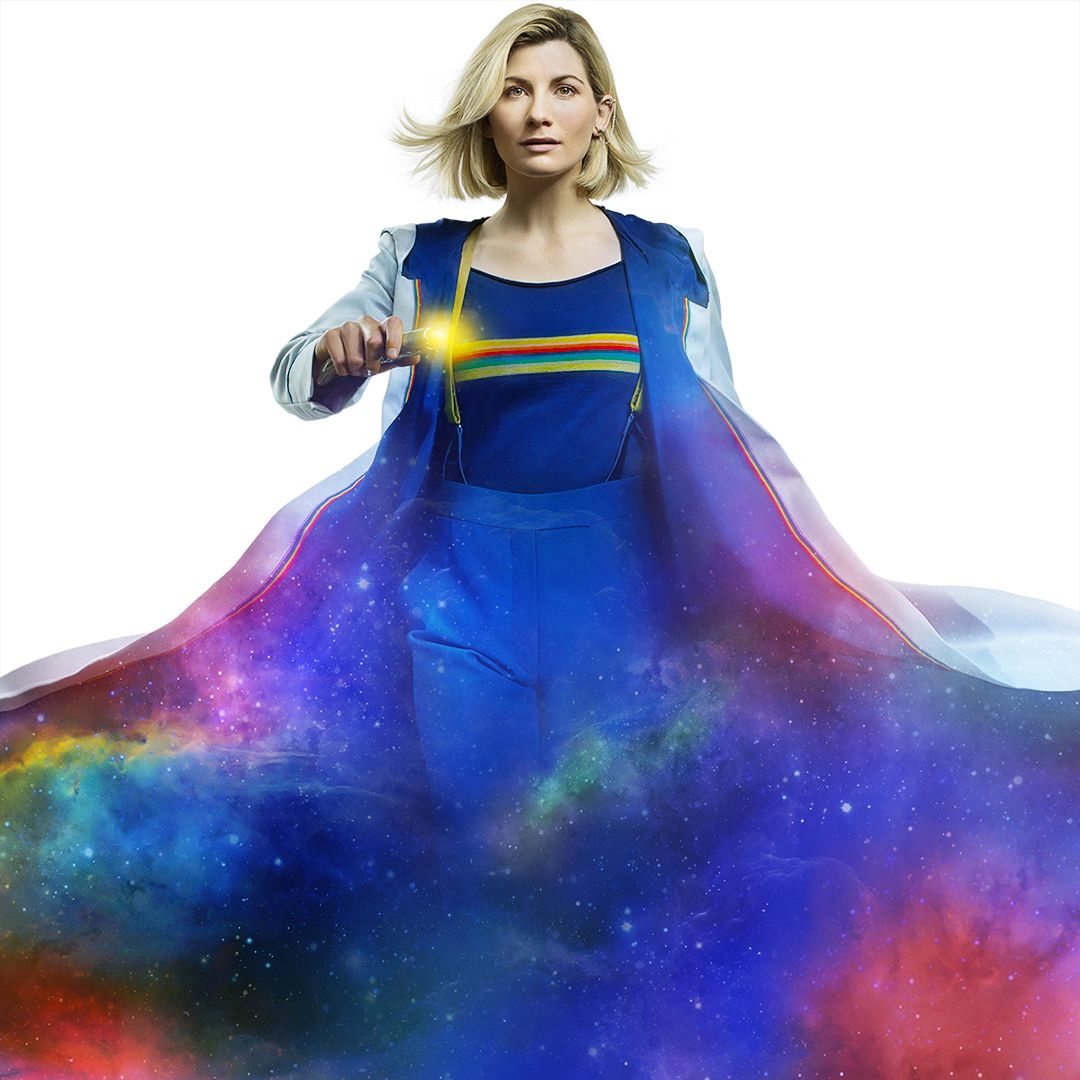 Doctor Who ‘The Haunting of Villa Diodati’ sees the TARDIS crew land by Lake Geneva in 1816 on the night Mary Shelley is inspired to write Frankenstein. It’s an excellent first story by new writer Maxine Alderton and one of the best Jodie Whittaker has had so far.

‘The Haunting of Villa Diodati’ begins, somewhat appropriately, with a haunting. Pottery is smashed, mysterious figures are glimpsed, and the house reorganises itself like an Escher artwork, trapping the guests and causing them to go around in circles. It’s a brilliant way to start the adventure, with plenty of mystery and horror. In the house are several important literary figures, from Shelly herself to Polidori and Byron, played fantastically by Jacob Collins-Levy. Alderton does a fine job at balancing the eerie story and the often-humorous characters so that neither undermines the other.

The cause of the haunting is slowly revealed to be Percy Shelley, infected with an alien substance and rearranging the building to defend it from a mysterious figure outside. And then… surprise! It’s a Cyberman! Well, it would have been a surprise had the BBC America Twitter account not all but revealed it before the episode began. Nonetheless, this Lone Cyberman, the one mentioned by Captain Jack back in ‘Fugitive of the Judoon’, is terrifying and brutal.

The Chibnall era of the show has often struggled to produce its own memorable foes but it does have a good record of putting a new twist on classic villains like the Daleks and the Master. Here, the same can be said of these silver-suited cyborgs, as this Cyberman has not been fully converted. He retains the strength of most Cybermen and yet is full of rage and pride. It’s a fascinating and fresh take on one of Doctor Who’s most popular antagonists, especially when they’re a race so easy to get wrong. All too often they have had to play second fiddle to another threat or have come across as too robotic, but here the full disturbing horror behind them is portrayed well.

Once this Cyberman breaks in, the episode unfortunately becomes a bit more mixed. On the one hand, the brutal deaths of the house staff and Doctor’s confrontation with the monster display a satisfying level of threat that has often been lacking these last few seasons. Unfortunately, on the other hand, much of the creepy atmosphere is sacrificed for plot dumps and exposition to set up the finale. It feels a bit jarring to go from what feels like a standalone mystery in the nineteenth century to talk of Cyber Wars and data bases. That’s not to say Doctor Who shouldn’t try to play around with genre or experiment with different ideas. It worked for ‘Spyfall’ after all. It is disappointing though to have an almost flawless first half followed by scenes which only really are there to set up elements for the next two episodes.

However, even the weaker half of ‘The Haunting of Villa Diodati’ has some nice moments. The scene where the Doctor asserts her authority over her companions and challenges their morality is engaging stuff, and although it’s an idea previously explored by Doctor Who audio plays, watching Mary Shelley be inspired to create Frankenstein’s monster because of a Cyberman is a clever idea. Even the reference to the conversion of Bill at the hands of the Cybermen in Series 10’s ‘World Enough and Time’ makes the Doctor feel more complex and vulnerable than perhaps this incarnation would have liked us and her companions to believe. She essentially loses this story and is forced to hand over the Cyberium substance to the Lone Cyberman, ignoring Jack’s warning. As annoying as it was to lose so much of this tale to setting up the finale, it does put Team TARDIS on the back foot and changes their relationship to one another. The stakes for ‘Ascension of the Cybermen’ now feel far higher.

Doctor Who ‘The Haunting of Villa Diodati’ is a chilling, and often disturbing episode. Although it suffers from having exposition awkwardly stuffed into it, it makes excellent use of the Cybermen and both the regular and guest characters. If Maxine Alderton isn’t back for Series 13 it will be a great disappointment. And after this enjoyable tale, we prepare to head straight into the finale, as the Cybermen are on the march once more…

Previous episode: ‘Can You Hear Me?’