Composting is a form of organic waste disposal where the waste is left to decompose naturally in a designated area. Traditionally composting was carried out outdoors where garden waste could be left in the compost heap. However, indoor compost bins are rising in popularity. Many people do not carry out regular gardening or even have access to a big garden. This is especially true of the younger generation.

The process of composting involves waste being broken down by microorganisms such as bacteria in an oxygen rich environment. The decomposition of the waste produces a humus rich material which is great at storing nutrients. This makes it an ideal fertiliser for your garden or farming. It is organically produced and won’t have the damaging side effects that a chemical fertiliser would. Not only this but it also reduces that amount of decomposable matter ending up in landfill.

The easiest way to compost indoors is by using a worm bin which is a container containing a portion of worms proportional to how much waste your household produces. However, keeping worms in the home isn’t for everyone so there are worm free alternatives which you can use. Any plastic bin or even bucket can be used for composting. The key is to make holes in the lid to allow air exchange. Once you have a container, you can just start putting your waste into it.

Keeping your bin healthy can sometimes be challenging, especially for those who haven’t composted before.

However, it’s a bad idea to compost extremely smelly things, such as onion peelings. It may make the room smell! Watery produce, such as melons, should be added rarely as they can make your compost very soggy. Food composts much quicker if it is in small pieces so if you can, chop things up before binning them. If you want to compost meat and dairy waste however, then you should use a more complex composting method known as Bokashi composting.

Keeping your bin healthy can sometimes be challenging, especially for those who haven’t composted before. Adding a handful of shredded paper or dried leaves to your bin every time you add waste is a good way of preventing the bin from being too soggy. It also encriches the bin with a carbon source. Another tip is to regularly mix the contents of the bin to increase microbial action.

Even if you don’t use the compost produce for gardening, it is still a great way to reduce the amount of waste that ends up on landfills. Why not give it a go? 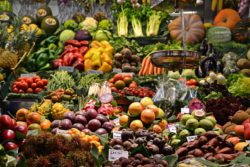 Gallery image with caption: Is a plant-based diet the best way to fight climate change? 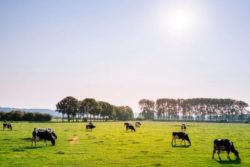 Gallery image with caption: The science of meat-alternatives: trimming the fat from our diet 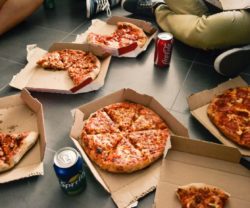 Gallery image with caption: How to have a more sustainable period