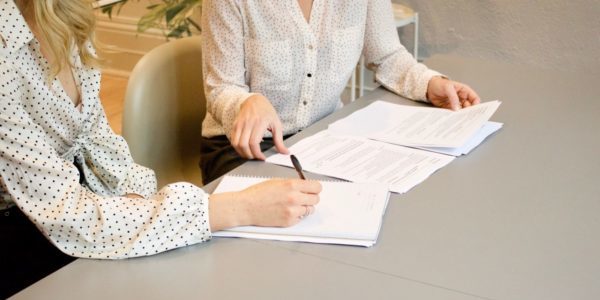 In interview with: author, journalist and Warwick alumnus Paul Cooper

River of Ink is set during the reign of a tyrannical king named Magha – a man who arrived in Sri Lanka, deposed the previous king, and ruled with violence. I imagine that the previous king had a court poet that the tyrant Magha decides to keep on. And when the new king asks him to translate a poem for him, this poet gets in way over his head.

My new book, All Our Broken Idols, is also a piece of historical fiction, set in the final days of the Assyrian Empire of ancient Iraq. I love telling stories about the past, and trying to find the shared, common humanity of people from distant ages. It makes me feel a sense of connection and compassion with the people who’ve come before us.

One of my favourite articles was for the New York Times, reporting on how the landscape of Britain was affected by the drought of last year. The dry weather meant that cropmarks – the ghostly figures of buried archaeology – began to appear in fields right across the country. You could see iron age settlements and Roman encampments, barrows and henges, the street plans of ancient towns rising back out of the earth.

It was a beautiful piece to write while the country seemed to be falling apart, as ministers were resigning from a government that always seemed on the brink of collapse, and Brexit negotiations had stalled. And all the while, the past was returning everywhere, written on the landscape. I also enjoyed writing one for the Atlantic on how the Colosseum in Rome used to be a wild, overgrown garden, where rare plants grew that were possibly brought from Africa on the fur of animals like lions brought to fight in the arena.

Most of my articles start with a ruined place, and ask how it got that way. Every ruin is a place where history took a dramatic turn, and so they’re usually places you can find a good story.

It’s always a long road to publication, and part of the challenge is always keeping up your own inspiration with the project. Part of the joy of writing River of Ink was going to live in Sri Lanka, learning to speak Sinhala and getting to know the people over there. The most difficult part of writing All Our Broken Idols was organising research trips to Iraq, which can be a challenging country to visit. I’ve now spent a decent amount of time in the country, and toured around the south, around Basra, Nasiriyah and Baghdad, and toured ancient sites like the ruins of Ur, Uruk, Nimrud, and Babylon, where the ruins of one of Saddam’s Palaces looks out over the crumbling ruins of ancient palaces that are over 2,000 years old.

Thank you! It’s a nerve-wracking time of course, but exciting to see the book come together and finally bound in paper form. The book partly rose out of work I did putting together the archive of a novelist called Russell Hoban in the winter of 2013-14. He had died recently, and I was put in charge of sifting through all his papers and manuscripts, putting everything in archive order and getting it ready to sell on to a university in the United States. Russell was a man of infectious obsessions, and one of these was a series of carvings kept in the British Museum, which show a King of the ancient Assyrian Empire named Ashurbanipal, hunting lions in his chariot. 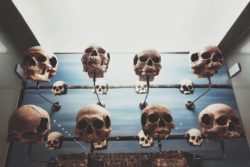 Gallery image with caption: The effects of China delaying the publication of US books

Gallery image with caption: Listen while you read: the best book and music pairings

Gallery image with caption: Rest in publishing: are publishers profiting from the deaths of celebrities?