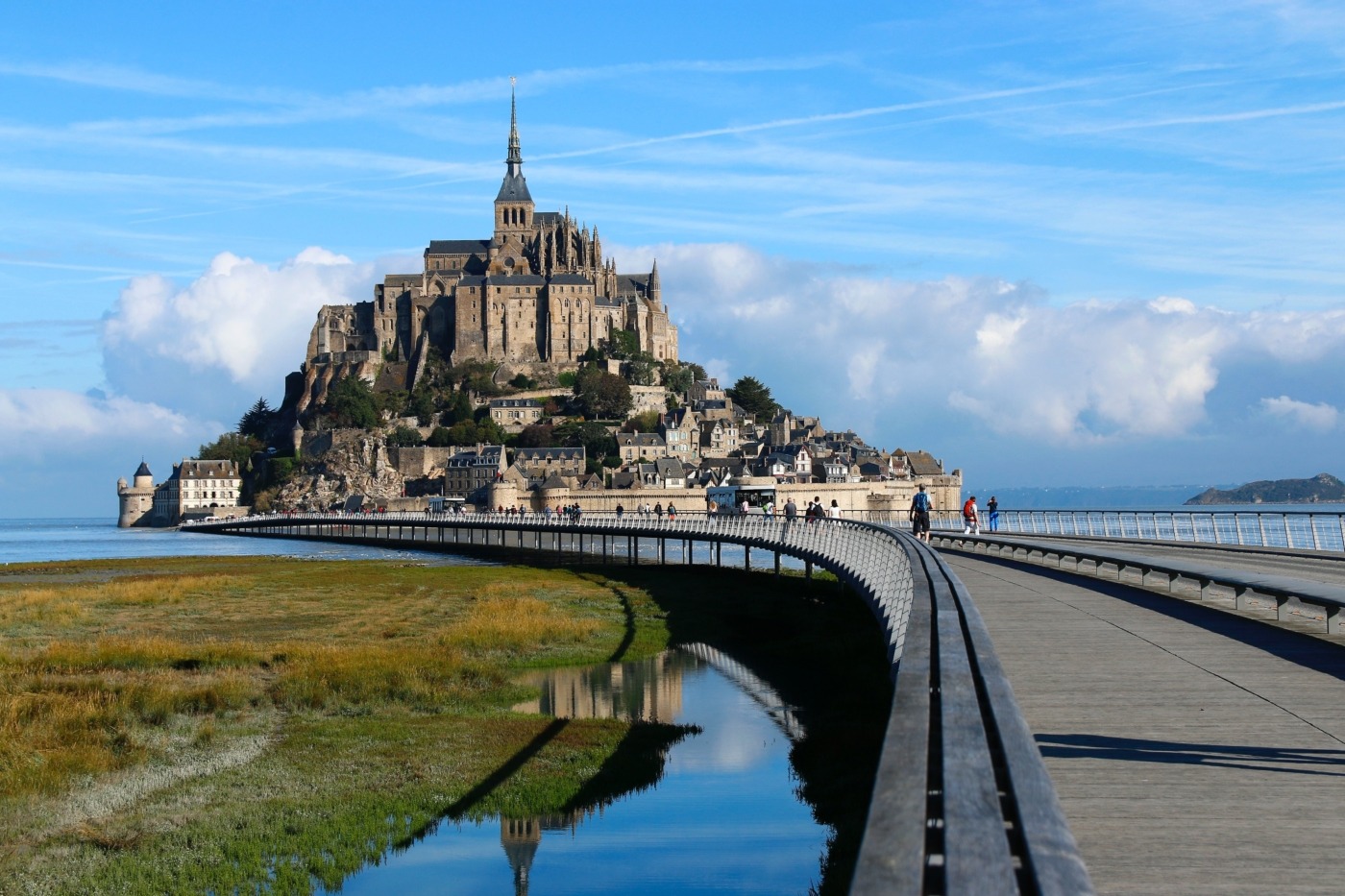 By Reece Goodall
Feb. 3, 2020
Posted in Films that inspire your wanderlust, Travel

When you head abroad for your holiday, what do you look for? Relaxation, or the chance to experience a new culture? Or perhaps, as film and TV play an increasingly large part in our lives, we could look for locations that inspire or directly feature in media.

Disney is a big company known for incorporating real-life locations into its animated films. The beautiful city of Mont Saint-Michel was used as a model for the kingdom in Tangled, and a lot of actual Alsace architecture made its way into Belle’s village in Beauty and the Beast. Perhaps this is no surprise – castles and fairytale villages feature a lot in Disney’s filmography, so it’s reasonable to draw on real-life examples for inspiration. And it’s not just the old that appears, the central gaming port in Wreck-It Ralph was adapted from New York’s Grand Central Station.

If you’re a fan, it’s entirely possible to fill your holiday time with tours

Of course, when you head to big cities, they have appeared in loads of films simply because of their importance. For example, you can find lots of significant screen locations in London or New York. If you’re a fan, it’s entirely possible to fill your holiday time with tours, some free and some paid, that chart how local locations factor into major films. In most cases, you’re paying for the experience of the guide, but many locations are free to access. When I was in New York, I did a bit of a film tour, heading to, amongst other places, the HQ building from Ghostbusters.

When I was on my year abroad, I lived in a place called Cherbourg. If you’re not overly interested in World War II history, its biggest claim to international fame is that it is the setting for the iconic 1964 Les Parapluies de Cherbourg (The Umbrellas of Cherbourg). In the main town area, the streets are lined with umbrellas, and significant locations from the film are marked with plaques, forming what is known colloquially as the ‘umbrella trail’.

I think this is the best of both worlds – people know that the film is culturally important and it is used as an attraction, but there is no charge to be able to experience it

In my own experience, local people were very enthusiastic about the experience and, although there were a number of tours advertised, maps were made readily available, in order that you could follow the trail yourself. I’m not a musical fan particularly, but I did follow the trail. Each plaque charted the story and gave you behind-the-scenes information, and it was really interesting.

I think this is the best of both worlds – people know that the film is culturally important and it is used as an attraction, but there is no charge to be able to experience it. I suppose that, as much of the film was shot in the streets, trying to impose a charge wouldn’t really be a viable option. The draw of a screen location is often enough in itself to lure people in, and they’re likely to spend their money anyway on related souvenirs or in the area.

If anything, the prospect of a charge for most locations would, I expect, work to put people off, and it would prove unenforceable anyway. Film sightseeing is something fun to do but, unless you’re an avid fan of a particular production, why would you pay a lot of money to look at a couple of buildings?

The best films and TV shows reflect our world

I want to relate a tale of when film tourism is done wrong. When I was a young kid, my family went on holiday to Tunisia as some of the desert homes here were the inspiration for Luke’s Tatooine home in Star Wars. I learned this, and that there was a Star Wars tour event on offer, and I eventually persuaded my mother that we should go. It proved a costly mistake, as the grand tour had one stop, the actual building used in the film, and the guides knew the bare minimum. We were ripped off massively, paying extortionately for a short coach trip and the chance of a photo, which had to be taken in the hours we remained by this one structure before the coach returned.

Locations are a draw in themselves and tour operators have generally been good in how they use them. It’s unfeasible, outside of certain film lots, to charge for a holiday snapshot in front of a recognisable building or significant location, but changing for an informed tour and the screen experience is a solid move.

Further, if the place wants to cash in on its status, if the Ghostbusters building wants to offer memorabilia for visitors, for example, that seems eminently reasonable. The best films and TV shows reflect our world – we want to see it, and you can’t shut the world off behind a paywall.