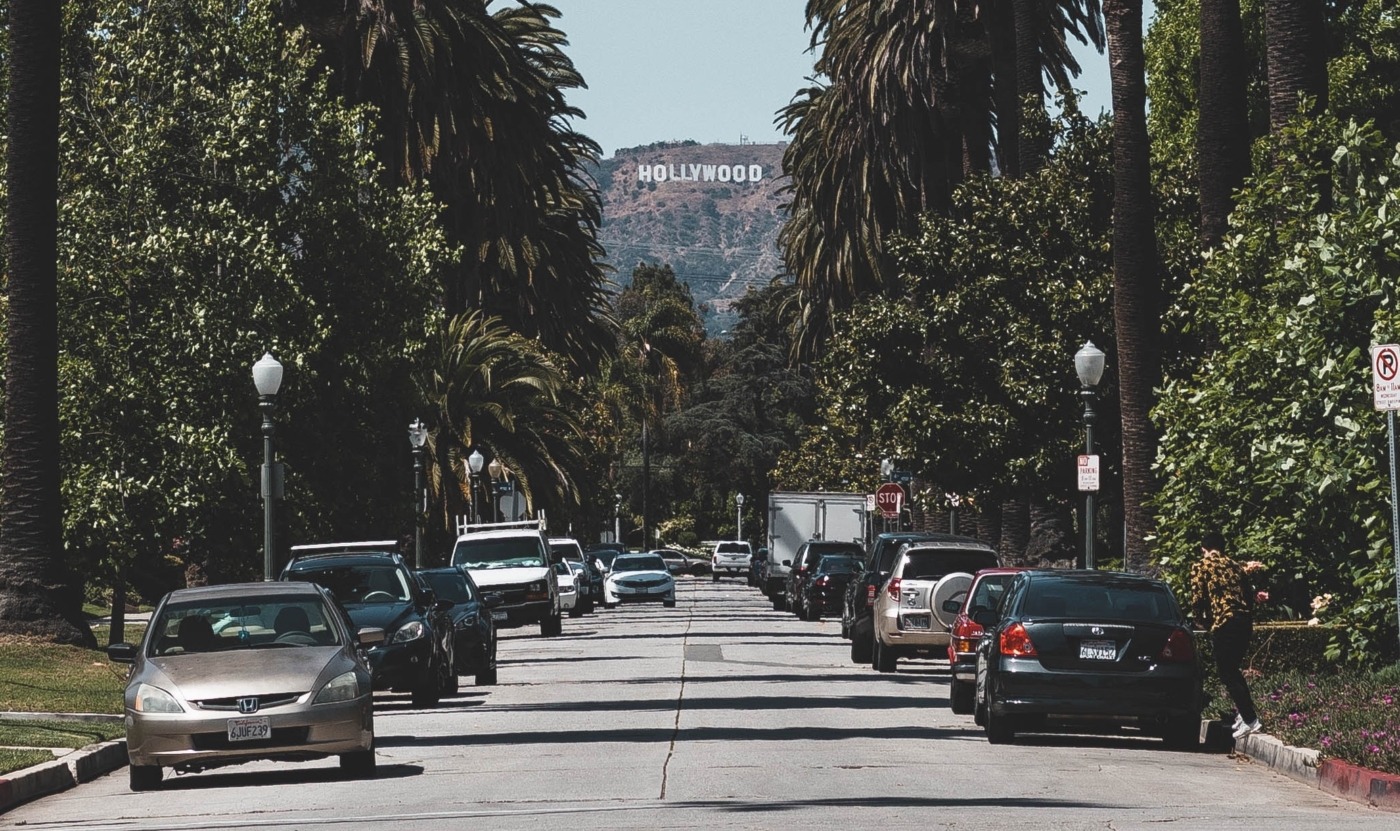 The 2020 awards season is a disappointing return to form

It’s awards season in Hollywood and, as ever, the nominations have been slated for a lack of diversity. Although the industry has sought to redress this problem in recent years, this year’s nods seem to suggest that a few quick fixes have not stopped Hollywood’s return to its usual ways.

The disappointing Baftas were the first indication of how this award season would go when, despite diverse nods and a win for Awkwafina at the Golden Globes, no actors of colour were nominated in any of the acting categories (excluding the EE Rising Star Award). Bafta CEO Amanda Berry said that “the lack of diversity in today’s nominations is hugely disappointing to see”, and the hashtag #BaftasSoWhite began trending on Twitter (a reference to the Oscar controversy of just a few years ago). Director Steve McQueen commented on how disappointing these nominations were, going so far as to state that “Unless the Baftas wants to be like the Grammys, which is of no interest to anyone, and has no credibility at all, then they should continue on this path. If not, then they have to change. Fact.”

Although we all know that these awards should be given based on who deserves them, there is a lot of backstage politics going on, too

Then, onto the Oscars, and there was only one non-white nod – Cynthia Erivo as the eponymous Harriet. Strong favourites (like Jennifer Lopez in Hustlers) and long shots (Lupita Nyong’o in Us; Awkwafina in The Farewell; Eddie Murphy in Dolemite Is My Name; any of the cast of Parasite) were frozen out completely, with unexpected but more conventional performances showing up instead (Kathy Bates in Richard Jewell was a huge surprise). Last year, three of the four Oscar acting winners were won by non-white actors – this year, there’s only one, and she’s not really a serious contender in the category. There are some reasons – film award bodies don’t really like comedic films, thus essentially disqualifying Awkwafina and Murphy from the off (the former’s Golden Globe win was, pointedly, in the Actress in a Musical or Comedy category). But some moves do seem less obvious – four of the 10 Bafta actress nods went to Scarlett Johansson and Margot Robbie, and only the Oscars recognised black British talent in Erivo, which seems a very disappointing outcome for the Baftas.

Coupled with the seeming erasure of race, there was also a lot of discussion over the industry ignoring female talent. The Golden Globes failed to nominate any women in any of the writing categories, although the Baftas recognised both Little Women and Booksmart (the former picked up an Oscar nod too). These nominations were the only ones for Little Women’s director, Greta Gerwig, who was shut out of the Best Director shortlist in all of these ceremonies (as, indeed, was any female director at all). Issa Rae, one of the Oscar announcers, made a point of saying “congratulations to all those men” after revealing the directing contenders.

Gerwig has become the centre of the media storm, particularly as she is the only female director in the past 10 years to receive an Oscar nod (a nomination this year would’ve made her the only female ever to be nominated twice). Only five women have ever been nominated, with just one winner (Kathryn Bigelow in 2010). However, there were also some hopes for Lulu Wang (The Farewell), Lorene Scafaria (Hustlers) and Marielle Heller (A Beautiful Day in the Neighborhood), and the all-male shortlists have highlighted the barriers that female directors in the industry face in finding recognition. Just 13% of the 250 highest-grossing 2019 films were female, although that does mark an increase of 4% since 1998.

Strong favourites were frozen out completely, with unexpected but more conventional performances showing up instead

Asked about Gerwig’s snub, Little Women star Florence Pugh said: “It is sad, but the very fact that last year we had more female writers and directors than ever and we’re still coming up against it is quite an obvious problem. But we’re talking about it, and hopefully it’s changing.” But, even in a very strong field (in which the weakest contender is, inexplicably, probably Martin Scorsese), Little Women feels like the kind of film that Oscar voters love, so its omission remains disappointing.

One area that is being particularly under-discussed is the lack of popular film. Although I think that Avengers: Endgame was somewhat disappointing, it’s bizarre that the Academy fell over itself for Bohemian Rhapsody and Black Panther, and yet only managed the typical ‘visual effects’ nod for a film of massive cultural importance (on that note, Rami Malek won as Freddie Mercury, but Taron Egerton’s superior performance as Elton John didn’t even get a nod). Last year, the Academy was looking at introducing a Best Popular Picture Oscar to encompass films like this – this year, they froze out the biggest film of all time, one which was essentially keeping the lights on in cinemas. Although Joker is a superhero film, its purposely different nature means it can’t really be considered in the same bracket.

Disney suffered a couple of other shocks. Frozen II failed to pick up a nomination for Best Animated Picture, and Beyoncé didn’t receive a nod for ‘Spirit’, her original song for this year’s The Lion King. Although it is essentially dominating popular cinema consumption, Disney certainly wasn’t allowed the same privilege at the Oscars. And then, we have the usual spurning of popular genres – a lot of people felt that Lupita Nyong’o ought to have received a nomination for Us, but the Academy is notoriously reluctant to recognise horror. Similarly, Florence Pugh failed to pick up a nod for Midsommar, but she was nominated for the less enjoyable but more Oscar-friendly Little Women.

There has been some response, with many of the award bodies stressing that it is a wider industry problem – that they can’t really recognise female and BAME talent because, comparatively, it’s not really there. Obviously, there’s nowhere near parity, but suggesting that the talent isn’t there is entirely disingenuous. It could be argued that the makeup of these bodies is the issue, and it’s one that has seen some change – after the #OscarsSoWhite controversy, the Academy admitted more diverse voters in order to help its shortlists reflect its diverse talent. Obviously, based on this year’s backlash, it hasn’t quite panned out (and it seems an insulting gesture in itself, suggesting that only BAME people can appreciate BAME talent, for example).

Last year, the Academy was looking at introducing a Best Popular Picture Oscar but this year, they froze out the biggest film of all time

The issue is more likely to be visibility. Take a comparison between The Irishman and Queen & Slim, which some commentators suggested deserved recognition. The former was a huge prestige project, boasted a renowned director and hugely-established cast, and Netflix poured money into ensuring the Academy would recognise it – Queen & Slim, good though it was, simply didn’t have the reputational factors or the money to really compete. Although we all know that these awards should be given based on who deserves them, there is a lot of backstage politics going on, too.

In many ways, after the minimal progress made by film award bodies in the past couple of years, the 2020 award season is looking like a disappointing return to form. Although the lack of diverse names is an issue, more recognition will not in itself fix the problem – if the film industry really wants to tackle the question of diversity, it needs a radical overhaul of its structures both in front of and behind the camera. Snubbing Greta Gerwig or Awkwafina is merely a symptom of a deeper malaise in Hollywood, and a few years of awarding diverse talent is not going to make a difference.