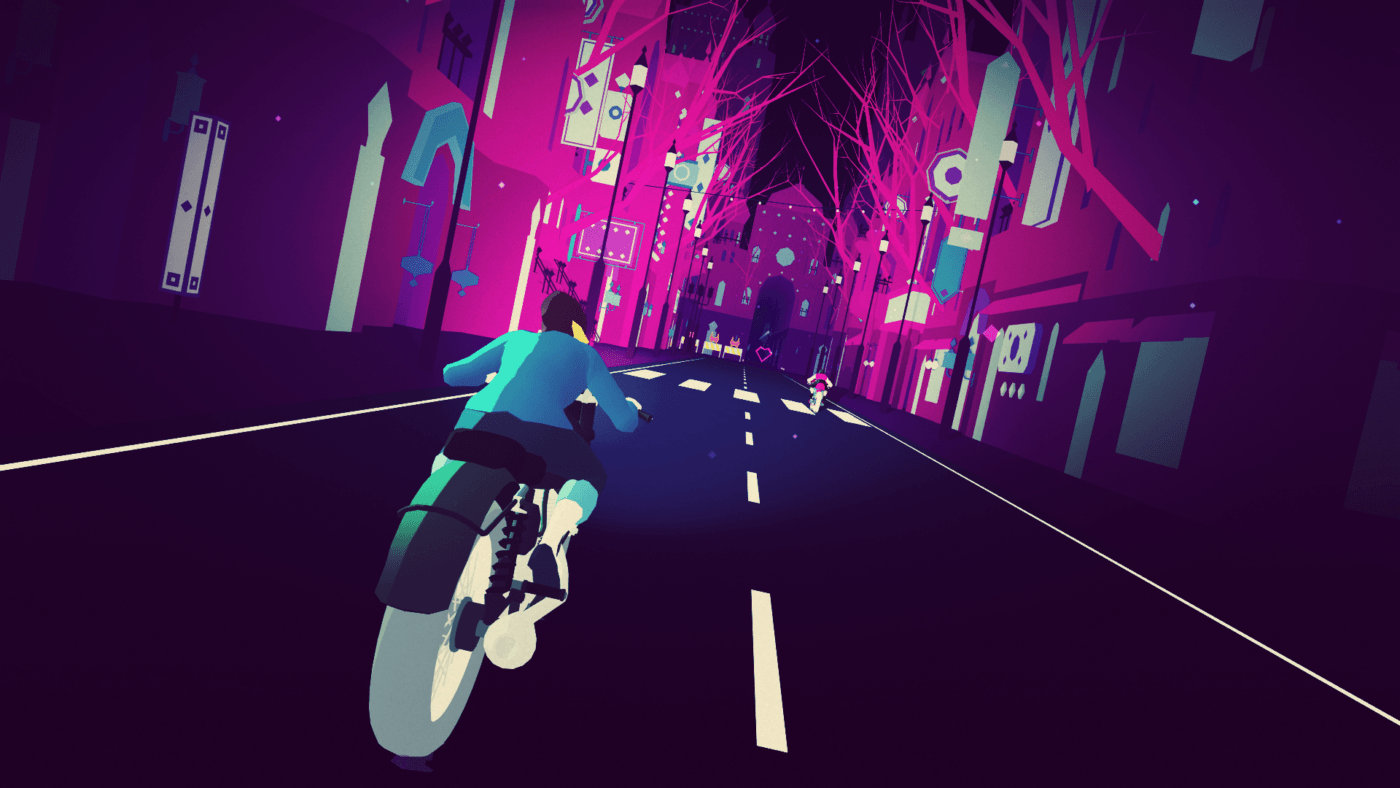 Sayonara Wild Hearts is one of those games that is hard to define. It has a very arcade-like sense of structure and level progression, with each level lasting around three minutes at most. It is not exactly a rhythm game, but the music is so well-timed with the action on screen that it often feels like one. One moment you are riding motorcycles through city landscapes, the next you are fencing against a motorcycle gang, and then you are inside a VR helmet. The developers themselves know this, as they describe the game as “a dreamy arcade game about riding motorcycles, skateboarding, dance battling, shooting lasers, wielding swords, and breaking hearts at 200 mph.” The developers are not shy about their wildly different influences, ranging from Charli XCX, WarioWare, and Tron, and so much more.

Levels are all very short, making it very easy to just pick up the game and play through a few levels at a time. The controls are so simple that anyone can play the game: you simply move left to right as the level advances. There are occasional quicktime events, which are controlled with only one button, but fear not, as these do not result in automatic failure and only serve to increase your score, and are so infrequent that they never feel like a distraction. While the levels all play the same fundamentally with the simple controls, it is the set-pieces and action on screen that helps differentiate everything. It is one of those games that does not take long at all to finish – the main story only takes about an hour, so you may be worried at first that you will not get your money’s worth.

However, Sayonara Wild Hearts is hugely replayable, given that the levels are so short. After the credits roll, you unlock a mode which lets you play through the whole game back to back, and if you can get a gold rank on each level, you get a similar mode, except you are not allowed to die once throughout the playthrough. I find myself going back to the game just to play a few levels whenever I have a spare moment, simply because it is so fun. There are also 24 Zodiac Riddles to solve, which are small challenges that require you to perform a specific task in given levels. These do not unlock anything, but do provide a nice challenge if you want to go after them. Getting gold ranks does not require pinpoint perfection for any stage, but that is not to say they are easy to get. Throughout my first run of the game, I never once got a gold rank, and it was only after multiple tries afterwards that I could get them on the earlier levels.

The aesthetic is gorgeous, with a very simple but colourful and neon-esque art-style where everything just pops. On top of this, performance is silky smooth, never dropping below 60fps in my playtime, and load times are very quick. However, the highlight is the soundtrack which, given that it carries the entire experience, is not shocking that it is so good. I find myself listening to it often in my spare time, both when I want to chill out or for something more energetic. It is as if the game itself is a playable supplement to a fantastic pop album, yet this does not compromise the rest of the experience.

Sayonara Wild Hearts is a great game that will not take you long amid uni life, but definitely has replay value if you want to get your money’s worth. It is something different, but utterly brilliant. 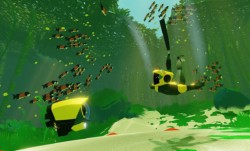 Gallery image with caption: Why does the music in ABZU make the game?

Gallery image with caption: Animal Crossing Direct: A New Horizon for the Franchise?