As the race for the Democratic presidential nomination continues, the question of sexism has entered the equation. Elizabeth Warren accused her rival Bernie Sanders of stating that a woman simply could not capture the presidency, an allegation he vehemently denies. Will this row harm his campaign? And, whether the story is true or not, is the sentiment right – is the USA ready for a female leader?

For the record, I don’t believe that Sanders actually made these comments. There’s footage of him way back in the 80s, advocating that a woman should be the US President, and he openly endorsed Warren in the 2016 election before he eventually decided to stand himself. Sanders supposedly made the comments in 2018, before he and Warren launched their presidential bids – that she never mentioned it until two weeks before the Iowa caucus, as her support has drifted away to Sanders, screams of cynical political opportunism. Their platforms are very similar, so the gender card is one of few that Warren can play to bring back those progressive voters.

Whether or not Sanders did make such a comment, the fact is that gender is a major narrative in presidential elections. The 2016 battle between Hillary Clinton and Donald Trump was framed as a battle of the sexes: a boorish man with little respect for women, facing up against the most-qualified candidate ever, a woman destined to be the first female president. But, as we’re well aware, that didn’t happen.

Did gender play a part in Clinton’s defeat? Clinton certainly threw out sexism whenever she was criticised, but did it really translate? Possibly, but it’s hard to imagine that it was a significant factor – Clinton was criticised for a long track record of alleged corruption, she appeared to hold no coherent platform other than ‘it’s my turn’ and, perhaps most importantly, she positioned herself as the continuity candidate in an election that was fundamentally about change. But, despite ignoring necessary electoral states in the belief that she couldn’t possibly lose, Clinton still won the popular vote by a big margin – it hardly seems the action of a misogynistic population, turning out en masse to vote for a woman.

Clinton still won the popular vote by a big margin – it hardly seems the action of a misogynistic population, turning out en masse to vote for a woman

And, as we look ahead to the future (and even at some of the provisional polling for this election), women feature strongly. The Republicans were terrified that the Democrats would bring Oprah Winfrey or Michelle Obama into the race – both charismatic women with massive public sympathy. Although we’ve lost Kamala Harris (a women whose campaign was based around being black and female, with principles that changed by the day), we see have Hawaii congresswoman Tulsi Gabbard in the running, and she commands significant bipartisan respect. On the Republican side, in 2024, one of the preferred candidates is former UN ambassador Nikki Haley.

What unites all of these women? They have strong, consistent principles, and they refuse to play politics in the way that Clinton and Warren have done. There are no real scandals connected with them – somehow, Warren defused a story about her having Native American ancestry by realising a DNA test proving that she lied – and they connect with voters, seeming like real people. There is broad support for one of these women to take on the presidential challenge, but the establishment prefers people like them (look at how CNN threw Bernie under the bus in the most recent debate in an effort to aid Warren). The issue, then, is not that the public don’t want a female candidate – rather, in the case of Clinton and Warren, they don’t want those women.

The issue, then, is not that the public don’t want a female candidate – rather, in the case of Clinton and Warren, they don’t want those women

Surprisingly, despite advances in women’s rights, the number of countries that have had a female leader is still a distinct minority. 87 countries have had a female head of government or state, and 29 at present – a far way off the global total of 195. As well as the USA, other major examples include Russia, Japan, Spain and Italy. It’s not too late for this election to end with a female presidency, but as a result of this story, it’s actually less likely – the public see the cynical nature of this move, and it’s far likelier to backfire on Warren.

Look at other global female leaders, like Margaret Thatcher or Angela Merkel – their pitch to take office was that they were the best person for the job, and the public agreed with them. I know that it’s a somewhat counterintuitive message but, if a female wants to become the leader of the free world, their pitch cannot be based on their gender, and they cannot use gender as a means of avoiding genuine scrutiny. There will always be sexism and I know that some Americans will never want to elect a woman as president, but this is a minority that will not sway the end result.

One day, undoubtedly, there will be a female president, but this will only truly be a victory if she is also the best person for the job. We’ve seen that there are lots of women who command public support, so why not try one of them? Perhaps 2024 will the year that we finally see a woman lead the free world.

Gallery image with caption: Barack Obama can only be described as a terrible politician 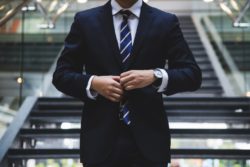 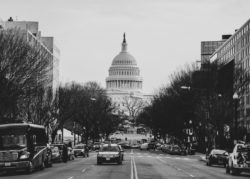 Gallery image with caption: Donald Trump’s impeachment is an own goal by the Democrats

Gallery image with caption: Election memes: a political blessing rather than a curse