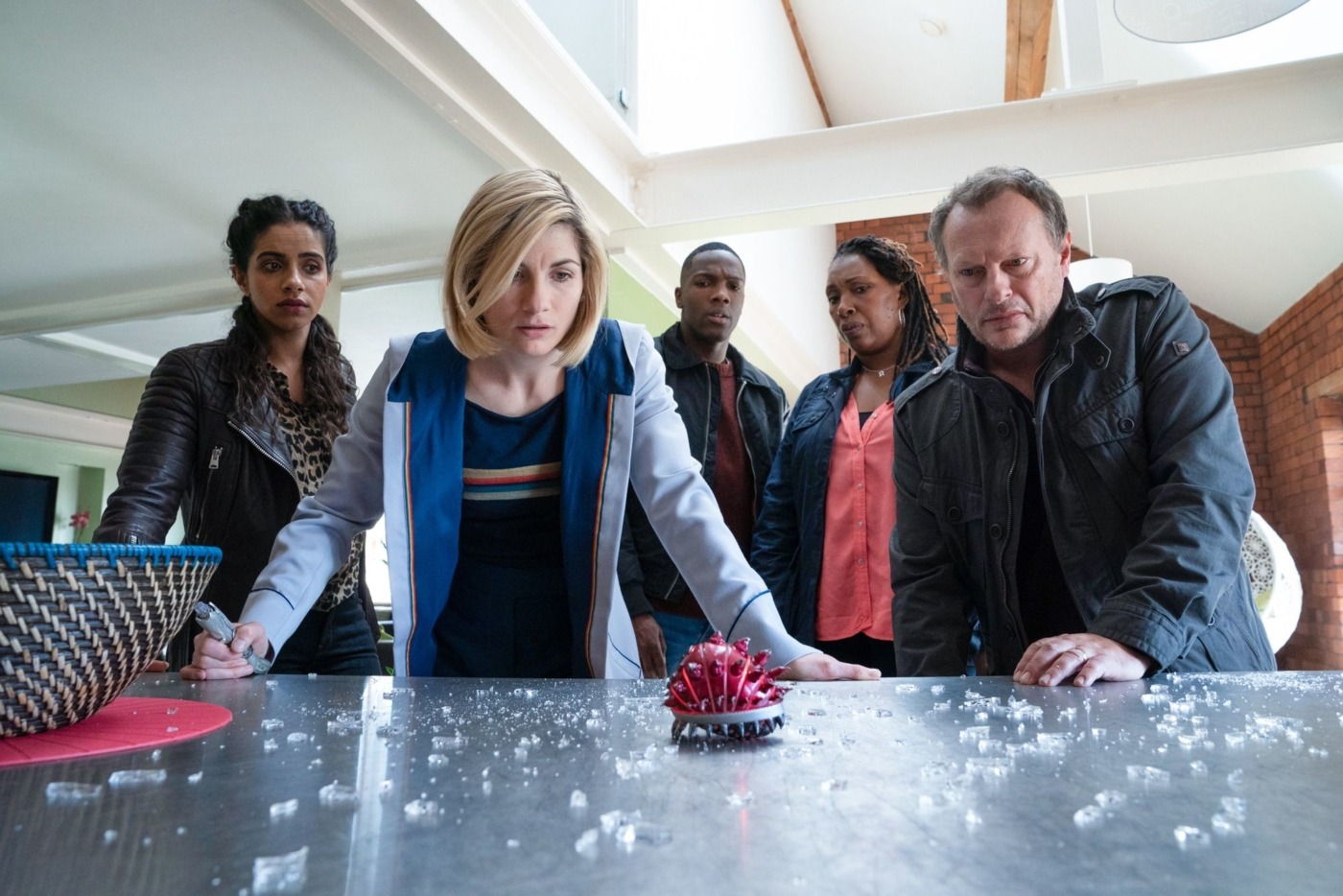 For the first time in a very long time, Doctor Who made me grin ear to ear. Not just once. A few times. ‘Fugitive of the Judoon’ is by no means perfect but jumps comfortably into the running for Jodie Whittaker’s best ever. This review is saturated with spoilers, so please tread carefully.

This story opens in a wonderfully British location, the city of Gloucester, and we follow Ruth as she unknowingly stumbles into a platoon of Judoon on their search for a missing fugitive. Monumental twists and turns follow that threaten to tear up Doctor Who lore altogether, as well as one long overdue character return.

My thoughts on the episode are complicated. It was much stronger than anything Chibnall’s era has produced but made me wish that the writers poured this much energy into every episode. Instead it feels like, well aware of the show’s deterioration, the crew are withholding their few great ideas for opening, mid and finale episodes just to keep people watching. Here’s a hint… people will watch your show if you just make the whole thing good.

Captain Jack is the best surprise in the episode. Absolutely shocking. Amazing! Oh, but he’s wasted. Of course. John Barrowmen seamlessly reprises the brilliant role and brings electric energy on screen, but the more you see him, the more your heart sinks. Jack appears in this episode for no apparent reason beyond dropping a plot arc teaser. He doesn’t even see the Doctor, but merely warns her to ‘beware the lone Cyberman’. One of the brightest moments is Jack’s reaction to hearing that the Doctor is a woman, but sure enough, we don’t see that reunion.

Even Jodie’s reaction to hearing Jack is back is also quite underwhelming. Now, his scenes are still great, but it’s a vastly wasted opportunity. I struggle to see how Chibnall thought this was an adequate way to bring Jack back. To me, it feels as if this was a not-so-cheap trick to keep viewers hooked for another season, which allegedly Jack will not return until. If you’re bringing back one of the most beloved Doctor Who characters ever, whose return has been campaigned for and requested for a decade, USE HIM. It is promising at least that Chibnall is acknowledging characters like Jack that tie the show’s seasons together. I hope his eventual return is not wasted.

Ruth and Lee are characterised better than most side characters in Chibnall’s Era. While Ruth becomes a more major character, this episode works because effort has gone into characterising every person we meet. Having said that, the old woman is quite cringey to watch and a bit of jumpy editing sees her slowly waddle past the camera and then appearing tens of metres away being killed by an energy shield. Alan was a stand-out character and his ‘you can do better’ cake was a great moment. Finally, I felt the show was richer, as it used to be.

If you’re bringing back one of the most beloved Doctor Who characters ever, whose return has been campaigned for and requested for a decade, USE HIM

The seemingly peaceful City gets turned upside down by the Judoon, which is a great pace to start the episode. It’s also nice to see the Master’s impact on the Doctor running through the series. But the companions’ conversation is a bit limp, again due to poor dialogue. I can’t help but find every character in this episode more appealing than  Ryan, Graham and Yaz. A testament to how poor Whittaker’s companions are is how they seem fundamentally incapable of bouncing off John Barrowman’s energy.

Then we see the plot reveal of Ruth as the Doctor. This complicates things even more. Whittaker is a great Doctor but one of my problems with her is that she’s too slow, where Tennant, Smith and Capaldi have always been fast paced, a million words per minute. Ruth’s Doctor is as slow as Whittaker at some points and it means that neither of them feel very Doctor-ish. Still, Whittaker at times feels more like the Doctor than ever when she’s back on the Judoon ship talking about her once again dead home planet, Gallifrey. Ruth’s TARDIS looks great but is pre-William Hartnell. This doesn’t make sense because Hartnell’s TARDIS was the first to look like a police box. So whatever is going on with this plot, be it parallel universes (I hope), or Chibnall upturning all of the canon upon which the show is based (I dread), they better do a good job of it.

If Chibnall was really reluctant to tie Jodie’s first series to the rest of the show’s history, it concerns me with the direction he’s seeming to take. Is his alternative to rip up the history of the show? ‘Fugitive of the Judoon’ is very promising, and while I find plenty of bumps and warts, it was refreshingly stronger than anything Chibnall’s era has produced. Going forward, I think the general consensus is: wow, that’s awesome… don’t balls it up.