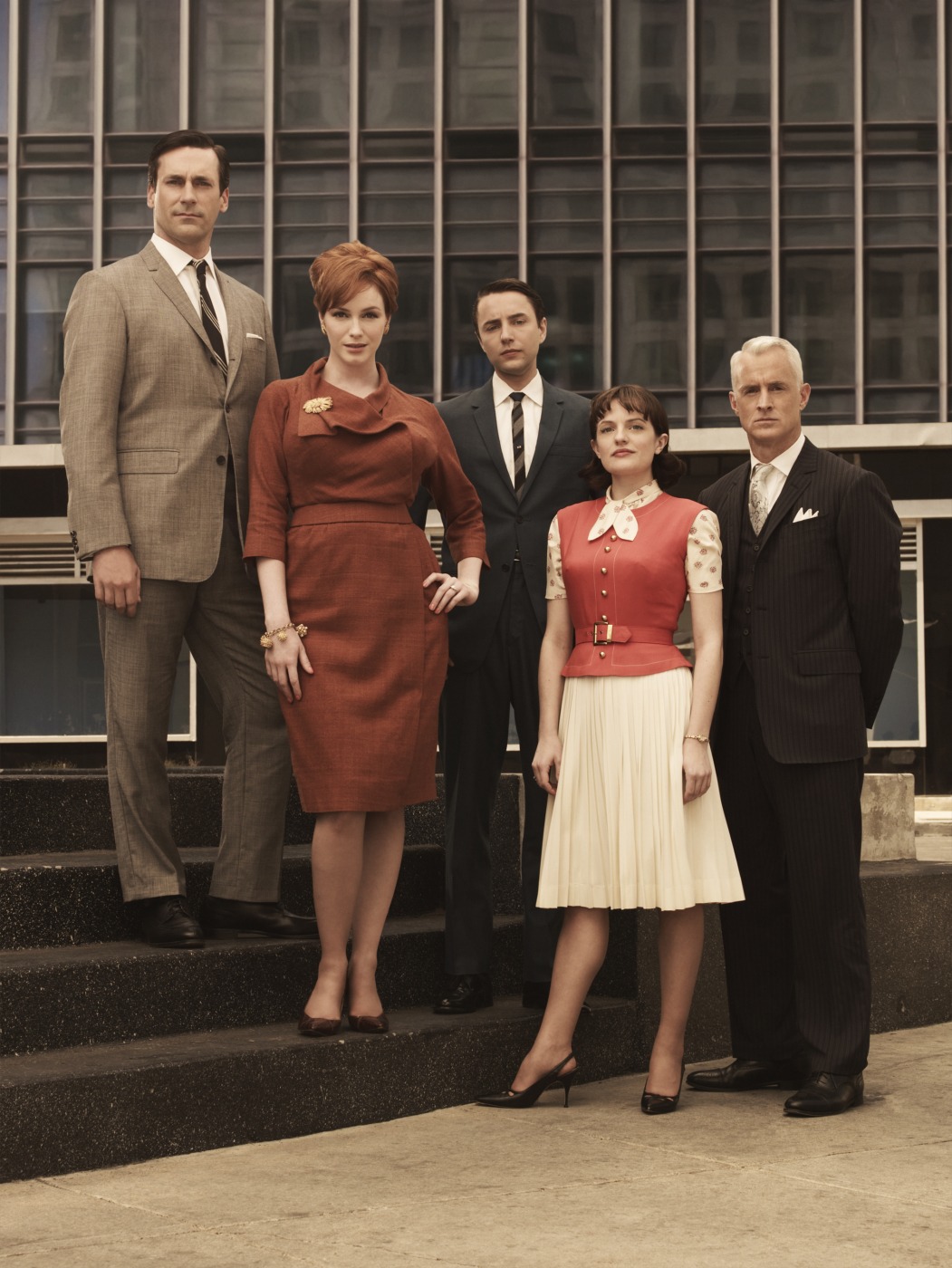 Mad Men: what makes this show so great?

Matthew Weiner’s masterpiece, that aired for seven seasons, proves to be one of the most accomplished period dramas of all time. Although overshadowed by fellow AMC classic in Breaking Bad, Mad Men, for me, expertly illustrates the complexity of human relationships as a whole, as well as relationships with family, work or identity. All of this portrayed through a grounded premise with the backdrop being a 1960’s society which was  undergoing notable cultural and political change. Having watched the series twice, I feel it’s only just to express the show’s greatness.

The themes which Mad Men explores are among the top contributions to its overall quality. Of course the theme of identity is the most prevalent one, as it is closely tied to the overarching plot which aims to answer the question: who is Don Draper? However, themes such as masculinity and femininity, the old vs. young generation, and acceptance, prove to enhance the nuance and richness of the show. With these themes, Weiner questions to what extent is one ruled by their identity or if one could ever escape their identity. It exposes the differing pressures men and women face daily due to their gender in the 60s and illustrates the difficulty the older generation faced in adapting to a seemingly youthful and volatile society. As well as demonstrating the power of acceptance be it in oneself or in one’s circumstance. All of which, comes together nicely in an enjoyable seven season package.

The structure of the show proves to be another part of its subtle brilliance. Weiner orchestrates the plot development of Donald Draper’s narrative in tandem with the seminal events that took place during the 60s. For instance, Don’s life hits crisis point during the sixth season which takes place in 1968, the same year in which the USA were in a crisis point politically and socially due to the Vietnam War, and the assassinations of Martin Luther King and Robert Kennedy. This parallelism not only solidifies the tense tone of the sixth season, it enables the viewer to feel that Don’s world is crumbling at the seams with no escape route, which very sweetly sets up the acceptance arc for Don’s character in the seventh season.

The character development in the show demonstrates why Mad Men is no ordinary period drama. Of course, the actors’ performances are exceptional. Most notable performances being that of John Slattery as Roger Sterling and Elisabeth Moss as Peggy Olsen. Slattery’s portrayal of Roger Sterling is simply effortless and Moss effectively portrays how the conflict between female expectations and career ambitions can take its toll on a woman. Nevertheless, the character development of Pete Campbell played by the incomparable Vincent Kartheiser illustrates the show’s writing at its best. When I first watched Mad Men I was astonished at how I was able to root for a character who originally came across as self-important, privileged and unproven. Such is the stellar writing of this show, as the seasons go on it becomes apparent that Pete Campbell reflects the person we all are: one who aspires for more, aims to fit in order to feel loved, burdened by their past, and ultimately tries to do what is right in the end despite being prone to errors.

When I first watched Mad Men I was astonished at how I was able to root for a character who originally came across as self-important, privileged and unproven

Mad Men is littered with stunning episodes. Without a doubt Weiner and the crew were hitting plenty of home runs during season five. Episodes such as ‘Signal 30’ is an excellent exploration of masculinity displayed through the character of Pete Campbell, the three story structure of ‘Far Away Places’ only augments an already enjoyable episode, and more great episodes like ‘Commissions and Fees’ and ‘The Other Woman’ make Mad Men worth watching and showcases how great a character Joan Harris is. ‘Smoke Gets in Your Eyes’ has to be one of the best pilots ever written as it captures the essence of Mad Men all in one episode and, of course, there’s nothing more that hasn’t already been said for the spectacular season four episode ‘The Suitcase’. Season six episodes such as ‘The Crash’ and ‘In Care Of’ which aim to convey the extent to which Don is crumbling and facing his inner demons are also exceptional. The closer, ‘Person to Person’, wraps the show up in a breathtaking bow.

Fundamentally, Mad Men is not an ordinary show. It is superbly executed and, due to the nuances and the craftsmanship of Weiner and the crew, it has true replayability. An article can never truly do a great show as this justice, however, if there’s one thing to take away from this one is that Mad Men is worth multiple watches.