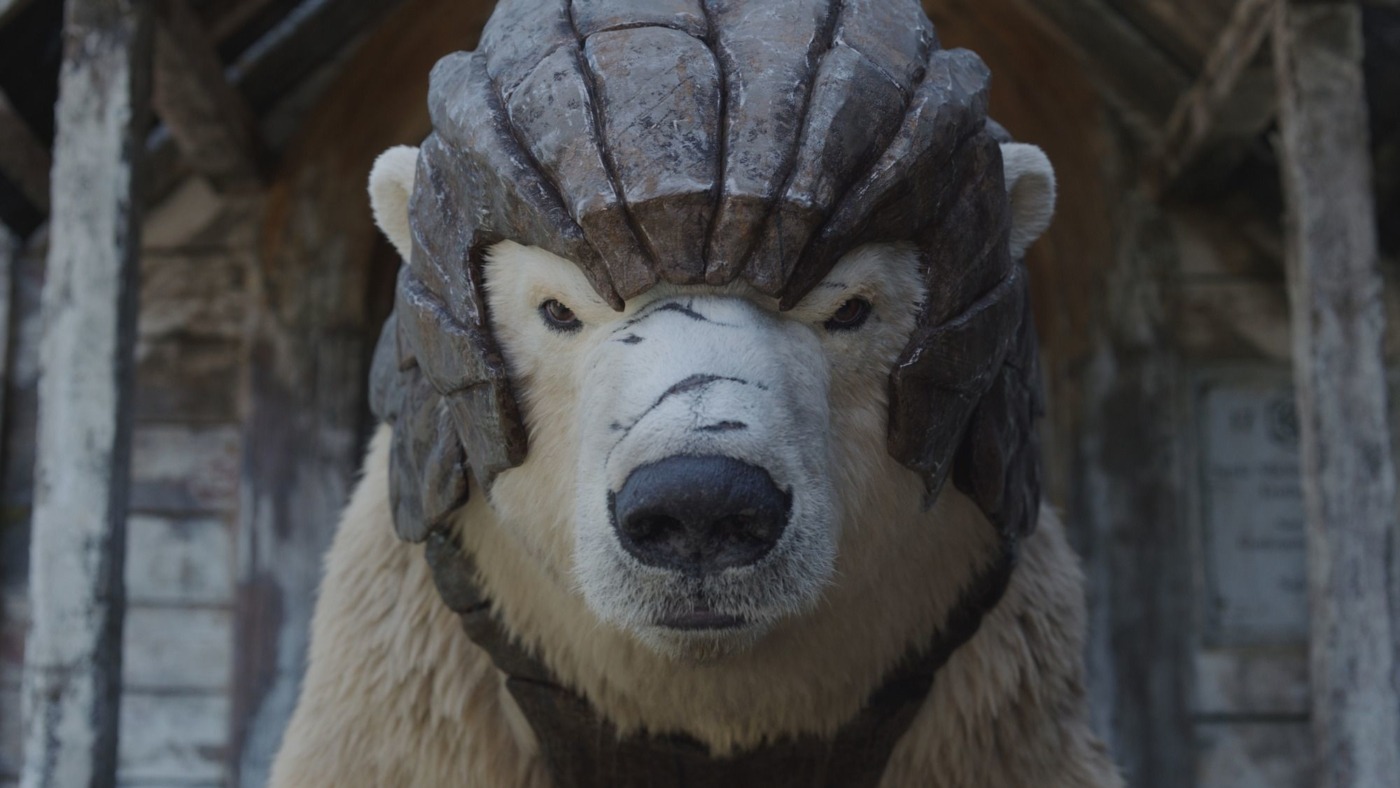 The Golden Compass failed in many respects to be a good adaptation of Philip Pullman’s work. But one part it did get right was the iconic scene of two armoured bears fighting to the death. It was an intense sequence in which the armour helped tell the story. You had the heroic Iorek in his strong yet far from majestic armour and the usurping King in his gleaming suit which ultimately proved to be far weaker and ensured his downfall. It was one of the few times the film managed to use visual storytelling as opposed to just explaining the world and its meanings to the audience.  I say all of this because the titular fight in ‘The Fight to the Death’ is one of the few times where His Dark Materials falls short of the film it otherwise is superior to on every count.

The fight here isn’t bad, in fact it works well in how it strips away any semblance of stylish violence in favour of a far grittier take, but the bears in question go without armour, which is never explained, and it doesn’t have the flare or, at times, build-up it requires to stick. It works but is ultimately just fine. It also doesn’t help that the fight is one of many scenes in a very packed episode which moves the plot along a number of paces so by the end, it’s an impressive sequence but not one which has the impact or is dwelt upon as a victory nearly as much as it should be.

Aside from the fight however, the seventh episode of His Dark Materials is probably the strongest of the series yet. It moves at a rollicking pace and moves both Lyra’s and Will’s stories forward in a satisfying manner. Will’s entire story has so far been entirely build-up, slowly introducing characters and threats, but here we finally have some inciting action as the peace of their lives is fully disrupted. Will has to start making choices which will decide his, and his mother’s fate. There’s a real sense of danger that has otherwise been absent, and for once the two storylines run quite nicely beside one another.

Lyra’s half of the episode is strong as well. The way she handles herself against the King of the Armoured Bears is impressive, and considering Pan has to hide for most of the episode, for once I can’t complain about how daemons are integrated into the episode. The focus of the episode is really her relationships with those closest to her and the episode reminds us of how much Roger, Iorek and her father all mean to her now that the Gyptians are out of the narrative. Lee does feature, and while having Lin Manuel Miranda around is always a treat, we didn’t need his scene to be a repeat of his last one where he slowly realises, he is part of something greater than himself.

The rest of the episode works well to set up what is set to be an explosive finale as the forces of the Magisterium gather. While this episode mostly belongs to Dafne Keen, Ruth Wilson never fails to impress as the episode opens with her at her most chilling and unhinged in the ruins of Bolvangar. The show never fails to take advantage of just how slightly off many of the adult characters are as she projects her anger onto a confused and traumatised staff member there. This is something which comes back in full force at the episode’s end when Lyra heads to find her father, and he seems, oddly distressed to see her yet pleased to see Roger. In his brief scene here, McAvoy takes what at first may seem like a good chance for a charming reunion and makes it one of the season’s most sinister moments. Fans of the books know what’s coming and look to be in for a satisfying conclusion to this version of Northern Lights. 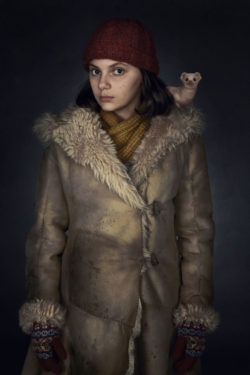