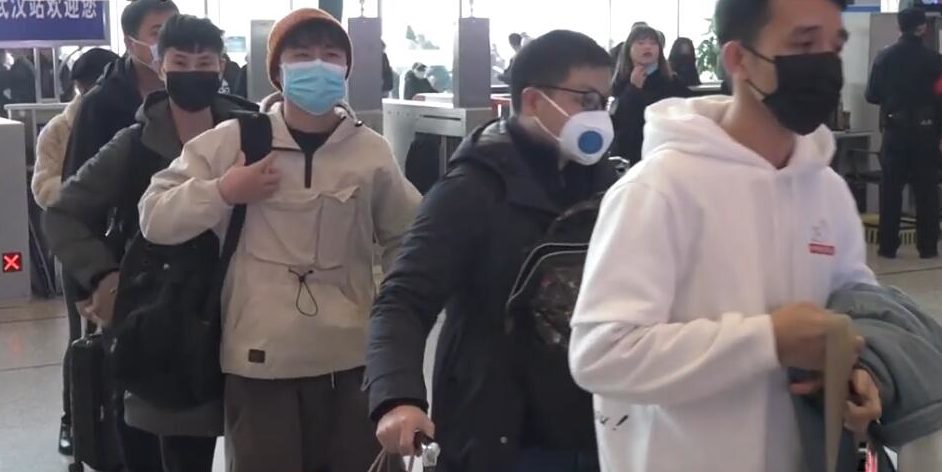 A Warwick student who claimed they will be returning to campus from Wuhan has sparked health concerns from their flatmates and coursemates.

After news of the student returning from Wuhan reached their flatmates in Lakeside and Warwick Manufacturing Group (WMG) coursemates, a group of Chinese Warwick students emailed the Chinese Embassy expressing “grave concern” regarding the “potential dangers”.

The email seen by The Boar detailed that the student, who arrived in Wuhan on 20 January, has since left the city.  On Weibo, they wrote that upon waking up to the news that the city was to be sealed off, they immediately bought rail tickets to cross the border to Guiyang.

They rebooked their flight tickets to return to the UK and said: “If it wasn’t for me acting fast, maybe I wouldn’t have been able to celebrate Chinese New Year with my parents.”

Their Weibo post was screenshotted by another student, who captioned it in an Instagram story: “This student actually wants to come back to university after leaving Wuhan. I can’t find the words to describe how I feel.”

The student has not returned to campus yet and has not revealed their planned date of arrival.

The University responded to concerns raised by the student’s flatmates in an email circulated to residents which stated: “It has come to our attention that some discussions have been had regarding students returning to campus from Wuhan.

When asked to comment on the students’ possible return, the University said that the government and Public Health England (PHE) have both stated online that from 22 January, “enhanced monitoring will be in place from all direct flights from Wuhan to the UK” .

“Therefore, the concern is not with anyone who has simply arrived in the UK from Wuhan and then travelled to the campus as the health authorities will have checked those individuals on entry to the UK and allowed them to proceed,” the University continued.

They also affirmed that the student in question has yet to return and referred any students concerned about the virus to its recently issued and “regularly updated” advice online.

The email sent to the Chinese Embassy wrote that the student “flew from London to Wuhan and originally planned to stay in the city as well as Zhuhai for one month, returning to the UK on 20 February. Half an hour before Wuhan went on lockdown, they took the high speed rail to Guiyang.

“This student said that they may return to the UK within a week, and planned to return to their accommodation at Warwick to stay. We do not know the rest of their travel plans.”

Writing of their concern, the students continued: “If they are infected with the virus, but the symptoms have not appeared yet, we dare not imagine the consequences that their departure from Wuhan will bring.

“We, as their friends and flatmates, are incredibly afraid. As Chinese citizens, we do not want to see how the mistakes of our country will harm the people of the world, and finally affect China’s image.”

One of the student’s flatmates contacted them, advising them to move out of Lakeside. The student responded: “If you can’t calm down and you’re this scared, you can move out. So that you don’t have to make everyone else feel so bad.”

Recently published guidelines from the National Union of Students (NUS) stated: “We are asking anyone in the UK who has returned from Wuhan in the last 14 days to self-isolate – stay indoors and avoid contact with other people – and to contact NHS 111.”

“The school is being ignorant and still advocates [the student] to live in our flat directly without the quarantine,” their flatmate told The Boar.

“Whether it be the fact this happens or not, the attitude itself is already a problem. Causing unnecessary fear to students and not helping at all.”

She hopes that the University would “raise the awareness of this issue, ask everyone to wear a mask and avoid getting in contact with students who came back from China at least in the first 14 days”.

She added that the University should “put pressure on the school about the 14 days quarantine period as they allow (the student) to come back to the flat directly”.

If they are infected with the virus, but the symptoms have not appeared yet, we dare not imagine the consequences that their departure from Wuhan will bring

News of the student’s potential return to campus has prompted the creation of Warwick Mask Group, who aims to lobby the University and Students’ Union (SU) to take further action against the Coronavirus outbreak and ensuring the health of the student body.

The group has allegedly been in talks with the SU to distribute free face masks to students. Currently, the UK has a “low risk” of contracting the Coronavirus outbreak.

The University was also contacted regarding the formation of the Warwick Mask Group but has declined to respond.

The group has been contacted for comment. The SU has also been approached, both on Warwick Mask Group, who allegedly brought a motion to the student council, and on the threat of Coronavirus. They have not yet responded.