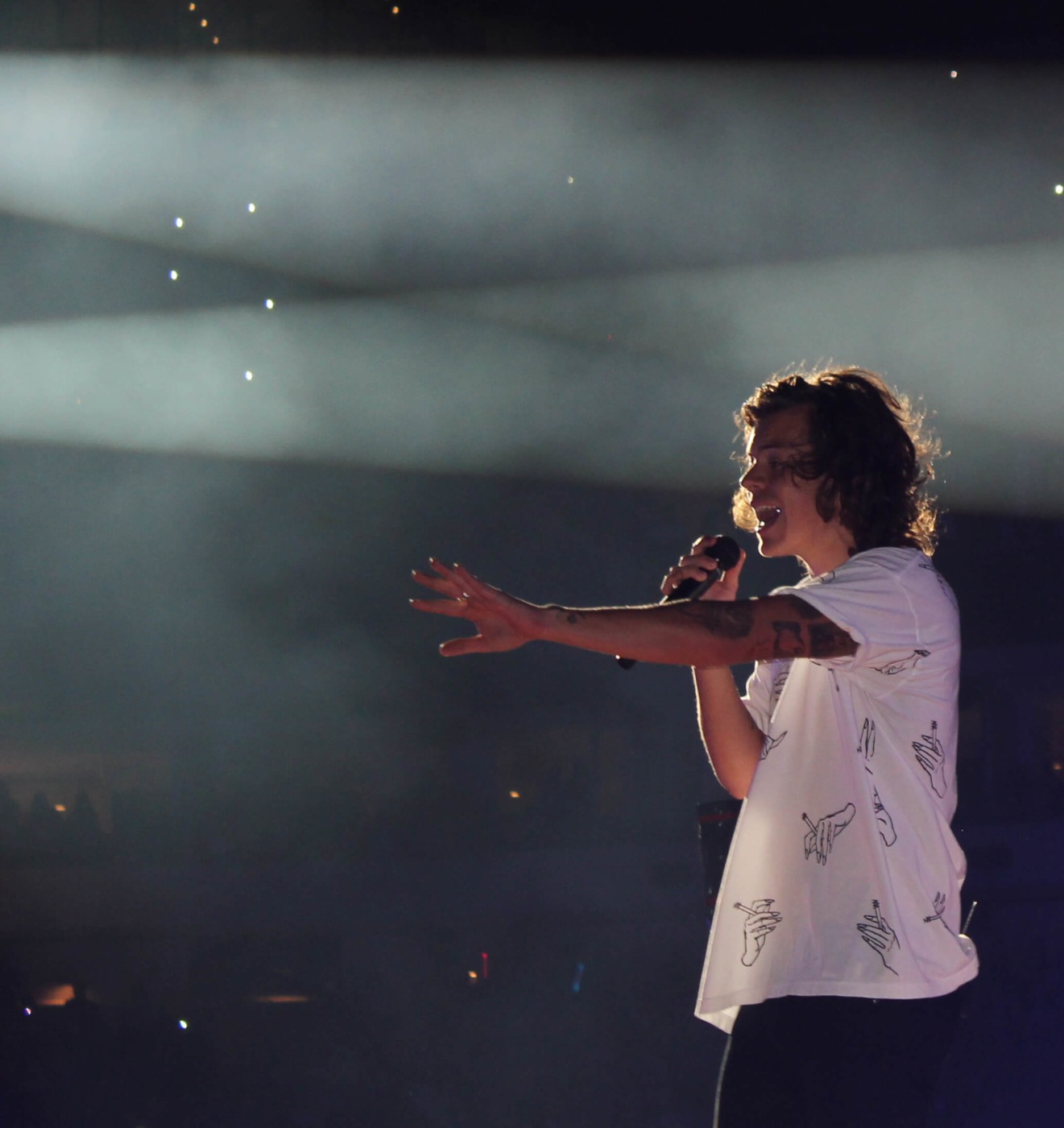 After consciously avoiding all things One Direction during my adolescence, I fell in love with Harry Styles at the ripe old age of 19 when he released his debut solo album. The dreamy record, which saw Styles break away from the bubble gum pop of 1D, quickly became the soundtrack of my summer and remains one of my all-time favourites. Fast-forward two and a half years and we’ve finally been blessed with a second serving of Styles: his shiny new album Fine Line, which is a whimsical bouquet of bops as irresistible as the singer himself.

When Styles teased in the summer that his second album would be “all about having sex and feeling sad”, I was expecting something angsty. However Fine Line is largely cheerier than his clues implied; the record is a funk-inspired patchwork of indie pop and soft rock that injects some much-needed sunshine into our rainy December.

The opening track ‘Golden’ is just as shimmery as its title promises. Despite the lyrics about hearts getting broken and the longing to not be alone (definitely a “feeling sad” one), the indie-pop tune sounds nothing but warm and honey-coated. Recorded in LA, the whole record is infused with Californian vibes, and this is never clearer than in ‘Golden’, with even Styles labelling it as a song meant for cruises down the Pacific Coast Highway.

the sound gives off so many Californian hippie vibes that if I close my eyes I feel like I’m at Coachella.

‘Golden’ is followed by the fruity ‘Watermelon Sugar’, which Styles released in November, giving fans a foretaste of the summery sound that his album would offer. With such flamboyantly fruity lyrics, it’s at risk of being more Boots advert than Brit Award (please tell me I’m not the only one thinking that Watermelon Sugar sounds like a great bath bomb?), but thankfully Harry has the swagger to make it more sexy than soapy.

After such an energetic start, the record languishes slightly in the middle with some slower tunes such as ‘Falling’ and ‘To Be So Lonely’. However, ‘Cherry’ is a gem. Allegedly written about his ex-girlfriend, French model Camille Rowe, the song has a folkish charm and longing lyrics – “Don’t you call him what you used to call me / I just miss your accent and your friends”. A recording of Rowe’s voice is even included at the end of the record, with mysterious French murmuring making it that little more beautiful.

Fine Line picks up again towards the end with ‘Sunflower, Vol.6’. Following a spate of sunflower-titled tunes, the way in which the name of the song seemingly pokes fun at itself is endearing. As well as the title, the song’s lyrics and melody are reminiscent of Vampire Weekend’s ‘Sunflower’, which is maybe why I liked it the first time I heard it. ‘Canyon Moon’, undoubtedly my favourite track, also features towards the end. The lyrics reminisce whimsically about a lost relationship and the sound gives off so many Californian hippie vibes that if I close my eyes I feel like I’m at Coachella.

A musical extravaganza featuring a gospel choir, the penultimate track ‘Treat People with Kindness’ is based on his personal mantra of just being nice to people (as if we needed another reason to love him). In an interview with the Rolling Stones he admitted to experimenting with hallucinogenic drugs whilst writing this record and with lyrics about “floating up” and “falling off the deep end”, it’s easy to presume that this track has some hallucinogenic influences. With such a wholesome theme, it could verge on sickly, but Styles manages to land on the right side of joyful and it’s really stunning hear.

Clearly I’m a big fan of Fine Line. It outshines his debut and although it still has quite a polished sound, it’s evident that Styles isn’t just after chart hits; he’s making music that he actually wants to make and carving his own whimsy niche whilst doing so. I can’t wait to hear his musical journey continue.