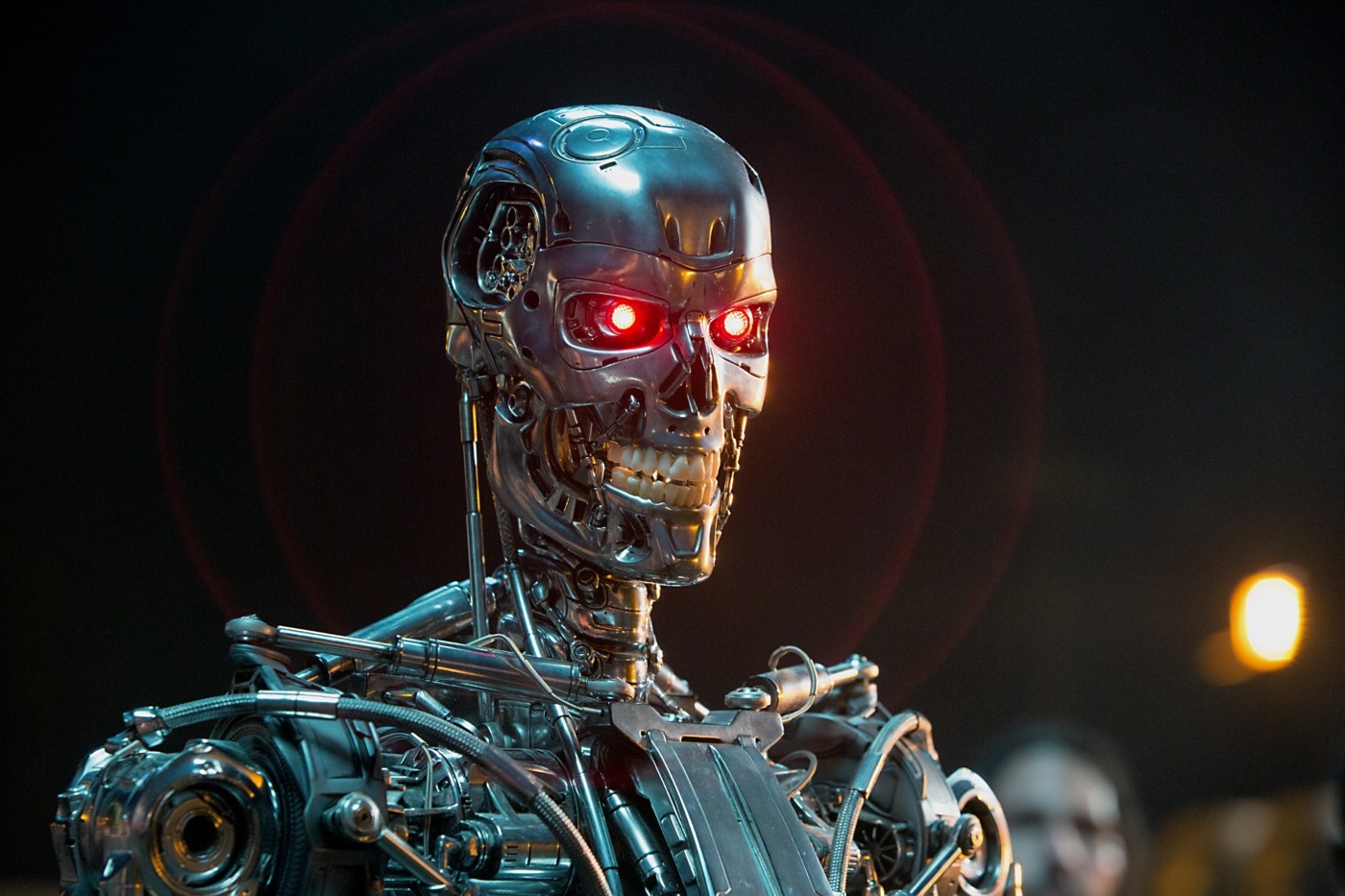 35 years after Arnold Schwarzenegger’s T-800 uttered the iconic “I’ll be back!”, the franchise clearly took this literally, as 2019 welcomes another entry into The Terminator franchise. With Linda Hamilton and James Cameron (as producer) back, Terminator: Dark Fate delivers the series’ best entry since 1991’s Terminator 2: Judgement Day, though that may be by virtue of being in the same series as Rise of the Machines, Salvation and the atrocious Genisys.

Terminator: Dark Fate is the sixth instalment, though the filmmakers would like you to believe it is in fact the third, as this is a direct sequel to Judgement Day, ignoring everything that happened in the previous three films (which audiences have conveniently already done). After a prologue that neatly evidences its position in the series, one I’m sure will annoy a lot of people, we pick up 25 years after the events of T2 in 2020, where Grace (Mackenzie Davis) is sent from the future to protect and ensure the survival of Dani (Natalia Reyes) after a new breed of Terminator, the Rev-9, is sent to kill her.

If this all sounds a bit familiar, that’s because it is. The Terminator franchise is one that has never really managed to escape the shadow of its first two films, and one of Dark Fate’s biggest issues is that it remains in this loop, trying to recreate the highs of the franchise, but never quite succeeding. With Gabriel Luna’s Rev-9 being a mere advancement of Robert Patrick’s T-1000 (but never quite as menacing) and its big action set pieces, its clear Dark Fate is trying to be both The Terminator in terms of plot and T2 in terms of action, where I feel a return to the tone and feel of The Terminator might be better for the franchise. The first film often feels more like a slasher flick than it does an action blockbuster, with Arnie’s T-800 being a relentless, stoic killing machine hunting its prey. Nothing in Dark Fate ever matches the original, with the thrilling Tech Noir sequence of The Terminator, where Michael Biehn’s Kyle Reese first proposes “Come with me if you want to live!” to Linda Hamilton’s Sarah Connor, remaining the finest scene in the entire series.

And speaking of Linda Hamilton, it’s now clear that she was the missing ingredient in the franchise. Ignoring the fact that she’s dead in Rise of the Machines (that film didn’t exist), Connor now spends her days hunting Terminators. Hamilton fits the role of Sarah Connor like a glove, and the moment she first appears on screen, with the classic Terminator theme motif scoring it, is a spectacular highlight, one the film gets just right. It’s her turn to say “I’ll be back”, and we can only wish that she had returned sooner.

Hamilton fits the role of Sarah Connor like a glove, and the moment she first appears on screen is a spectacular highlight

Dark Fate takes its time and place in stride, allowing some relevant social and political commentary. Taking place in Mexico, with a key set piece taking place at the U.S/Mexico border, there are obvious allegories to immigration in the current political climate. There are also clear meditations of automation and unemployment, suggesting machines sent from the future to kill us aren’t the only machines we should be worried about. The film never feels preachy about any of these themes however, incorporating them naturally into the series’ main ideas.

The majority of the film’s run-time concerns itself with the trio of Sarah Connor, Grace and Dani on the run from the Rev-9, and scenes consisting of the three’s relationship is preferable to the action sequences. They have real chemistry together, and each actor perfectly fits their role. Davis is excellent in what is essentially the Kyle Reese role, with her character not being simply another Terminator but instead an augmented human soldier, which is refreshing. The series has featured augmentation previously, but this is the first time it’s been handled successfully. Davis also handles herself very well in what are some hit and miss action set pieces. The concept behind most seem like great ideas (at least they were in the previous films), but Tim Miller’s direction can falter at times, and the visual effects are somehow worse than those found in 1991’s T2, feeling weightless and plastic-like. It’s a shame, as the Rev-9, with its ability to merge into objects and detach from its own exoskeleton, is a persistent force: the thing just refuses to die. Maybe a fitting metaphor for the franchise. I found myself at times wishing that James Cameron would stop with the excessive Avatar sequels, and come back to direct just one more Terminator. It wouldn’t surprise me if it was all a ploy for him to prove that only he can get these films right.

Terminator: Dark Fate offers some enjoyable moments, although some key plot developments may make you question the point of it all

While Dark Fate’s new protagonists are likeable, and Sarah Connor’s return is welcomed, it all feels a bit like a simple new paint job to cover up the rust. That is until it improves marginally once Arnold Schwarzenegger appears once again as the T-800, or as he is named here: Carl. Taking the T-800 in a new direction, it’s an interesting approach to the character, one that delivers a nice balance of humour to the film, allowing every line Arnie utters to be gold. It even manages to bring a level of emotion, not quite harking back to the tear-inducing thumbs up during the finale of T2, but just enough to distract you from the derivative and generic qualities the rest of the film contains.

Terminator: Dark Fate offers some enjoyable moments, although some key plot developments may make you question the point of it all. And while it sets up a sequel quite nicely in its final moments, I can’t help but think the series should be left alone. I’ll be back? Maybe an Hasta la Vista would be more appropriate…