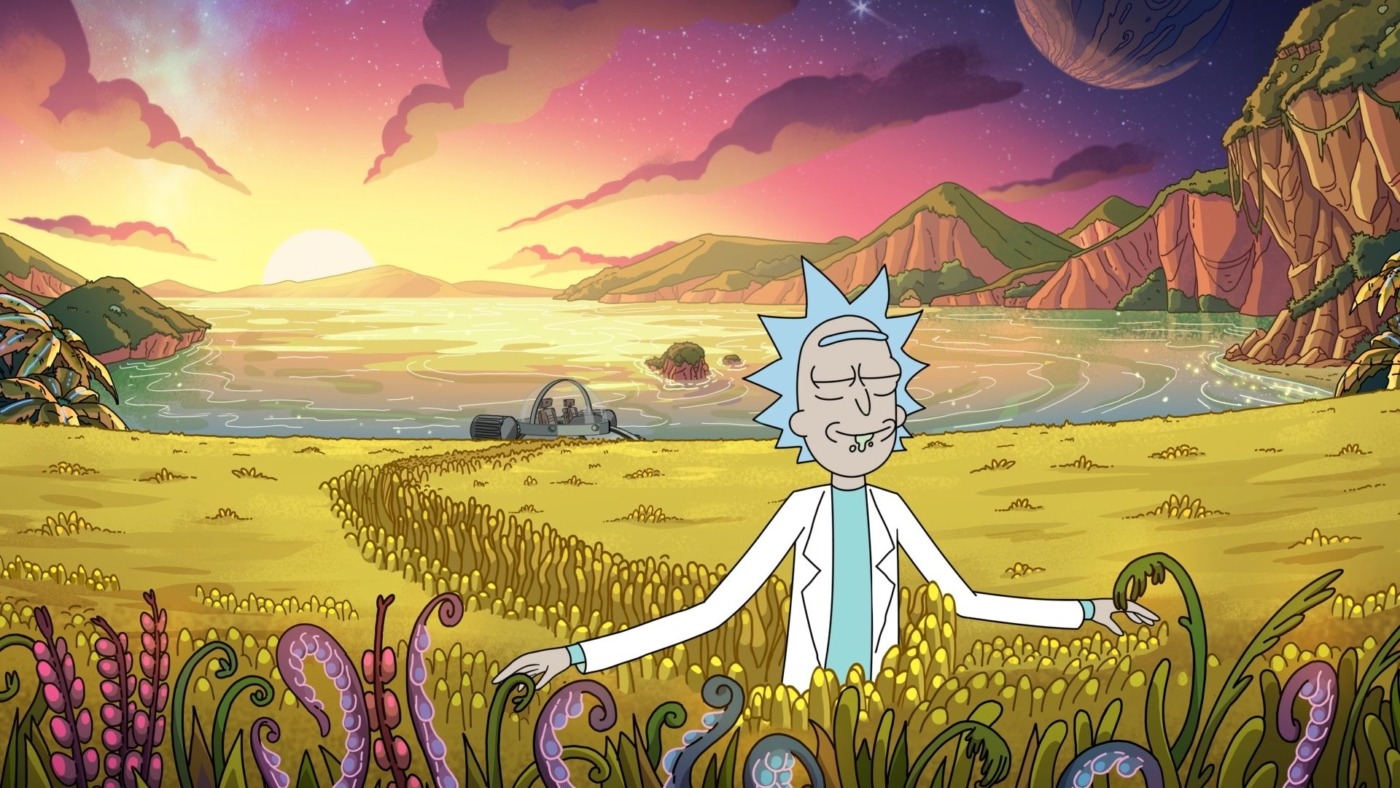 Rick and Morty: The Old Man and the Seat review

After the absolutely fantastic ‘Edge of Tomorty’, it was tough to wait a week to see where Rick and Morty would head next. The answer, it transpires, is centred on Rick needing to go to the toilet, but Rick and Morty ‘The Old Man and the Seat’ manages to weave another sci-fi epic out of that extremely rudimentary premise. It’s not the best episode of the show, but it still exhibits a flair for creativity and implies that we may be spending more time with Rick’s psyche this series.

Rick takes a break from his family meal to head off on his own private adventure (which, as Summer reveals, is code for him needing to have a poo). But when Rick arrives at his personal toilet on his own planet, he finds that someone else has been there before him, he goes to extreme lengths to find and kill them. Meanwhile, despite explicit warnings not to develop an app with Rick’s alien intern Glootie (Taika Waititi), Jerry is unable to resist – but when the app starts proving detrimental to the human race, Morty and Jerry head off on an adventure to save the world.

‘The Old Man and the Seat’s’ biggest weakest is the C-plot here – Summer is a victim of the new app, and Beth heads after her in an attempt to save her and prove herself a capable mother. The issue is that, despite some enjoyable lines (including a very dark and funny moment when a farmer reflects on his own parenting), the story just repeats the same joke to diminishing returns. It’s good to see the whole family getting involved in an episode, but it’s clear where the focus lies.

Not that I’m complaining with that, however. Jerry is still riding high with his new sense of confidence, and he manages something that we’ve never seen before – he actually fixes one of his mistakes. But the journey to the end of this storyline is fantastic, as Morty takes on the Rick leadership role – his approach to dealing with the incredibly mellow aliens to awkwardly threatening to punch them, something that works beautifully as a comic gag. Pitting him against the matter-of-fact Waititi (imagine Korg from Thor: Ragnarok, and it’s the same kind of character) and an evil emperor (Sam Neill) is a treat as the two exude such calmness, a perfect foil to Morty’s nervous energy.

His approach to dealing with the incredibly mellow aliens to awkwardly threatening to punch them, something that works beautifully as a comic gag

Rick’s character growth is continuing as he embarks on a quest to find the creature that used his toilet, something that takes him to a frog restaurant and a war between robots and lizard creatures. This quest eventually leads him to an alien called Tony, who is voiced by Jeffrey Wright with a perfect tinge of sadness, who has lost his wife to cancer and is clearly struggling. Rick’s reluctance to kill him, and the weird friendship (if that is the word) the two characters develop leads to some poignant comments on Rick’s psychological state. No other show could make a character drunkenly sitting on the toilet be so full of emotion and so indicative of depression, but Rick and Morty isn’t like any other show.

‘The Old Man and the Seat’ isn’t the best episode of Rick and Morty, and it feels like a little bit of a comedown after highs of ‘Edge of Tomorty’. However, it’s still enjoyable and has a bunch of absolutely killer lines (a bit about Tony’s proclivities in toilet heaven hard me laughing hard), and it comes with an ending that is genuinely emotionally affecting. It looks stunning and it has a great voice cast, and it’s still a great bit of TV – when you’re as good as Rick and Morty, even your weaker episodes are still essential.