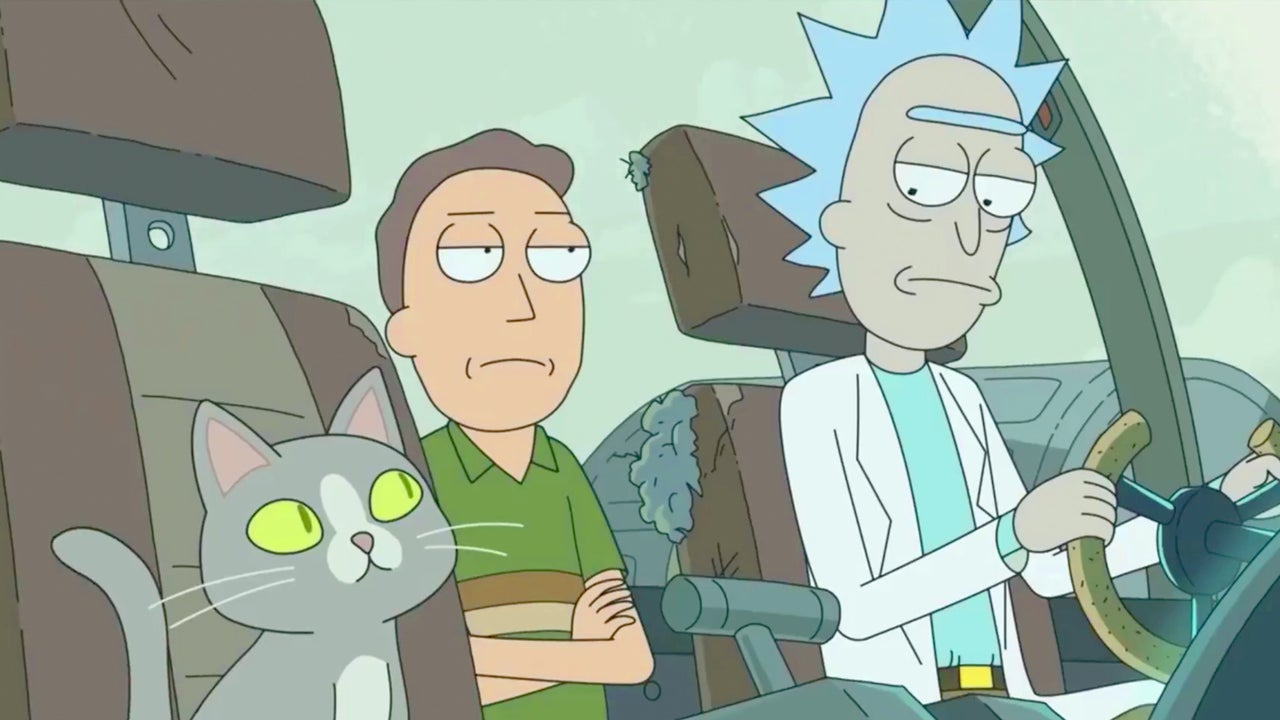 I’m not a fan of fantasy in general, so I was very intrigued to see what a Rick and Morty take on the genre would look like. The answer, it transpires, is a visually impressive if somewhat meandering one. ‘Special Ricktim’s Morty’ is an amusing episode, no doubt, but certainly a weak one by Rick and Morty standards.

After the success of their latest adventure, Rick is forced to live up to his promise and give Morty a dragon. Morty’s experiences with Balthrama (Liam Cunningham) are soon frustrated by Rick, who intends to kill the creature but eventually bonds with it himself. Breaking a contract in this way proves problematic for the wizard who facilitated Balthrama’s arrival, leading to a sentence of death – Rick, Morty and Summer enter a fantasy dimension to help save him. Meanwhile, Jerry finds a new companion of his own, a talking cat (Matthew Broderick), and the two decide to head off on a trip to Florida.

Your tolerance for the latter half of the episode will depend on how funny you find crude sexual humour. Rick, Morty and Summer find an underground colony of ‘slut dragons’, and it transpires that the entire dragon culture is essentially based around lots of sexual acts. There is something deeply hilarious and surreal about the dragon elder describing how he hides away and masturbates to the sounds of the other dragons, and it’s the kind of thing that could only work in an episode of Rick and Morty. That said, on a rewatch, the incredibly graphic sexual descriptions and excessive cussing didn’t work as well. For some people, it won’t work at all.

‘Special Ricktim’s Morty’ is a bit of a mixed bag

‘Special Ricktim’s Morty’ is a bit of a comedown from some of the other, more well-plotted episodes this series. I liked a lot of the gags, but the episode just seemed to peter out, discarding interesting plot threads as it did. When the three enter the fantasy world, we see that Rick is unable to use his science, rendering a magical Morty their best asset. Or, for thirty seconds or so, before we’re back to the status quo. Rick’s powerlessness has appeared to be the series’ major theme, so to see it completely dismissed here just felt confusing.

Part of the reason ‘Special Ricktim’s Morty’ works so well despite its lack of direction are the two perfectly-cast guest stars. Cunningham (best known for Game of Thrones) brings his gravelly, deadpan baritone to some highly ridiculous lines, and it just makes them work. If they were actually played for laughs, it would just be stupid – by understating his material, Cunningham makes the gags so much funnier. And, as the cat, Broderick brings his trademark easy charm, mixing it with an air of condescension and faux benevolence. It helps that he gets to bounce off Chris Parnell as Jerry, whose understated charm is one of the show’s best assets, and something it always benefits from using. The pay-off for his story is a strong one, and a strong example of how some things are better left unshown.

On the subject of showing things, it should be stressed that everything still looks beautiful. By bringing magic and dragons into the Rick and Morty universe, and letting them engage in some outstanding fantasy battles, show that the animators here are masters. Nothing ever defeats them, no matter how weird or madcap it may be, and it really shows up in an episode as visually inventive as this.

‘Special Ricktim’s Morty’ is a bit of a mixed bag – it packs some great lines and solid voice performances, but it is a little underwhelming for a show so focused and creative. I’d recommend it, but I don’t expect it’ll be one to revisit that often.

Previous episode: ‘One Crew Over the Crewcoo’s Morty‘

Gallery image with caption: Rick and Morty – Vindicators 3: The Return of Worldender

Gallery image with caption: Rick and Morty – Rest and Ricklaxation