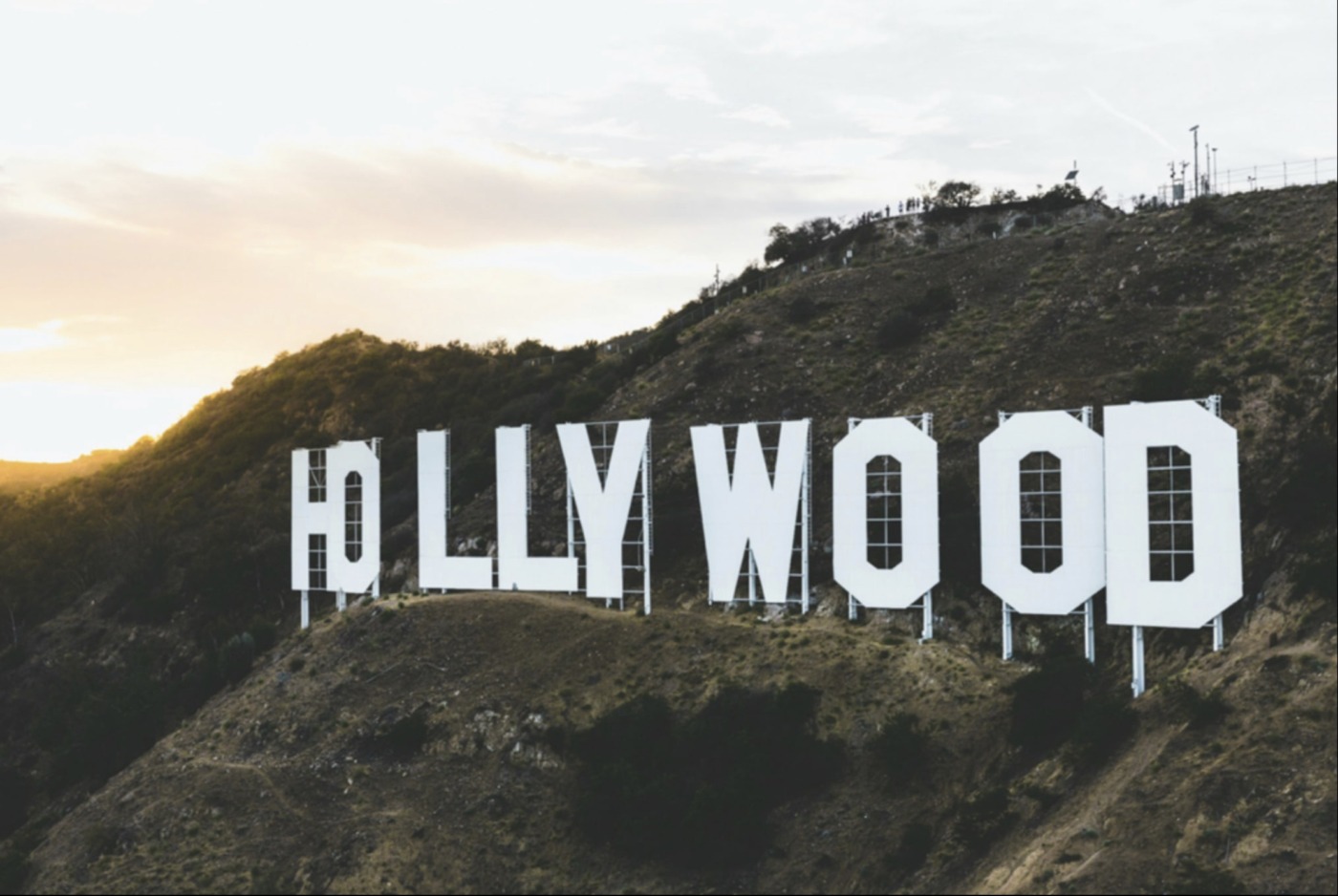 Oscar season is approaching: Separating the best from the bait

With the end of the year approaching, it can mean only one seasonal event is arriving in town. That is, of course, Oscar season. With every auteur (or those that claim to be) director entering the frame, and every actor demonstrating how much weight they can gain or lose (or trying to appear that little bit unattractive) Hollywood is alight with Oscar hopefuls. With last year’s season being rather lacklustre (Bohemian Rhapsody a Best Picture nominee? Green Book winning Best Picture?!?), perhaps this year may offer some higher quality competition…

The Peoples Choice Award at the Toronto International Film Festival (TIFF), for example, has awarded Best Film to nine Best Picture nominees in the past ten years

In predicting winners and nominees, it’s important to take note of recent trends in the industry, with essential focus directed at film festivals. The Peoples Choice Award at the Toronto International Film Festival (TIFF), for example, has awarded Best Film to nine Best Picture nominees in the past ten years, with four of those going on to win Best Picture at the Oscars, making them a good indication for Oscar Season. With this in mind, Taika Waititi’s Jojo Rabbit is a certain Best Picture nominee, having won the award last September. With its celebrated cast, including Scarlett Johansson, Sam Rockwell, and Waititi himself, and it’s strong and timely anti-nazi theme, Jojo Rabbit may have a lot of success with Oscar voters.

Jojo Rabbit is not the only film Johansson has a shot with this year, with Noah Baumbach’s Marriage Story also receiving exceptional buzz from festivals. Starring alongside her is Adam Driver, a Best Supporting Actor nominee at last year’s Oscars, who is the current frontrunner for Best Actor for many insiders. Laura Dern also co-stars, and she too is the frontrunner for Best Supporting Actress, and an Oscar for Dern has been long overdue.

Marriage Story is just one of countless films giving Netflix awards opportunities, alongside The King, starring Timothée Chalamet, and Dolemite Is My Name, a fine comeback for Eddie Murphy (a narrative that will become useful when campaigning for awards), but it is The Irishman that will be Netflix’s best chance at Oscar season glory. It’s directed by Martin Scorsese, returning to a genre that helped define him, and stars Robert De Niro, Al Pacino, and Joe Pesci (out of retirement) among countless others. It would be a real surprise if the film wasn’t nominated for Best Picture, Director, Actor and Supporting Actor, not to mention the many technical categories.

Telling the true story of Jimmy Hoffa and his relation to the mob, the film acts as a meditation for Scorsese on his career and place within the culture, and is one of the finest achievements of his career. Such an approach favoured Clint Eastwood back in 1992 when he won his first Best Director and Picture Oscar for his western masterpiece Unforgiven. A similar take could win Scorsese his second Best Director Oscar.

And speaking of Clint Eastwood, if you thought last years The Mule was his final farewell before retirement, you may have misjudged him. Having threatened retirement twice before (Unforgiven and Gran Torino), Eastwood is back with Richard Jewell, detailing the true story of the security guard suspected as a terrorist by the press. There is little buzz at the moment, but this was the case with American Sniper, which ended up being nominated for six Oscars, including Best Picture. With Paul Walter Hauser in the titular role following his scene-stealing turn in I,Tonya, the acting categories this year are shaping up to be crowded ones.

If DiCaprio can win for the less-than-impressive The Revenant, I see no reason why his performance here can’t get a nomination

Though released in the summer, Once Upon a Time… in Hollywood should have enough legs to get a few nominations for its writer/director Quentin Tarantino, not to mention its stars Leonardo DiCaprio and Brad Pitt, a man who is having one hell of a hot streak in 2019 with this and Ad Astra. If DiCaprio can win for the less-than-impressive The Revenant, I see no reason why his performance here can’t get a nomination. Other actors with a chance of nomination include Tom Hanks as Fred Rogers in A Beautiful Day in the Neighbourhood, Matt Damon and Christian Bale in Le Mans ’66, Adam Sandler in Uncut Gems and Robert Pattinson and Willem Dafoe in The Lighthouse.

But that is not to say that the men are having all the fun this Oscar season, as the Best Actress categories are just as stacked. Greta Gerwig’s follow up to her Best Picture and Director nominated Lady Bird, Little Women, could easily receive nominations for it’s entire cast, which includes Saoirse Ronan, Emma Watson, Meryl Steep and Laura Dern. Nominations for Gerwig, too, should be expected. Elsewhere is Bombshell, the true story of Roger Ailes’ toxic reign of Fox News and the women who took him on, staring Margot Robbie, Charlize Theron and Nicole Kidman. Acting nods are likely, and it’s relevant subject matter gives it an edge, but being directed by Jay Roach, whose credits include the Austin Powers films, cautious optimism is advised.

We must not forget Jennifer Lopez in the conversation, with her performance in Hustlers perhaps being the first Best Actress consideration of the year when it was released in September. Other hopefuls include Renée Zellweger for Judy, Annette Benning for The Report, Awkwafina for The Farewell and Cynthia Erivo for Harriet.

There are a few films the industry has yet to see, with Sam Mendes’ 1917 gaining a lot of hype. If the hype is to be believed and maintained, expect nominations in the big categories. With Roger Deakins behind the lens, a Best Cinematography nod is locked down. Academy favourite (for some reason) Tom Hooper also has a new film this year in the form of Cat’s. Now the trailer might be the worst thing ever committed to screen, and there is little to no buzz currently, but it’s clear from Hooper’s track record that the quality of his films has never dissuaded the Academy from nominating them – but that’s a think-piece for another time.

Elsewhere, Parasite and Pain & Glory are frontrunners for Best Foreign Language Film, with Antonio Banderas’ performance in the latter deserving a nomination for Best Actor, if not the win. In the Best Animated Film category, it will likely be a predictable battle between Disney and… Disney, with both Toy Story 4 and Frozen 2 being the big animated releases of the year – an unfortunate reminder of the monopolistic possession Disney has over the industry.

And if it’s predecessor is anything to go by, you won’t be able to escape the sound of Frozen 2, which has practically secured a Best Original Song nomination with it’s mere existence. In an ideal world, The O’Jay’s Shotgun Safari from Dragged Across Concrete would at least be considered for a nomination. Not only does it perfectly evoke the tone and mood of S. Craig Zahler’s genre piece, it is an excellent song in it’s own right. Wishful thinking it is though, as the Academy wouldn’t go anyway near a pulp thriller with a grindhouse aesthetic starring Mel Gibson and Vince Vaughn like Dragged Across Concrete.

There are a lot of great looking films on the horizon, and the Academy has a lot of options when it comes to nominating and awarding winners

It is unfortunate that, like most years, the frontrunners all appear safe bets, either being biopics or prestige dramas, with the more interesting films being sidelined. Films such as Ad Astra, A Hidden Life and Booksmart will likely miss out at the Oscars due to genre or style, when those are the films deserving of recognition. I only remind you that the Oscars have never been a surefire sign of quality films, and it is important to look elsewhere to find the ‘best’ film of the year. With that said, though, there are a lot of great looking films on the horizon, and the Academy has a lot of options when it comes to nominating and awarding winners. It’s shaping up to be a good Oscar season. Or you know, they’ll probably give it to Joker or something…