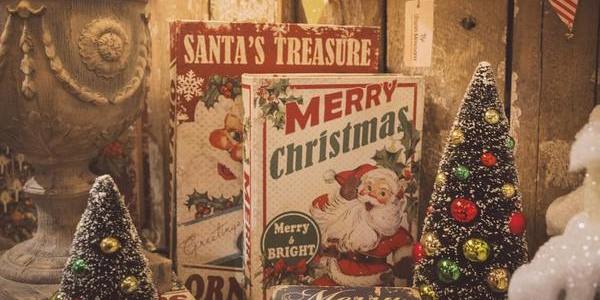 The festive season definitely brings out the best in people, and also the worst…but where would our Cindy-Lou be without our Grinch? There is no avoiding the cliché types of people on Christmas morning, from the dedicated gift giver to the last minute one whose present from last year is still on its way. Just how well our favourite literary characters would survive this Christmas and what role they would play is always open for debate…

Apart from the obvious Scrooge himself, Haymitch is certainly a contender for the grumpiest guest at Christmas dinner. Bursting with sarcasm and witty remarks, he would rather take another stab at winning The Hunger Games than be roped into the classic twelve-day long Monopoly game. Instead we would probably find him snoozing on the sofa after drinking his weight in Eggnog. There is very little chance we would be seeing him at the dinner table for long either, unless of course dessert is an open bar.

What better way to challenge our Grinch than with a Cindy-Lou, someone who is consumed with Christmas spirit. Obsessed with all things materialistic and a luxurious lifestyle, Rosamond would not shy away from ensuring her home is the most extensively decorated in the town of Middlemarch, no matter the cost of such a task. Nothing is more important than making the neighbours (and the servants!) believe that everything is perfect in the Vincy/Lydgate household, so I would bet on these Christmas decorations being put up at the very start of the festive season, or maybe even as early as September.

I am sure everyone is all too familiar with the panic of last minute gift shopping after spending weeks telling yourself the idea for the perfect present will just magically come to you. Poor Hamlet is no stranger to this indecisiveness and so there is no doubt that on Christmas Eve or the few days leading up to it, we would find him still desperately trawling Amazon prime in hope that he will find something worthy. Eventually I am sure he would settle for a book or perhaps a heartfelt letter that he will most likely deny writing a few days later, but regardless of the gift, it will definitely not arrive in time for Christmas.

The Oddball Family Member: The Raven

There is always that one family member who flies in especially for the festive season, someone who our parents insist on having over. Somehow they are in all the family photographs yet no one is really quite sure quite how they are related – a second cousin, twice removed perhaps? Trying to work out exactly where they come from would be enough to drive anyone mad, just like the narrator in The Raven with his unwanted house guest. In January you find yourself asking if this oddball will be returning home any time soon and their reply of “Nevermore” is not very satisfying.

Slaving away behind the computer or fighting their way through shopping centres, this giver will not rest until they have uncovered the perfect gift. Frankenstein undoubtedly has no trouble cutting off contact with everyone he knows until his creation is finished and would be determined to go beyond human capabilities to ensure his present is the very best. I can envision him being the person who is insistent that their gift is not anything to get excited about or that minimal effort was involved, but then it turns out to be something major like the gift of life to an inanimate being. No big deal.

Of course then paired with this character is the Ungrateful Gift Receiver which we must award to Frankenstein’s monster. Although we ought to cut him a bit of slack here, since in no way did he “request thee, Maker, from my clay To mould me man.” In fact, in his eyes the gift of life is on the same level as the same pair of socks or underwear your Grandma gives you every year; it is not something you particularly want or asked for, but you might as well use it anyway. 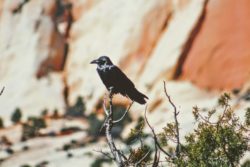