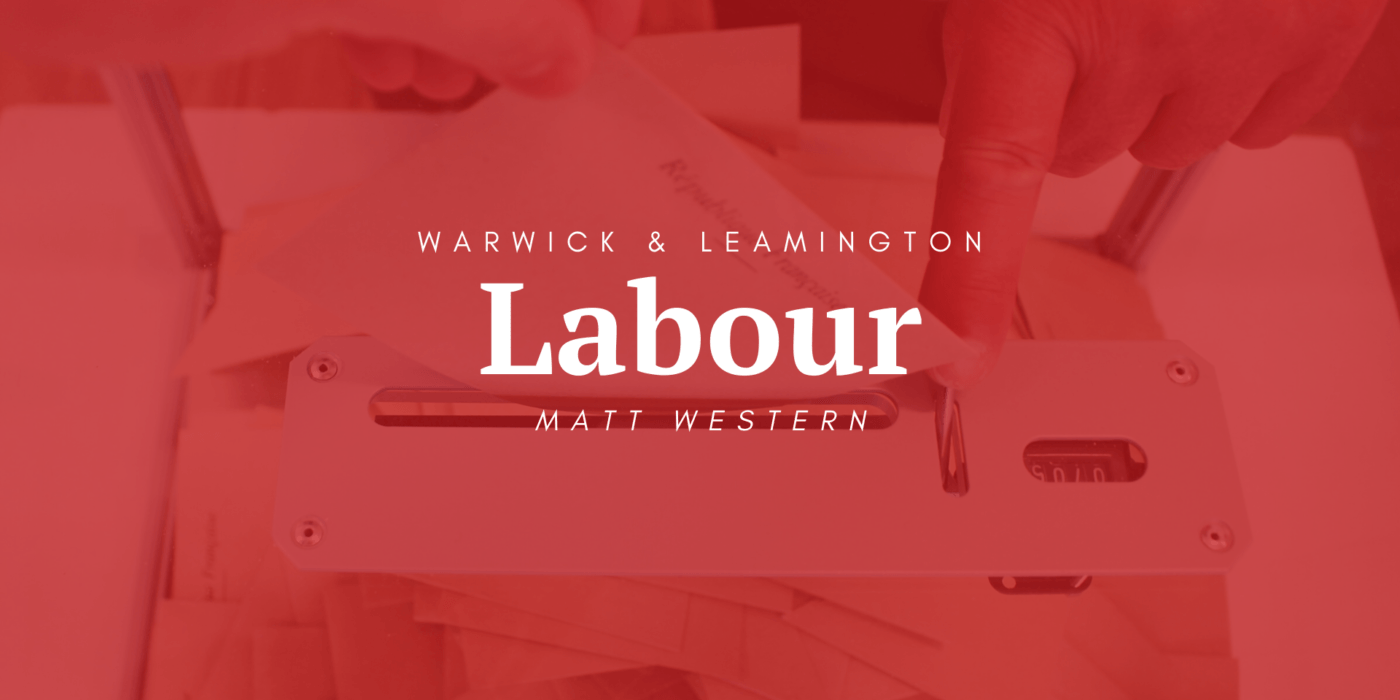 Matt Western (Labour) has been re-elected as Member of Parliament for Warwick and Leamington in this year’s General Election.

Mr Western has represented the seat since 2017 after narrowly defeating Conservative incumbent Chris White. The victory was connected to Mr Western’s pro-European views and a mobilisation of the local student base.

In the 2016 Brexit referendum, Warwick and Leamington voted by 58.36% to remain in the European Union.

The Lib Dems came in third place with 4,995 votes, a 4% increase on its 2017 third place of 2,810 votes. It is expected that its anti-Brexit stance helped gain student voters.

In an interview with The Boar in October, Mr Western expressed his dislike for Boris Johnson’s proposed Brexit deal, stating his preference that “we try and stay in a customs union and some form of single market”.

He also stated that does not “believe there should be an election”, fearing that Brexit would detract from other issues.

Western had previously served as Warwickshire County Councillor for four years, and has worked to regenerate the town in his role as MP.