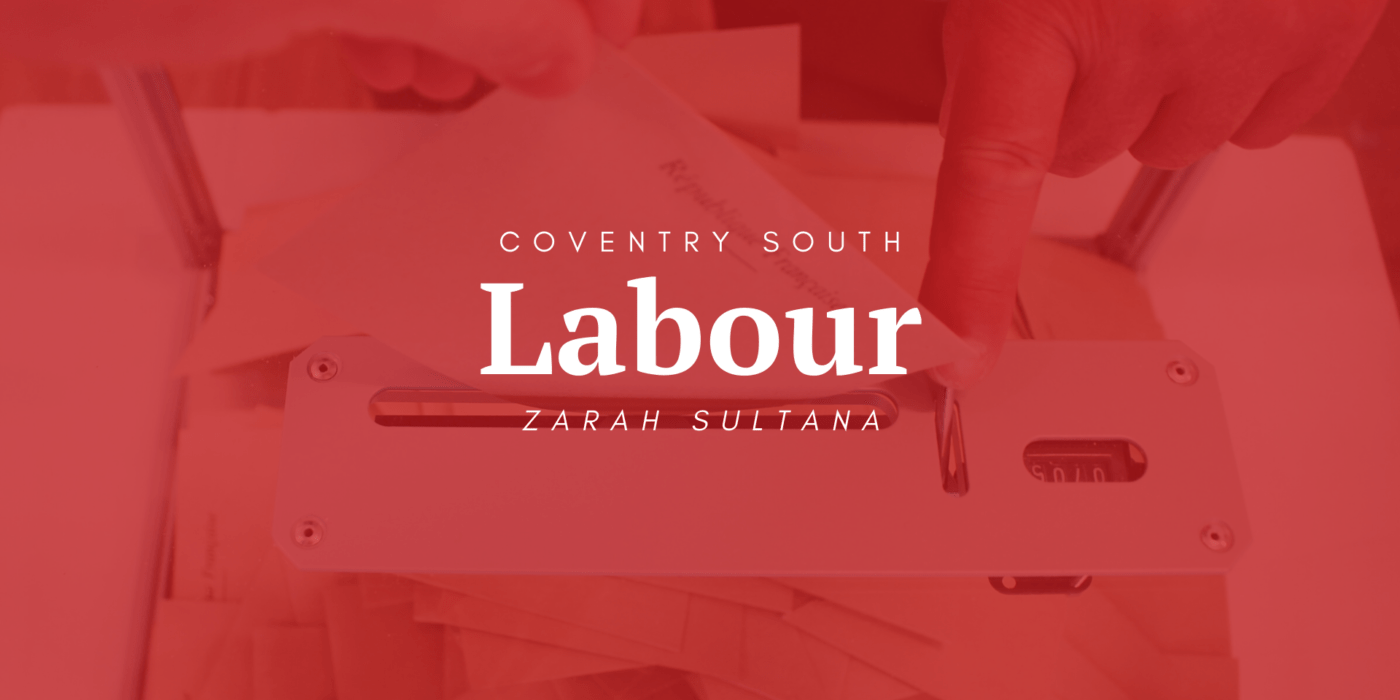 Zarah Sultana has been elected Member of Parliament for Coventry South, replacing retiring MP Jim Cunningham and continuing Labour dominance of the seat.

Sultana is a Unite workplace representative and had previously run as a Labour candidate in the 2019 European elections.

When she was chosen as the candidate to replace Cunningham, she wrote on social media: “With your support, I will be a strong socialist voice for working people in this city.”

Her campaign was hit with controversy when she was forced to apologise for saying she would “celebrate” the deaths of world leaders, including Tony Blair, in past tweets.

The constituency has been represented by Cunningham since its recreation in 1997, and has always returned a Labour vote share of above 40%.

In September of this year, Cunningham announced that he would be standing down as an MP, stating that it was time to “hand the baton over to someone new”.