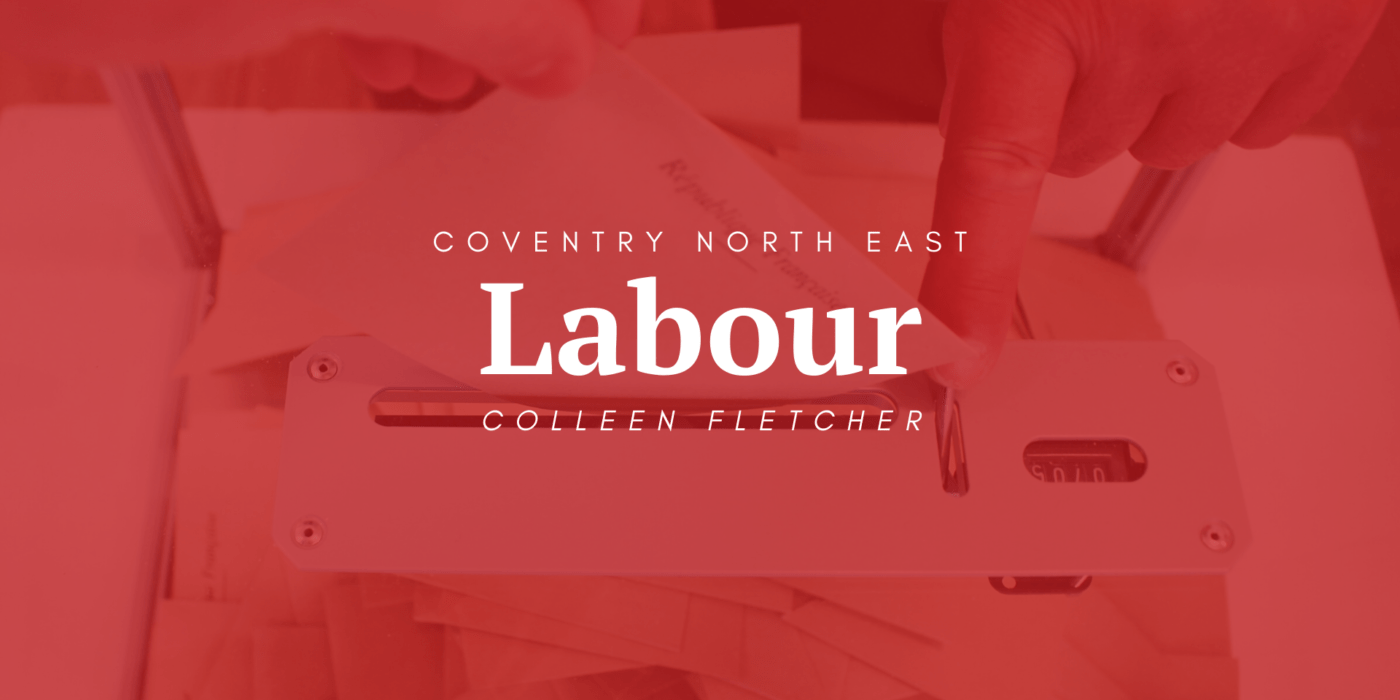 Colleen Fletcher of the Labour Party has been re-elected as Member of Parliament for Coventry North East.

The seat has been a Labour Party stronghold since its creation in 1974, and has never returned a Labour vote share of less than 47%.

Fletcher formally served as the Coventry City councillor for Wyken ward, and was first elected as MP in the 2015 general election.

Despite Brexit volatility, it was widely expected that Fletcher would be returned as MP.