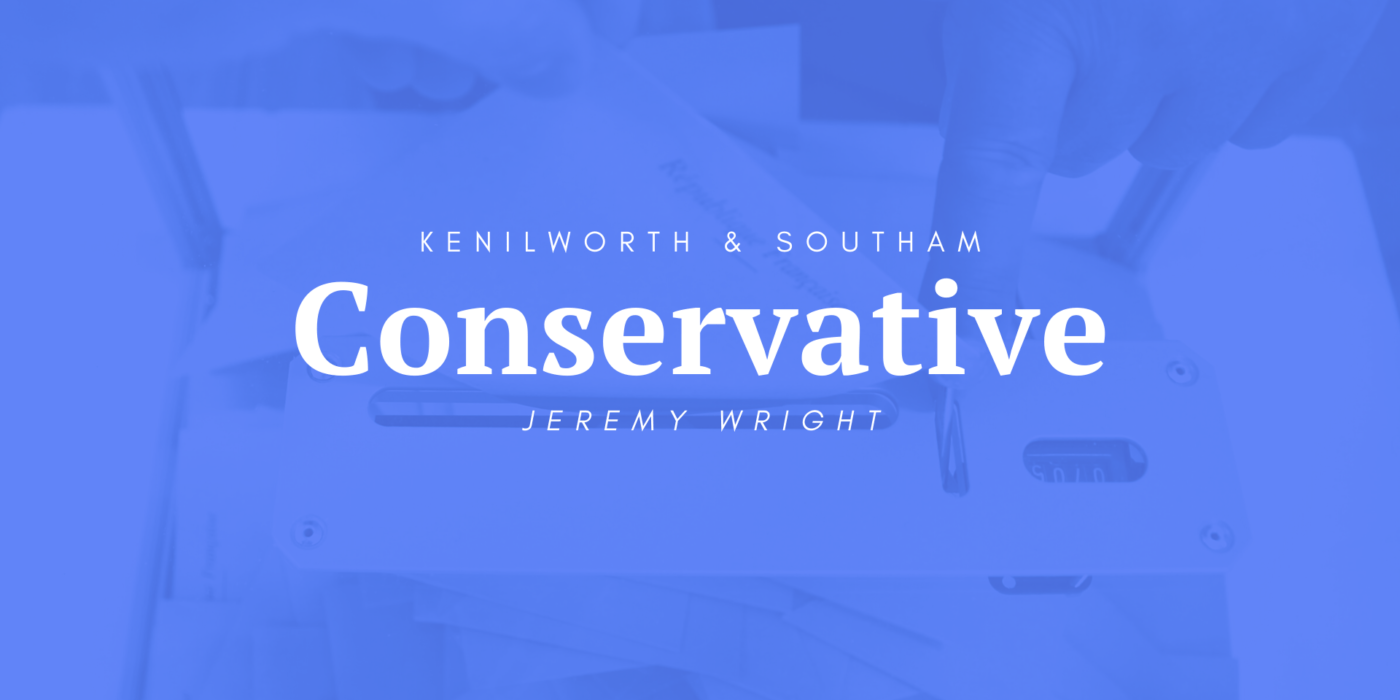 Conservative candidate Jeremy Wright has been re-elected Member of Parliament for Kenilworth and Southam for this year’s General Election.

He was followed by Richard Dickson of the Liberal Democrats, support for which increased by 9.4% from 2017, gaining 9,440 votes.

The other three candidates running for the seat were Alison Firth (Green), Nicholas Green (Monster Raving Loony Party, MRLP) and Antony Tucker (Labour), the latter of whom was 558 votes behind Mr Dickson.

Due to Nigel Farage’s decision to withdraw Brexit Party candidates from Conservative-held seats, there was no candidate representing the party in this constituency.

In the 2014 cabinet shuffle, he was appointed Attorney General by then-Prime Minister David Cameron – a role to which he was re-appointed in 2016 by Theresa May.

May also appointed Mr Wright Secretary of State for Digital, Culture, Media and Sport, a role he retained until the beginning of the Boris Johnson premiership in July 2019.

Kenilworth and Southam saw a turnout of 77%, mirroring the record turnout in 2017.