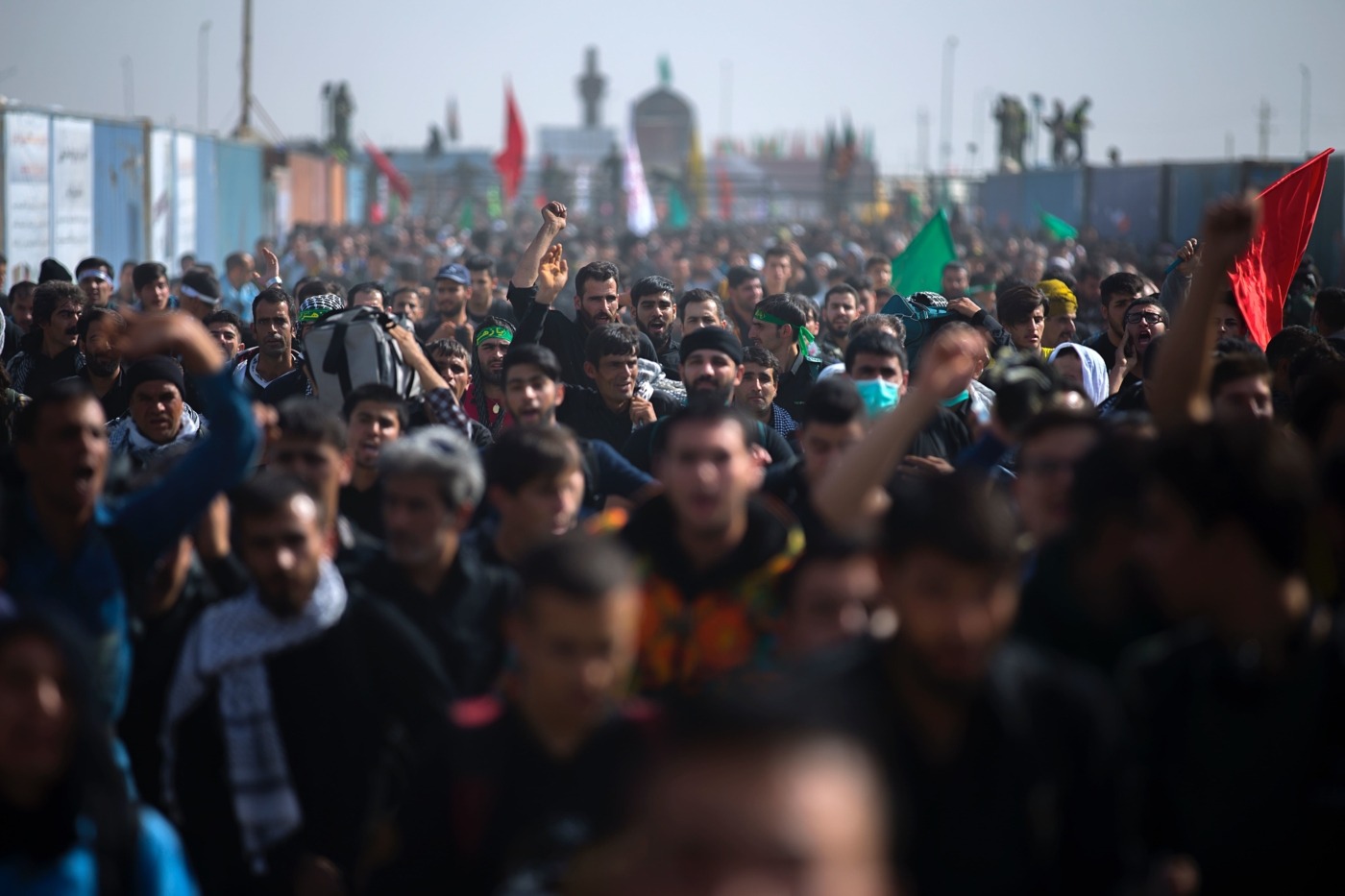 Do Iran’s protests illustrate the unsustainability of its government’s political agenda?

The last few months have been nothing if not turbulent for the Middle East. Tensions between the Iranian led Shi’ite axis and the Sunni states of the Persian Gulf, while not at the fever pitch they reached earlier on in the year, remain high, and continue to be prescient in the minds of appropriately inclined policymakers. More disruptive have been the fierce protest movements that have ripped through Lebanon, Iraq and Iran, instigated by the toxic combination of economic stagnation and nationalistic identity politics. To suggest that protests within Iran were instigated by the actions of the Iranian government would be axiomatic; less so, however, would be the attribution of unrest in the former two states to this same cause. Why so? Tehran’s heavy handed, resource-draining foreign policy adventurism abroad – toward which the Iraqi and Lebanese protests are largely directed – is intrinsically linked to the parlous economic situation it faces domestically. It is in examining this link that the stark dichotomy between these different aspects of Iranian policy is laid bare; a dichotomy whose unsustainability may soon be rendered apparent.

First of all, what caused the protests in Iran? Facing a grim fiscal outlook, the government opted to increase the price of petrol by 50%, from 10,000 rials (approximately 18 British pence at the time of writing) to 15,000 (27p). For those buying more than 60 litres, the price increases to 40,000 rials. By western standards, such figures might as well be pocket change – but, in a country where incomes are so comparatively low, even a small price rise can have devastating implications. Iran’s economic situation was already bad enough; following the Trump administration’s decision to scrap the JCPOA (Joint Comprehensive Plan of Action, known by most as the Iran Nuclear Deal) the sanctions that the agreement had previously staved off resumed. The implications of this have been severe. Since the JCPOA’s effective end in May 2018, the country has been mired in a currency crisis, with the value of the rial dropping by more than 60%. Nevertheless, the petrol hike has the scope to be exceptionally damaging, as the commodity’s artificially low price – induced by extensive subsidisation – has hitherto been key in maintaining the living standards of low-to-middle income Iranians. For instance, many poorer households supplement their meagre incomes by doing informal taxi work; in the absence of extensive subsidies, such schemes will no longer be feasible.

Naturally, the reaction of the general public was anything but sanguine; within days, a wave of protest had erupted in cities and towns across the country, with officials estimating that, all in all, 200,000 took part. The response of the state was startling in its sheer brutality and ruthlessness; internet access was cut off for a brief period to ensure that news of the unrest didn’t spread and inspire others to follow suit, and according to reports by Amnesty International, as many as 200 protestors were killed by the government. Although these measures seem to have successfully quelled the unrest (at least in the short term), it is difficult to imagine this approach being sustainable in the long run, particularly if the sanctions crushing Iran’s economy remain in place.

In order to understand why the Islamic Republic is faced with this bleak domestic outlook, it is crucial to take into account the reaction to its foreign policy in recent years. The US negotiated and ratified the JCPOA in 2015, along with its five other signatories – the UK, France, Germany, China and Russia – in the hopes that it would not only prevent Tehran from acquiring a nuclear arsenal in the near-term, but also moderate its foreign policy and lead it to become a more “orderly” member of the international community. This did not occur as planned; rather, the increased economic bandwidth afforded by the JCPOA’s sanction relief increased Tehran’s capacity to allocate resources towards its proxies and associates throughout the region, encompassing but not confined to the Houthi rebels fighting the Saudi-backed government in Yemen, Hezbollah in Lebanon (and increasingly Syria), and various militias in Iraq. Israel and Saudi Arabia in particular were concerned by these developments; neither relished the prospect of having a robust, armed Iranian presence on their borders. However, with the election of Donald Trump in 2016, they sensed an opportunity.

The two states relentlessly lobbied the new president to drop the JCPOA with the intent of undermining Iran’s economic position. Trump would without much difficulty acquiesce and ditch the agreement, much to the satisfaction of the hawks within his administration. Nevertheless, in spite of the economic misery imposed by the subsequently renewed sanctions, Tehran has maintained its aggressive and ambitious foreign policy unperturbed. This would be encapsulated in September, when a drone attack on a Saudi oil processing facility caused the temporary shutdown of half the country’s total oil production. While the Yemeni Houthi rebels claimed responsibility for the move, there is evidence to suggest that missiles targeting the facility were fired from Iran across the Strait of Hormuz; regardless, the blame is ultimately attributable to Tehran in either scenario, due to their intimate support of the former.

It is damaging, but nevertheless predictable, for Tehran to elicit the fury of its natural adversaries in Riyadh, Jerusalem, Abu Dhabi and the like. Much more existential for Iranian ideological and geopolitical ambitions, however, is the mounting disgruntlement within states, such as Iraq and Lebanon, which are meant to be crucial elements within its emerging sphere of influence. In particular, the recent outbreak of protests in Iraq, while in part fuelled by resentment relating to persistent economic malaise and perceptions of corruption and dysfunction among the country’s governing elite, have come to centre around the increasing stranglehold exerted by Iran’s proxies over the political system. While he has since tendered his resignation in full, an earlier attempt on the part of the Adel Abdul Mahdi, the Iraqi Prime Minister, to step down was halted when Qassem Soleimani, the head of Iran’s Revolutionary Guard Corps, rushed to Baghdad and urged militia leaders to ensure that he stayed in office.

Inevitably, this only further enflamed hostility toward Tehran among the Iraqi protesters, one manifestation of which was the torching of the Iranian consulate in Najaf, a city in the country’s Shia dominated south. It was with this act that the most alarming aspect of the protests from the Islamic Republic’s perspective was laid bare: they were disproportionately constituted by Iraq’s Shia Muslims, who hypothetically should have been the most sympathetic demographic towards Shi’ite Iran.

Iran’s foreign policy ambitions and domestic economic difficulties are intimately linked, by virtue of the former’s inflammation of the latter. Ultimately, for better or worse, the de facto international order is structured in a manner such that, with a few key exceptions, countries that aggressively push back against the interests of the US and its allies can be easily excluded from the global economy. Iran lacks the sheer mass and geostrategic centrality of Russia, or China’s colossal economic power and deep entrenchment within the capitalist system – hence its disruptive, independent streak was bound to be punished. If its foreign policy projects were assuredly sustainable, Tehran might potentially be able to maintain its resistant tack. However, it is spreading an already meagre stock of resources perilously thin; if each outpost, whether it be Iraq, Yemen, Syria or Lebanon, steadily demands more of the regime’s bandwidth, sacrifices will at some stage have to be made.

This is not even to speak of the Iranian people themselves, teetering on the economic brink as they are. While the latest outbreak of unrest was successfully quelled through a combination of decisiveness and sheer brutality, it is difficult to see how the regime can maintain its legitimacy if it is forced to implement further austerity measures – a highly probable outcome considering the current trajectory of the country’s economy. Ultimately, the cardinal purpose of any government is to ensure the security and livelihoods of its subjects; the Iranian state’s exhaustive commitment to its imperial ambitions is manifestly causing it to fail in this crucial respect. Only time will tell if this course is a sustainable one.