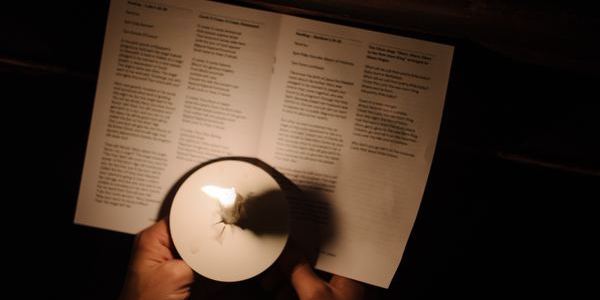 It’s my favourite Christmas story and arguably the most famous. Charles Dickens’s novel A Christmas Carol has had multiple renditions. From the original black-and-white films to the newer animated versions, everyone has hopped on the trend at one point, even the Muppets. Perhaps the novel owes its fame to its festive theme, meaning that at at least one point every year, it will be relevant. Or perhaps it established its name through its revolutionary take on the class system of the Victorian era as one of the most notable criticisms on how the rich treat the poor. However. what makes A Christmas Carol the unprecedented favourite it is? What place does the novel that we still study in school and which never fails to fill the Radio Times TV Guide in its film-remakes have more than 150 years later?

Some may say Dickens’s concepts are slightly outdated and too far beyond reality. A modern audience might turn their noses up at the idea of being visited by three ghosts on Christmas Eve. Nonetheless, I do believe the novel owes its success to the effectiveness of its simplicity. It’s a concept suitable for a range of audiences that makes the novel an enjoyable read in the fictional sense but also carries a wider underlying meaning. The story of a rich, grumpy and selfish banker – a frugal cynic who mistreats his clerk Bob Cratchit and walks through the poverty-ridden streets as if the people living on them don’t exist, speaks to an ever-lasting problem faced by humanity.

The inequalities observed by Dickens still exist today. As a result, his critiques are still relevant for us to take note of

The simple-but-effective plot makes it perfect for a commentary on society. We may not be living in slums on a wide scale in the UK any longer, but poverty and homelessness are still very much prevalent problems in our day and age. Politicians and corporations rake in millions, meanwhile on every London-street corner you find somebody sleeping rough. The Capital may now be filled with state-of-the-art skyscrapers, but that seems to make it even more ironic that there’s such a disparity between the general public and the 1%. The inequalities observed by Dickens still exist today. As a result, his critiques are still relevant for us to take note of.

As infantile as it may seem, the moral-of-the-story approach that A Christmas Carol takes is effective in portraying its meaning. Cliché? Maybe. But clichés are cliché for a reason: they often end up bearing a lot of truth. Ebenezer Scrooge, the main character, is shown what did happen, what is happening and what could result from his greed and negligence of others given the power he has. If he carries on this way, it’s implied that he is destined to an after-life in Hell. In the modern day where more and more people define themselves as atheist, you may question how this could hold any weight today. The story may be somewhat outdated in this sense, but that does not have to mean it is no longer relevant.

Our circumstances may change, but attitudes often don’t, and so A Christmas Carol will continue to remain a pertinent lesson for a while to come

Myths, for example, can always be applied as a lesson to be learned in everyday life, or rewritten to fit a modern setting, but the fundamental concept always remains the same. Maybe today it would resonate better if it was described as bad karma for his selfish actions, or if the Law of Attraction meant he only lead a life of misery for all the negative energy he was putting out there. Either way, religious or not, the idea remains the same and is still a principal many of us follow today: do good and you will receive good.

A Christmas Carol is an integral part of our Christmas tradition not only because it has a moral, but because it is focused beyond the superficiality of Christmas in an aspect other than its Christian origins. Perhaps in a time when consumerism dominates our daily lives, it’s easy to be blindsided and overlook aspects of life that do not revolve around us or the online social sphere.

Christmas is a particular time that makes us think about those who are living rough in the freezing cold, those who can’t afford flashy presents, or those who don’t even have family to celebrate it with. Dickens focuses in on how Christmas is a time of year that should remind us of others, and the importance of carrying out that philosophy year-round, not just for one day. Ultimately, I don’t think Scrooge’s lesson could ever not be relevant to humanity. Our circumstances may change, but attitudes often don’t, and so A Christmas Carol will continue to remain a pertinent lesson for a while to come.