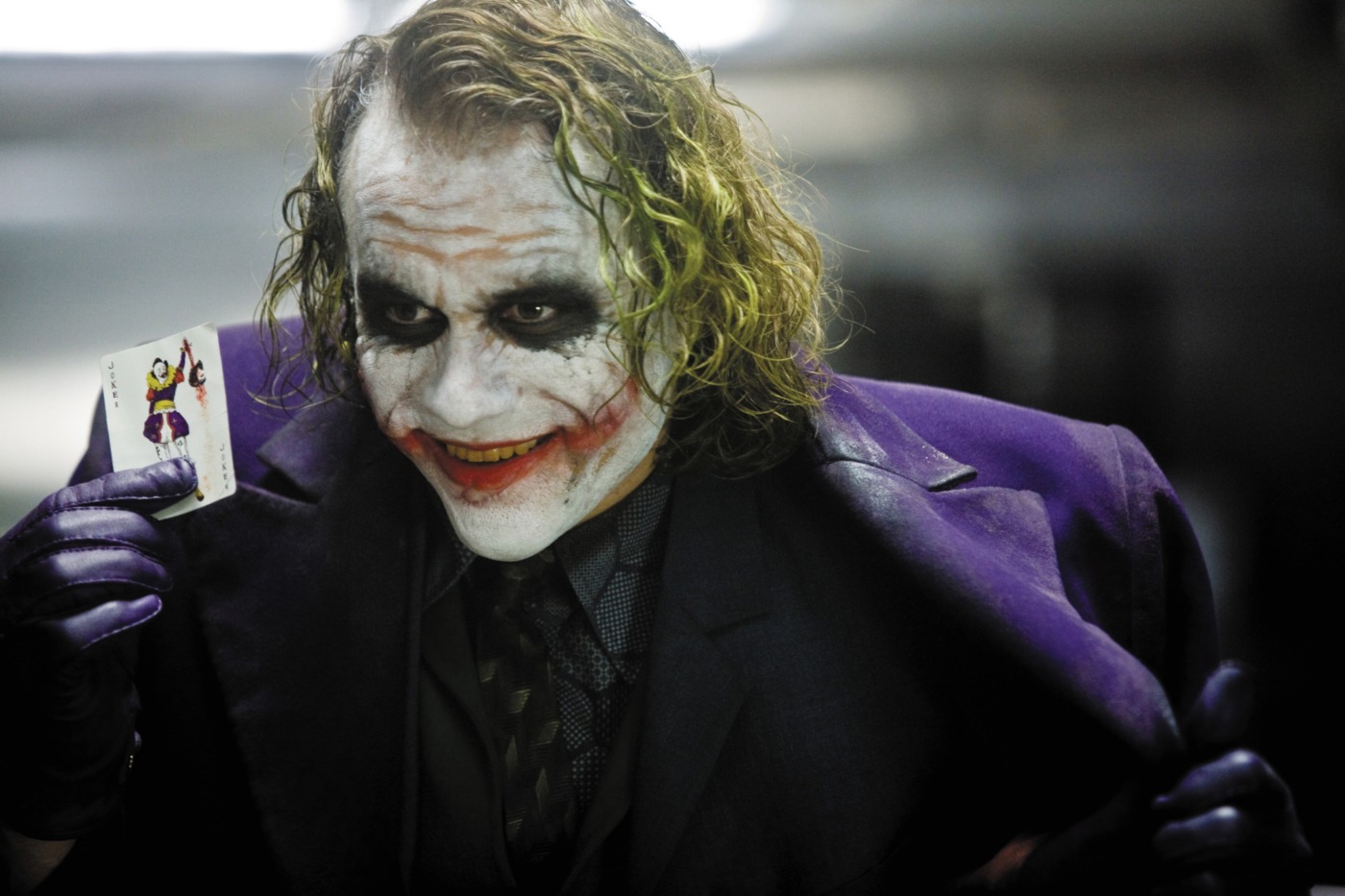 Of all the comic book villains causing mayhem across different grimy cities and cinematic universes, Batman’s arch nemesis is perhaps the most iconic of them all. Following the release of Joker in 2019, three writers make their case for the best incarnation of the clown prince of crime.

Despite all the kudos being brandished for Joaquin Phoenix’s Joker, I think you need to head back to 1989 for the best on-screen incarnation of the character. Only one actor has been able to capture the combination of menace, humour and unpredictability of the comic-book Joker, and that is Jack Nicholson. Given his penchant for playing mad men, Nicholson was perhaps an obvious choice for the character. He plays it close to the comic book – he falls in acid, he uses his notorious Joker gas and joy buzzers – and he’s a showy individual. The parade sequence is the best Joker stunt on film, and he also cracks jokes and even expresses romantic interest in Bruce Wayne’s partner. He’s multi-faceted and genuinely funny – he captures the Joker’s comedic side in a way that the other actors do not.

Nicholson creates a character who is quotable and fun, so well-developed as a person and yet always a terrifying and unpredictable threat

Importantly, too, Nicholson’s Joker doesn’t overshadow Michael Keaton’s Batman – you get a sense that they are two sides of the same coin, and the decision to alter his backstory to make him the killer of Wayne’s parents introduced an interesting personal dynamic into their conflict. Perhaps it’s unfair to compare – both Ledger and Phoenix produced bleak and gritty versions of the Joker that suited their individual films, while Nicholson is unquestionably just having fun. But, at the end of the day, I know what appeals to me more as a viewer. That Nicholson creates a character who is quotable and fun, so well-developed as a person and yet always a terrifying and unpredictable threat, is a testament to his portrayal.

It says something of the quality of a portrayal when, eleven years later, your own death sits at a distant second to the memories evoked by the terror, derangement and awe of your final performance. Heath Ledger’s Joker is, undoubtedly, the single greatest depiction of a comic book villain on screen, much less the finest incarnation of the character himself. A fully-fledged agent of chaos, Christopher Nolan’s clown prince of crime proved the absolute equal to a hard-nosed Batman, and Ledger’s chilling portrait of an amoral, fearless lunatic helped establish The Dark Knight in Hollywood folklore.

Ledger curated his outfit, makeup and mannerisms for the role, isolating himself for six weeks as he perfected what would become a slew of iconic features for the character. But what sets his portrayal apart from the rest is his commitment to ensuring his Joker – perhaps the most famous villain in pop culture (sorry, Vader) – was completely and utterly frightening. He is indisputably the villain, the bad guy, the subject of our dread – he poses no questions of morality or sympathy, instead transporting us into his crazy world of fear and fire with a demonic cackle and unwavering dedication to compete with his nemesis. As his Joker remarks, he’s not “a guy with a plan”, he just *does* things – and that’s what makes his character so compelling. Ledger created an individual who was a genius and a madman simultaneously, an unpredictable villain who dominated every scene he appeared in. It’s truly a shame that Ledger never got to witness the unanimous admiration for the monster he created.

Just when we thought we had seen every version of the Joker, Joaquin Phoenix stepped into the shoes of Arthur Fleck and portrayed the villain in a way no one had anticipated. Since its release in early October, Joker, directed by Todd Philips, has been widely revered by both critics and audience members alike, breaking box office records aplenty. Phoenix successfully brought the Joker to life, through not only his acting ability but the background story he provided the villainous icon. Phoenix re-imagined him entirely, with layers, flaws and life goals, making him someone we could simply pass on the street, as opposed to a global super-villain.

There is one defining element that sets Phoenix’s Joker apart from its predecessors; humanity

He portrayed the Joker not as a comical psychopath, but a man with struggles many can relate to, even bringing to light the repercussions of dealing with mental health in the early 80s. Phoenix took care to humanise the Joker, offering the most realistic version audiences have been exposed to since Ledger’s own portrayal, a break-through from Nicholson’s more comedic style. For the first time, we find ourselves sympathising with the Joker, maybe even empathising, and asking ourselves whether we are morally right in doing so. The version Phoenix has introduced to the world makes you question topical issues, initiating discussions beyond the confines of a popular franchise. He has introduced a Joker whose nemesis is societal inequality and not a man in a bat suit, and there is one defining element that sets Phoenix’s Joker apart from its predecessors; humanity.