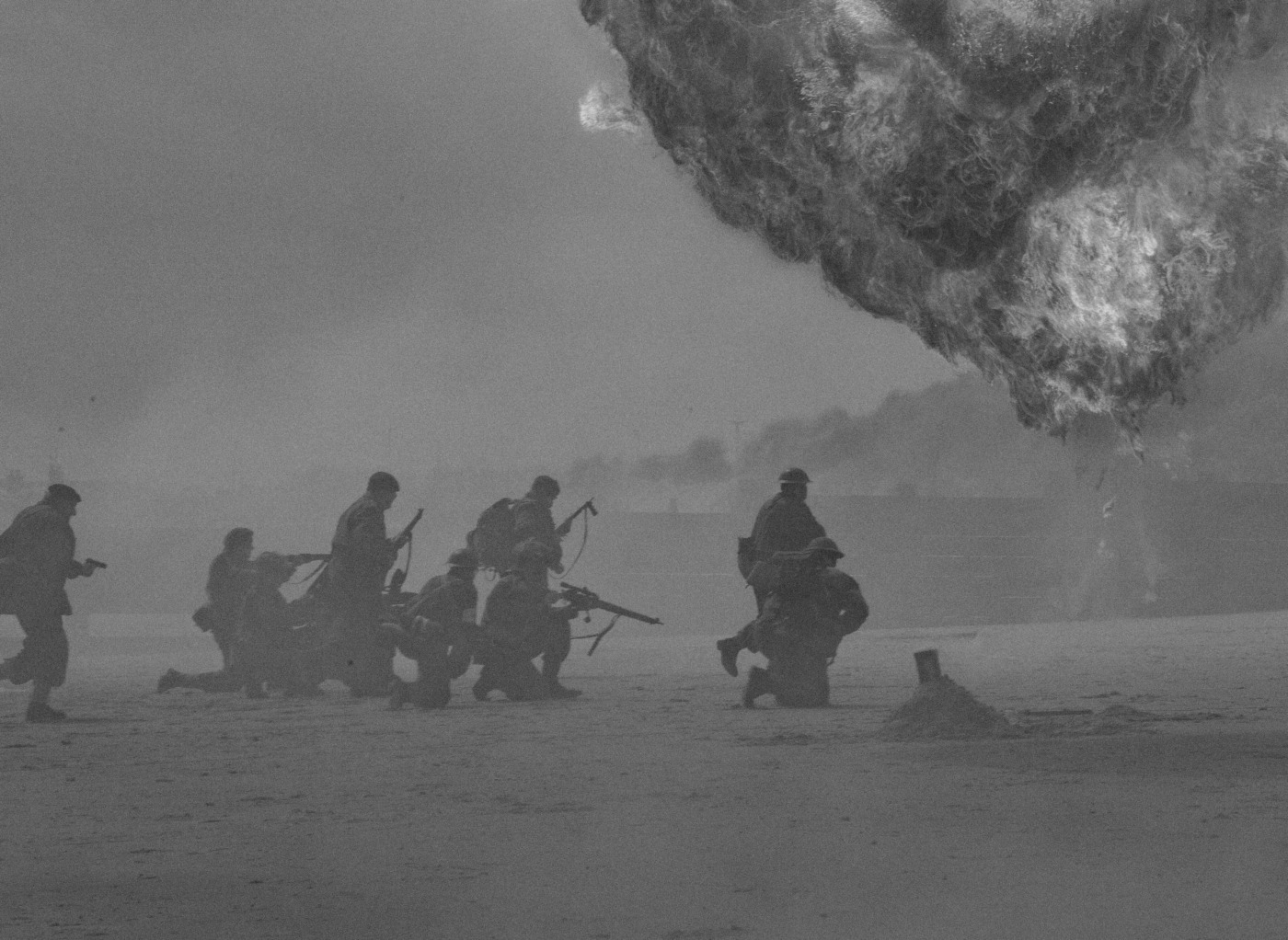 Over the summer, my family and I happened to be on the beach when the NRLI got a call. The alarm went off and suddenly men were running down the streets from their regular jobs, grabbing their uniforms and preparing the ramps to send two lifeboats out to sea – a little inflatable ahead, followed by one big, proper boat. Tourists crowded around until a man shouted for them to move so they could get the boats in the water – to save someone’s life.

I happened to be standing right where the boat pulled out and was fascinated by the way they all worked. These are men who volunteer to be part of the NRLI; who leave their regular jobs, regular lives, at a moment’s notice to try and save someone else’s. But afterwards, when my mum excitedly asked if I’d taken any pictures because I was so close, I found myself annoyed.

Someone could be dying right now, how could I possibly take a picture of that?

Why would I take pictures? Why would I do that when these people are risking their lives to try and save someone else’s? Someone could be dying right now, how could I possibly take a picture of that? Except this behaviour is now commonplace.

As humans we seem to have a strange attraction to the unpleasant, to death. I didn’t take pictures, but that doesn’t mean I didn’t stand and watch while the NRLI went out to sea. We’ve all been there. You drive past a car accident and you want to take a look, to see what’s happened.

War photography has been used as propaganda for years. As the saying goes, a picture tells a thousand words, and there’s something alluring about images rather than text. Images are hard to ignore. You can choose not to read an article on Iran, but see a picture of a dead child and it is immediately imprinted on your mind.

The very first war photographer’s name has been lost to history, but we do know that he was attached to the US forces fighting in the Mexican War in 1846 and 1847. Because of the technology of the time, the process for taking a picture could take up to ten minutes or longer to complete, and the subjects needed to stand completely still for the duration of the exposure. As such, there were no scenes of actual battle in these first images, but they did represent the first photographs as we know them of soldiers at war.

The first known and named war photographer was Carol Popp de Szathmari, a Hungarian who travelled to record more than 200 images of the Crimean War. French photographer Ernest Eduard de Caranza and British Roger Fenton also shot scenes of the conflict. While only nine of Szathmari’s photos survived to this day, more than 350 of Fenton’s are still viewable.

The technology for photographs was still very limited, which meant that subjects still had to stand still for long exposure times. This is one reason why most subjects in his work aren’t smiling. However, his work is admired today because of its artistic nature. The reality of war is still conveyed, despite there being no action shots or men in battle. Perhaps most notably, he didn’t believe in taking photos of dead bodies.

This is a topic of controversy nowadays, where shock value seems to take precedence over sensitivity. It can be considered a bold choice to photograph dead bodies, cut off limbs and explosions. There’s a certain beauty to destruction and an interest we all seem to have in pain and suffering. But does war photography glamourise war and the sacrifices people make, and oversimplify something that causes wreckage to people’s lives?

The line between creating sympathy, showing horror and not exploiting those whose lives are already in such turmoil seems to be an impossibly fine one. Except ultimately, war photography does feel like a form of art – walking this line is what makes some of those photos so incredible.

For me, one poignant photograph from WWII has stayed with me since seeing it years ago: men bandaged up, with an indescribable look in their eyes as they sit in a truck returning from the front. I can’t find that image now, but it’s imprinted on my mind. It’s images like this that seem to speak volumes more than just ‘war is bad’ or ‘war hurts people’. The way the photographer had captured those men was something beyond words, and the impact it had on me – the way it helped me to understand the gravity of WWII on a more personal level – was astonishing.

On the other hand, the constant bombardment of images of war on the news nowadays can begin to desensitise us. Despite claiming freedom of speech in the newspapers, images can feel like the use of these images for propaganda is occurring, albeit more subtly than in previous years.

David Shields explores the continuous argument that war photography glamorises the horrors in his book War is Beautiful. Shields targets the entire aesthetic of the New York Times, saying he was both repelled and attracted to the images. In the book he reproduces these images and puts them under headings of 10 “visual tropes or gestures” signifying the things he feels make the images inappropriate. These include ‘God’ and ‘Playground’.

The composure of the images goes against the chaos of warfare, but it seems elementary to reduce war photography into such basic ideals. The age-old problems with war photography are still prevalent today and not easily solvable: propaganda, morals and exploitation.

Having said that, and being someone who thinks war photography can be disrespectful, it’s true that this is what builds most of my intrigue. I find photography incredible, but I have to admit I can’t understand how people manage to take those pictures. To me personally, it feels wrong. Yet hypocritically I still see those pictures and think they’re incredible. It feels like tricky moral navigation.

Images have a way of capturing the emotion of a situation unknown to us, making them more tangible and feel closer to home

Arguably though, propaganda is important. Although the public appear to be much more enlightened on war and government intervention nowadays, it’s undeniable that WWII was largely won by the British through propaganda – whether that’s speeches, images or photographs. Refugee sympathisers today are, in part, people who have been moved by images of hundreds of lifejackets abandoned or dinghies filled to the brim with children, leaving behind everything they know in the hope of a better life. Images have a way of capturing the emotion of a situation unknown to us, making them more tangible and feel closer to home.

The Tony Blair selfie ‘Photo Op’ piece is a satirical piece of art. It shows Blair taking a selfie in front of a blazing oil field in Iraq, but it critiques war itself. The photomontage was created by political artists Peter Kennard and Cat Phillipps, who use this particular piece to demonstrate their own feelings towards the Iraq war and the truth about it. The original image was of Blair taking a selfie with a group of naval cadets during the 2005 general election campaign, which was then cut and changed using photoshop to create the background image of fire. This would’ve been impossible during previous wars, and it would’ve been illegal to challenge the war.

However, in this day and age, photos are being used not just as propaganda for war, but also as propaganda against it. Like most art, photos are being used to display political beliefs to make a statement. This photomontage of Blair shows how far photography and editing has come. The blend is so seamless: that many people who see the picture without context really do believe that it is real.

Though Kennard and Phillipps were not interested in making history, or recording history as previous photos may have done, they have unintentionally created a history painting. History is made up largely of images, and now it seems Blair’s fate as a politician is to be remembered in this image. Art cannot necessarily stop wars, but it has an astonishing hold on how they are remembered.

From photos of the horror of war, to those of satire, it’s no doubt that art and photography remain as one. Even in the most chilling of landscapes, the photographer maintains a motive. Perhaps, under the surface, that is what chills us most about these images. They show true human nature, both in their cruel content, and the potential of someone focusing on the destruction we have created and having the composure to capture it. How could anyone look at something so monstrous, so awful? Yet, maybe what’s truly terrifying, is that we can’t seem to look away.